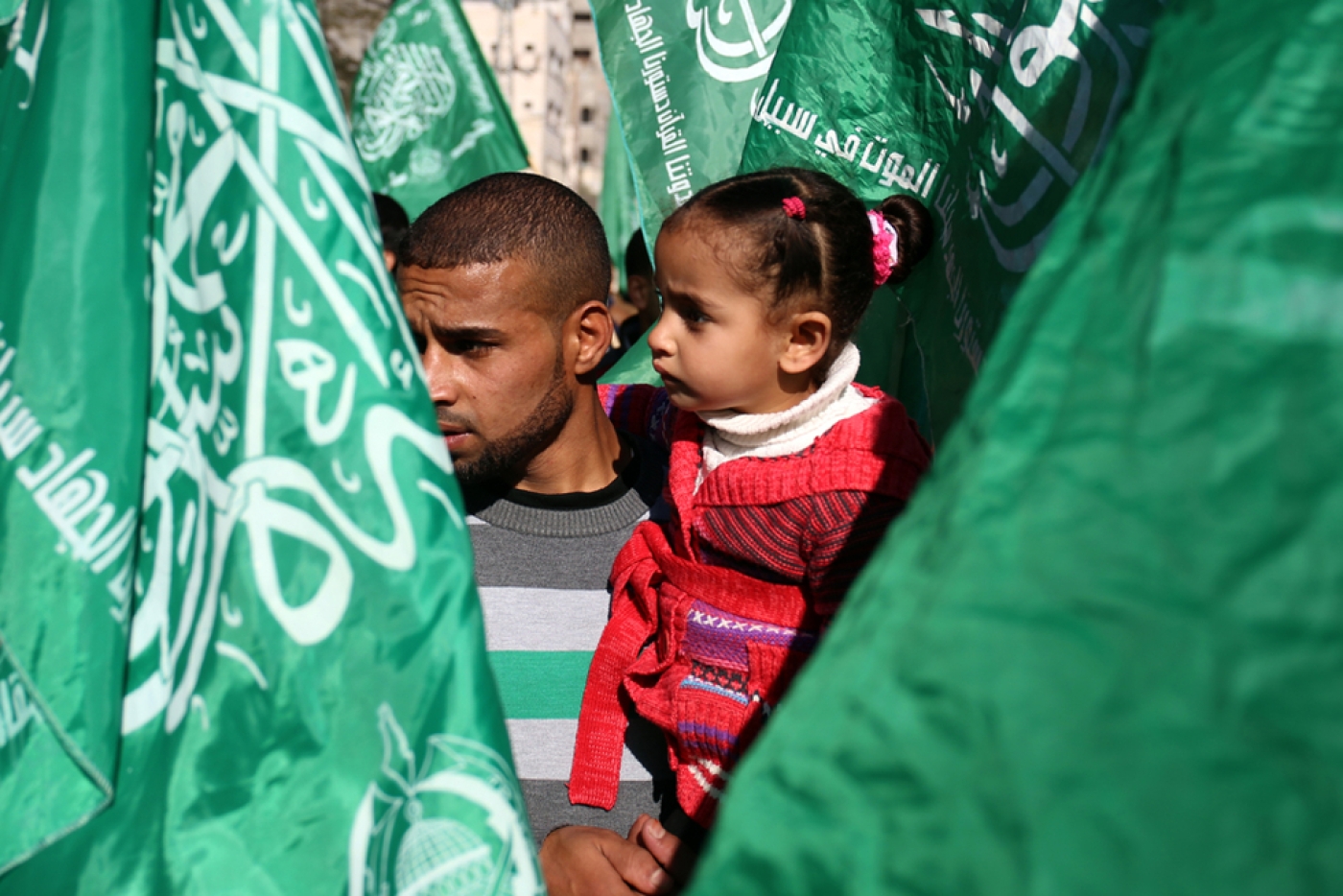 Hamas has officially recognised the Palestine Liberation Organisation (PLO) as the "national framework" for the Palestinian people, but calls for it to be "rebuilt on democratic foundations to safeguard Palestinian rights".

The historic recognition is contained in a new "reference" document unveiled in Doha on Monday, and stands in stark contrast to its original charter which was written as an alternative to the PLO.

Hamas calls for the PLO to be rebuilt. It states: "It should therefore be preserved, developed and rebuilt on democratic foundations so as to secure the participation of all the constituents and forces of the Palestinian people, in a manner that safeguards Palestinian rights."

It should therefore be preserved, developed and rebuilt on democratic foundations

For the first time, too, Hamas has formally accepted the borders of 4 June, 1967 for a Palestinian state. The acceptance falls far short of a two state solution, as Hamas refuses to recognise Israel, or "any alternative to full and complete liberation of Palestine from the river to the sea."

It also rejects the Oslo Accords and all agreements that stem from them.

It says it is only accepting the 1967 borders, with Jerusalem as its capital and return of refugees to their homes, as a "formula for national consensus".

Speaking in Doha after the unveiling of the document on Monday, Hamas political leader Khaled Meshaal said the document aimed to make "crystal clear" what Hamas actually believed.

“Hamas movement is a viable, renewable developing movement in their ideologically awareness and political performance as much as it is developing in its struggle and fighting aspects," he said.

“It is a natural outcome of the development of Hamas as a movement.”

He added that Hamas was "developing without losing the core principles or waiving the established rights and demands of our people.”

A Hamas source told MEE: "This is not the two-state solution, because each state will not recognise each other. Maybe some Arab states will be happy to hear about the '67 borders, but the conditions made to accept this will not be accepted by the Arab Peace Initiative."

"When we talk about the right of return, not accepting Israel's right to exist, not surrendering any part of Palestine, Israel will not be happy with this. This is not made to please any one of these external actors. This is made for and by the people of the movement to express themselves."

Israel immediately rubbished the document. David Keyes, a spokesman for the prime minister's office, said: "Hamas is attempting to fool the world but it will not succeed.

"They build terror tunnels and have launched thousands upon thousands of missiles at Israeli civilians. This is the real Hamas."

The third major pledge of the document issued on Monday is to state that Hamas's fight is with Zionism not Judaism. This is the biggest departure from its original charter, which was widely condemned both by liberals inside the movement and critics outside as being crudely anti-Semitic.

Although it continues to add the caveat that Zionism refers to Judaism and the Jews in identifying the land of Israel.

The status of the new document has been the subject of internal debate. Hamas officials say the document is meant as a new "reference point", although it does not replace its original charter which was written in 1988 when the movement was establishing itself.

A source with knowledge of the internal process which produced the document said: "Hamas is very sensitive because of the PLO's history, when the PLO was pressed into cancelling its charter.

"Hamas will not do so under pressure. This is why it is sensitive to say that the document is replacing the charter."

However the source said that unlike the charter, which was written by one man, Monday's document was the product of four years of internal debate and has reached a wide consensus throughout the movement.

There are a number of other departures in the document which is attempting to modernise Hamas's political vision and objectives.

The document makes no mention of the Muslim Brotherhood, which in effect abandons the connection which was stated explicitly in the 1988 charter.

It only says that Hamas is a Palestinian, national movement "with an Islamic reference".

It also mentions Christian Palestinians and their holy places, and is clearer about the importance of women and youth.

Whereas the Hamas charter took armed struggle as the basis of resistance to the establishment of Israel, the new document also refers to non-violent resistance.

It says: "Managing resistance, in terms of escalation or de-escalation, or in terms of diversifying the means and methods, is an integral part of the process of managing the conflict and should not be at the expense of the principle of resistance."

Compensation to the Palestinian refugees... goes hand in hand with their right to return

It also refers to the role of Palestinian civil society in achieving an end of the occupation: "Palestinian society is enriched by its prominent personalities, figures, dignitaries, civil society institutions, and youth, students, trade unionist and women's groups who together work for the achievement of national goals and societal building, pursue resistance and achieve liberation."

On one seminal point, the new document hardens Hamas's official language. It says that Hamas rejects all attempts to erase the rights of the refugees, including the attempts to settle them outside Palestine and the projects of the alternative homeland.

"Compensation to the Palestinian refugees for the harm they have suffered as a consequence of banishing them and occupying their land is an absolute right that goes hand in hand with their right to return," it says.

"They are to receive compensation upon their return and this does not negate or diminish their right to return."

The document is regarded as the last act of Meshaal, who is stepping down as leader of Hamas's political bureau.