Dani Dayan, Israeli diplomat and former leader of the Israeli settler movement, spoke to a near-empty auditorium after students staged a dramatic walkout 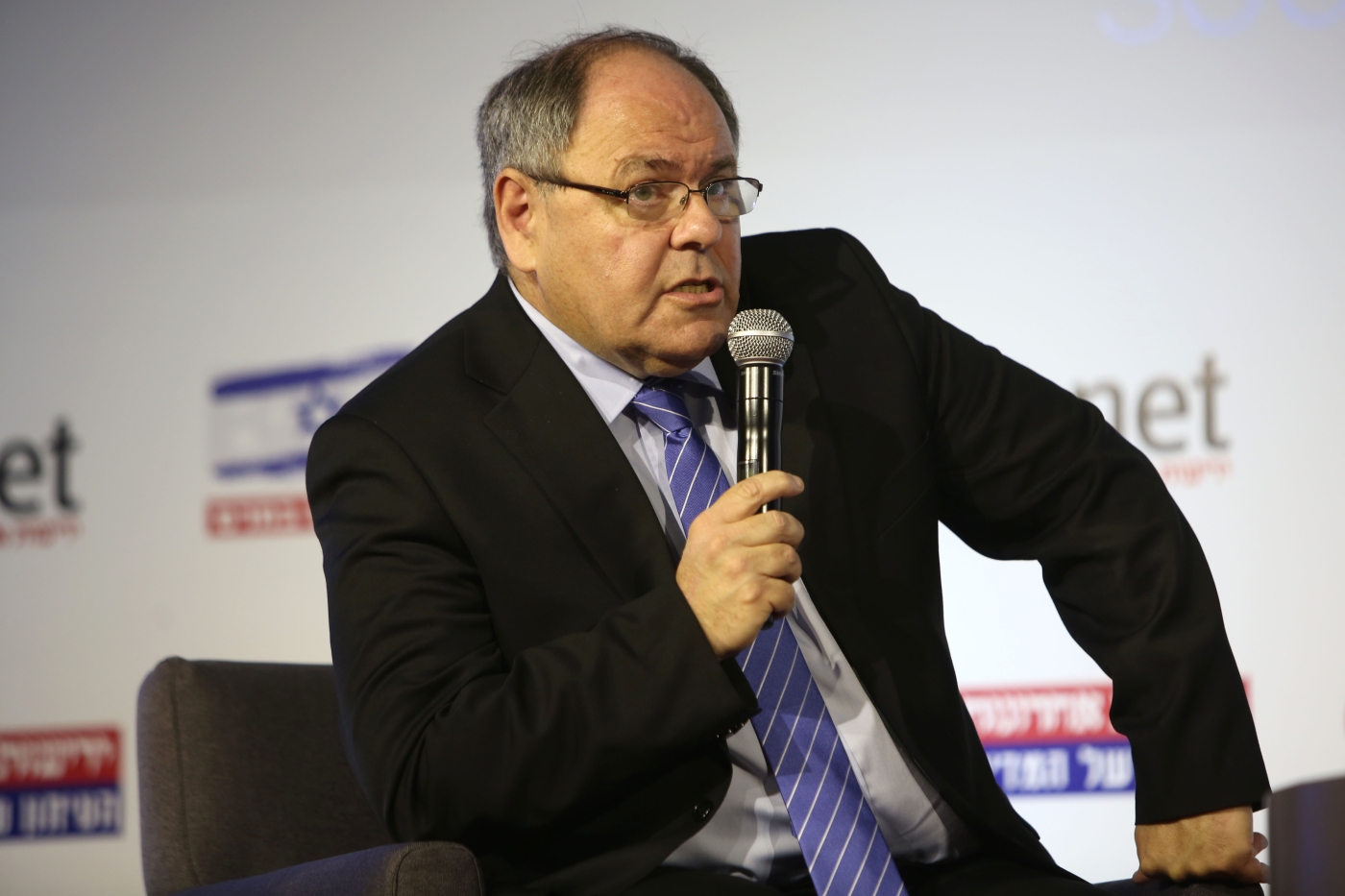 Students lifted placards that read 'Settlements are a war crime', then turned their backs on Dayan (AFP)
By
Azad Essa
in
New York City

On Wednesday, around 100 students staged a dramatic walkout during an event at the Harvard Law School, where Dani Dayan, Israel’s consul-general in New York City, was scheduled to speak.

Just as Dayan was about to begin his address, protesters who had taken up most of the mid-section of the auditorium, stood up, lifted placards that read “Settlements are a war crime”, then turned their backs on Dayan, and walked out in silence.

As the venue emptied, Dayan could be heard muttering: “I remember doing this in kindergarten.”

But it was the protesters’ silent action that carried beyond the auditorium.

Dayan was left to speak on “The Legal Strategy of Israeli Settlements" to a mostly empty venue.

On the internet, a video of the walkout went viral and words of encouragement and congratulations came pouring in for taking a stand and making Dayan uncomfortable.

“To have 100 people standing up all at once and silently, did leave an impact,” Samer Hjouj, one of the organisers of the protest, told Midde East Eye. “As soon as we found out about the event, we planned and it took a lot of time but we had a team at every school in Harvard, finding people to help us make it happen.”

Bravo to these students.

The former leader of Israel’s settler movement, considered to be one of the major stumbling blocks to the peace process, Dayan wrote in the New York Times in 2012 that "Israel’s settlers are here to stay".

Around 650,000 Israelis live in settlements in the occupied West Bank.

Settlements are illegal under international law and are considered a war crime.

Menachem Butler and Noah Feldman, with the Julis-Rabinowitz Program on Jewish and Israeli Law (who co-organised the event), told MEE that while it was perfectly appropriate for students to express disagreement and disapproval in this way, they had no regrets over hosting the event.

“Our programme invites people with very different views on Israel-Palestine. Dayan is an Israeli government diplomat who was stating Israeli government policy. International organisations do indeed deem settlements a Geneva violation. The government of Israel does not,”  said Butler, who is the programme coordinator for Jewish Law Projects.

Likewise, Feldman, who had introduced Dayan moments before the walkout, said the fact “that someone has views of international law that I or my government consider wrong does not mean that the view must not be engaged”.

But student activists said arguments that suggested this was a matter of tolerating diverse academic views were a distortion of the truth.

Hjouj said they had decided not to engage Dayan to avoid making an untenable position any more credible.

Rami Younis, a fellow at the Harvard Divinity School, who also helped arrange the silent walkout, said that given the Israeli consul-general was someone whose entire life had revolved around dispossession and theft, he “should be tried in an international court and not brought to speak in front of a ‘liberal’ audience”.

Likewise, Amaya Arregi, a student at the Fletcher School who also took part in the walkout, argued that even if academic freedom was paramount, she wondered how the Law School could justify “inviting an Israeli politician to talk about how they go about violating international law”.

“They gave him a big platform and he was going to speak unchallenged. The topic of the panel was precisely what legal methods Israel uses to advance their settlement project. We felt that Harvard Law was opening the door to such views to become normal in academic settings,” Arregi added.

Students also argued that Harvard was replete with Israeli viewpoints, including lectures from former Mossad operatives.

“Harvard brings in many Israeli speakers - from across the spectrum. But the Palestinian speakers have to be palatable to the administration. They would never bring someone like Omar Barghouti who endorses the boycott campaign,” Hjouj said.

But Hamzah Raza, a graduate student at the Harvard Divinity School, who participated in the walk-out, said that the successful action on Wednesday signalled to him that more and more young people in the US were growing supportive of Palestinian human rights.

“The fact that virtually the entire room walked out on him says something. People who continue to take such positions will find themselves speaking to more and more empty rooms,” he said.