IS hostages deadline passes, as negotiations appear to fail 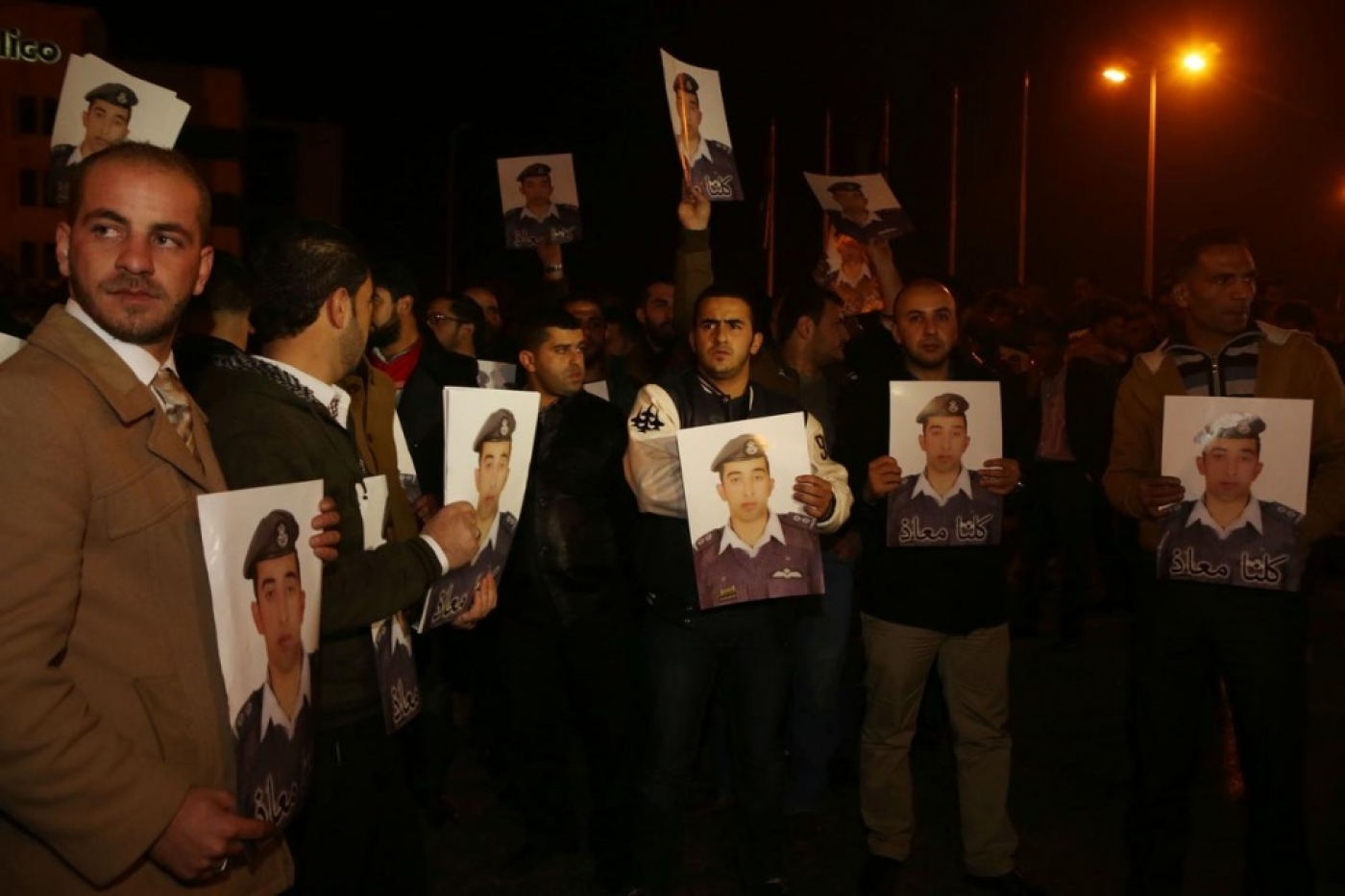 Negotiations between the Islamic State (IS) and Jordanian authorities to secure the release of a Jordanian and a Japanese hostage appeared to be have stalled on Thursday evening, as a sunset deadline set by the militant group seemingly passed without serious development.

IS are demanding an exchange for Sajida al-Rishawi, a female al-Qaeda operative who was imprisoned in Jordan for her links to a suicide bombing that killed 60 people in 2005.

A video from IS released on Tuesday said Kassasbeh would be killed in less than 24 hours unless Rishawi were freed.

However, there is yet to be any public response from IS over the condition of the pilot and journalist, with the Jordanian authorities demanding proof of life before proceeding with any exchange.

According to an activist with Raqqa is Being Slowly Slaughtered (RIBSS), an anti-IS group based in the IS 'capital' of Raqqa in Syria, militants could be seen waving hands in the air in a resilient gesture as the deadline drew to a close.

Jordanian spokesperson Mohammad al-Momani told Reuters an hour before the deadline was due to pass that they had “not received any evidence that Kassasbeh is alive. This is what we asked and have not received any proof."

Goto's wife released a statement on Thursday declaring her concern that her husband would not be freed.

"I fear that this is the last chance for my husband and we now have only a few hours left to secure his release and the life of Lt Mu’ath al-Kassasbeh," she said in an interview released by the Rory Peck Trust, a UK-based journalism training and advocacy group.

"I beg the Jordanian and Japanese government to understand that the fates of both men are in their hands. "

Kassasbeh's father, Safi al-Kassasbeh, begged the Jordanian government on Thursday "to meet the demands" of the kidnappers.

"All people must know, from the head of the regime to everybody else, that the safety of Mu'ath means the stability of Jordan, and the death of Mu'ath means chaos in Jordan," he said.

IS released a video on Sunday which appeared to show Goto holding a picture of a fellow hostage Haruna Yukawa, beheaded.

"We have been looking into its authenticity, but unfortunately at the moment we cannot help saying its credibility is high," said Japanese Prime Minister Shinzo Abe.

"Considering the unbearable pain and sorrow that his family must be feeling, I am speechless."

Japanese government spokesman Yoshihide Suga told journalists that Japan is working with nations in the region including Turkey, Jordan and Israel to secure Goto's release.

"As the situation is developing, I shouldn't comment on details. But, Japan and Jordan are dealing with the matter based on an extremely trusting relationship," Abe told reporters.

The hostage crisis has already caused reverberations in Jordan where two managers of a Jordanian news site were arrested, allegedly for spreading rumours that a hostage exchange had taken place between Jordanian authorities and IS.

The owner of the Saraya News site, Hashim al-Khalidi, and editor-in-chief Seif Obeidat were arrested earlier on Thursday under suspicion of having used their site to “propagate the ideas of a terrorist organisation.” They could face up to 15 years in prison if convicted.

"By order of the prosecutor general of the State Security Court, Hashim al-Khalidi and Seif Obeidat were arrested after the publication of rumours of the release of an Iraqi suicide bomber as part of a deal with IS," the source said.

They are accused of "having used means of communication to propagate the ideas of a terrorist organisation and actions that could encourage violence against Jordanians and acts of revenge.”

Saraya News reported on Wednesday that Rishawi had been freed and had arrived in Iraq to be handed over to IS in exchange for Goto.

This was quickly denied by the authorities.

Saraya, whose name means ‘Secrets’ in Arabic, put out a statement on Thursday regarding the arrest: “Saraya and the Jordanian press in general are the reserve forces of the security services and our brave army in fighting terror and terrorists.

“We submit voluntarily to the laws governing journalistic work in Jordan. We know that justice will be realised, and that our colleagues will be swiftly declared innocent.”

The Centre for Defending Freedom of Journalists (CDFJ), an Amman-based organisation that promotes press freedom in Jordan, issued a statement on Thursday warning journalists to be cautious in the information they publish regarding Kassasbeh.