An attack claimed by Yemen's Houthi rebels sparked a fire in a Saudi gas plant on Saturday but caused no casualties or disruption to production, state-owned energy company Saudi Aramco said.

"Saudi Aramco's response team controlled a limited fire this morning at the Shaybah natural gas liquefaction facility," the energy giant said, as quoted by AFP. "There were no injuries and no interruptions to Saudi Aramco’s oil operations."

A Saudi industry source told Reuters that there had been a "very minor impact" on a gas plant from the Houthi attack.

The Houthis have carried out a spate of cross-border missile and drone attacks targeting Saudi air bases and other facilities in recent months in what it says is retaliation for the Saudi-led air war in Yemen.

Earlier on Saturday, Houthi rebels in Yemen claimed they had attacked the Shaybah oil field in Saudi Arabia.

"The armed forces targets will increase day by day and the next operation will be more painful to the enemy."

The spokesman did not confirm when the attack had taken place.

Located in the east of the kingdom, close to the United Arab Emirates, the Shaybah oil field is operated by the state oil company Saudi Arabia Aramco.

The Houthis, who control Sanaa and most of Yemen's other populous areas, have stepped up attacks against targets in Saudi Arabia in recent months.

The Saudi-led coalition has targeted military sites belonging to the group, especially around Sanaa, which are complicating UN-led peace efforts.

The Western-backed coalition led by Saudi Arabia and the UAE intervened in Yemen in 2015 to try to restore a Yemeni government ousted from power in Sanaa by the Houthis.

The war has killed tens of thousands of people and pushed millions to the brink of famine. 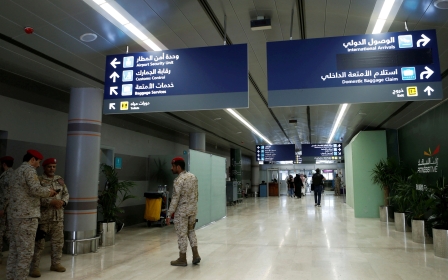