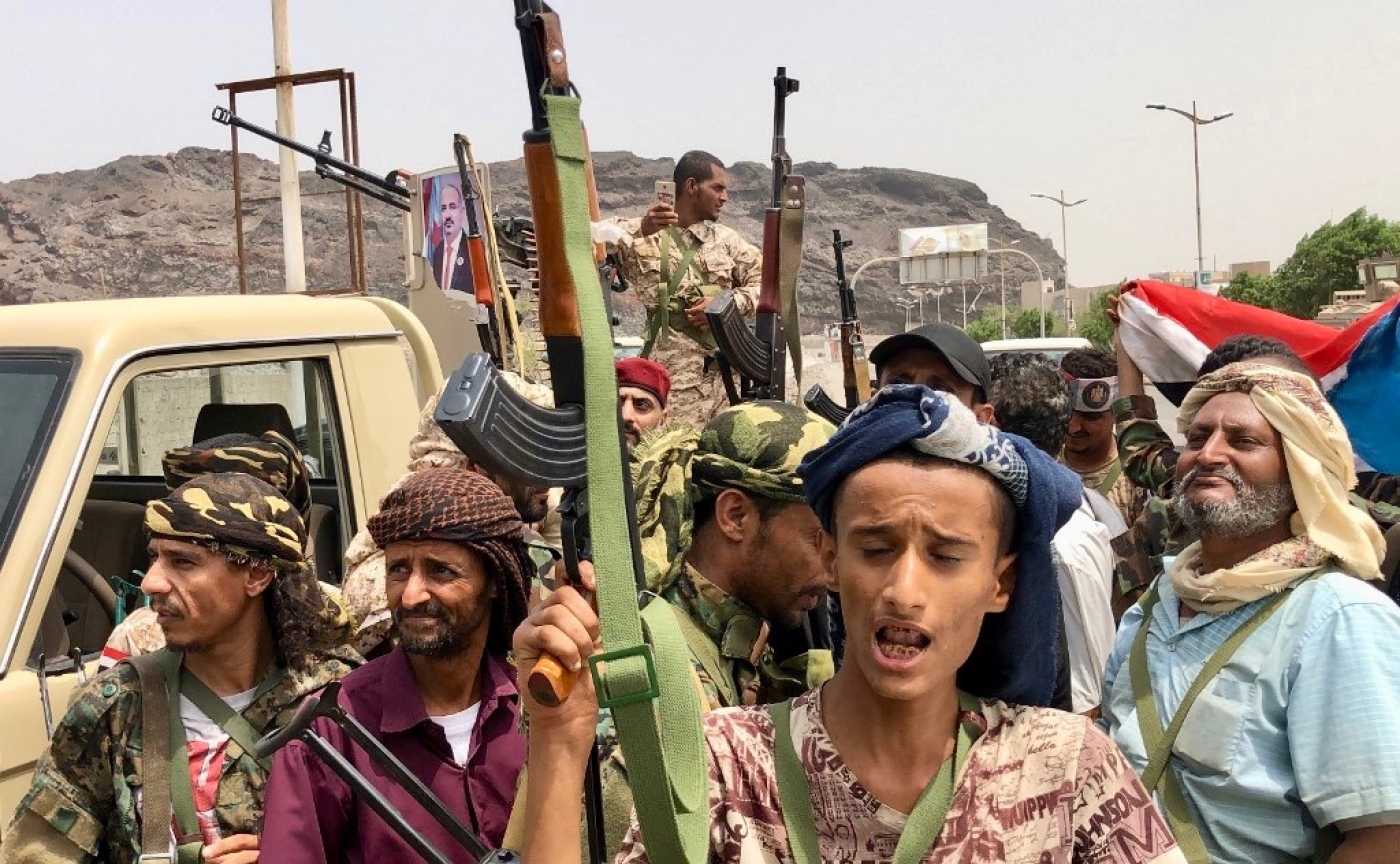 Yemeni southern separatists are pictured in Aden on 10 August (AFP)

With international efforts to solve the crisis evidently delayed, Aden’s clashes highlight how the wishes of pro-independence southerners have been forgotten in peace talks, which have focused on the conflict between the Houthi rebels and Yemen’s Saudi-backed government.

The Southern Transitional Council (STC), which declared southern Yemen’s independence in 2017, had been widely expected to launch an assault on Aden. Brewing tensions over the 1990 reunification of northern and southern Yemen reached boiling point in January 2018, when the southern separatists attempted to seize government facilities and military bases in Aden.

UN-led peace talks that began in December 2018 not only ignored the underlying complaints of corruption that initially triggered the Houthis’ revolt and instigated Saudi Arabia’s destructive bombing campaign, but they also completely disregarded the growing antagonism among secessionists.

These diverging goals [are] giving the Houthis more room to entrench in the north, further facilitating a north-south divide

Saudi Arabia and the UAE have jostled for influence in Yemen, while fighting on behalf of the same anti-Houthi coalition. Riyadh seeks to dominate Yemen by supporting the Hadi government, while keeping its southern neighbour weak and dependent on the kingdom’s support.

Abu Dhabi, meanwhile, desires an independent southern state to facilitate control over the country’s southern ports, resources and the island of Socotra, aiming to complement its bases in East Africa and to control the strategic Bab-el-Mandeb strait.

The UAE has been backing the STC and the Security Belt, a UAE-aligned militia operating independently from the Hadi government. Recent events have suggested they are more powerful than the weakened Hadi government, with these diverging goals giving the Houthis more room to entrench in the north, further facilitating a north-south divide.

The STC recently renewed calls for a political solution, noting that “for too long the South has faced a brutal marginalisation campaign” and that the current situation in Aden “offers a new opportunity for us to collectively get behind a credible political plan that is genuinely comprehensive and inclusive”.

The STC’s advances in Aden were celebrated in parts of southern Yemen, indicating that its rhetoric and strength has gained it support. At the same time, its claims of representing southern wishes for independence seek to manipulate pro-secession desires among civilians.

As the STC is a staunch, southern nationalist movement, northern Yemenis who live in the south face discrimination. Aden residents and officials have reported that many northerners were expelled from the city during recent clashes, while hundreds more were previously forced out. The STC’s rhetoric could create further divisions and stymie the opportunity for political harmony with the north.

The STC could also further utilise violence. But working with it is essential for peace. Last year, the STC stated that it would forcibly defend the south if peace talks ignored its wishes, and the group’s president recently warned of the need to “liberat[e] the remaining regions of the south in Hadramout valley, Beihan and Mukiras, which still continue to suffer from terrorism”.

Using such anti-corruption narratives to acquire support, as the Houthis have done previously, could benefit the STC in a future referendum, provided that it acquires enough international backing. How the UAE is destroying Yemen
Read More »

Yemen is already divided on paper, with the split reflected in the country’s two central banks, while Hadi’s government has little perceived legitimacy.

Paying more attention to southerners’ wishes could help to end some of the ongoing clashes. The failure to do so thus far reflects the international community’s unwillingness to truly understand the conflict.

The global community should support an agreement that benefits all Yemenis, giving both civilians and various factions a say - including independent southern Yemeni voices and secessionist factions. Equally, world powers and policymakers should condemn the divisive actions of Saudi Arabia and the UAE, which have further aggravated tensions.

But as ever with the world’s response to Yemen, it may be too little, too late.

Jonathan Fenton-Harvey
Jonathan Fenton-Harvey is a journalist and researcher focusing on conflict, geopolitics and humanitarian issues in the Middle East and North Africa. He has also worked for Al Sharq Forum, where he mostly researched Yemen and the UAE's regional foreign policy. Follow him on Twitter: @jfentonharvey 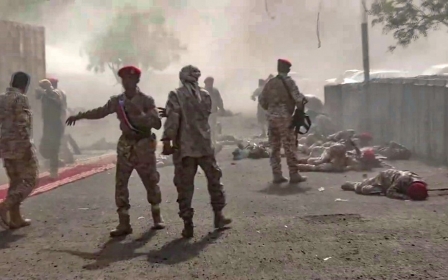 Yemen War
How will the Saudi-UAE alliance react to a rising Houthi threat in south Yemen?
Khalil Dewan