How Iran views the Turkish invasion of northern Syria 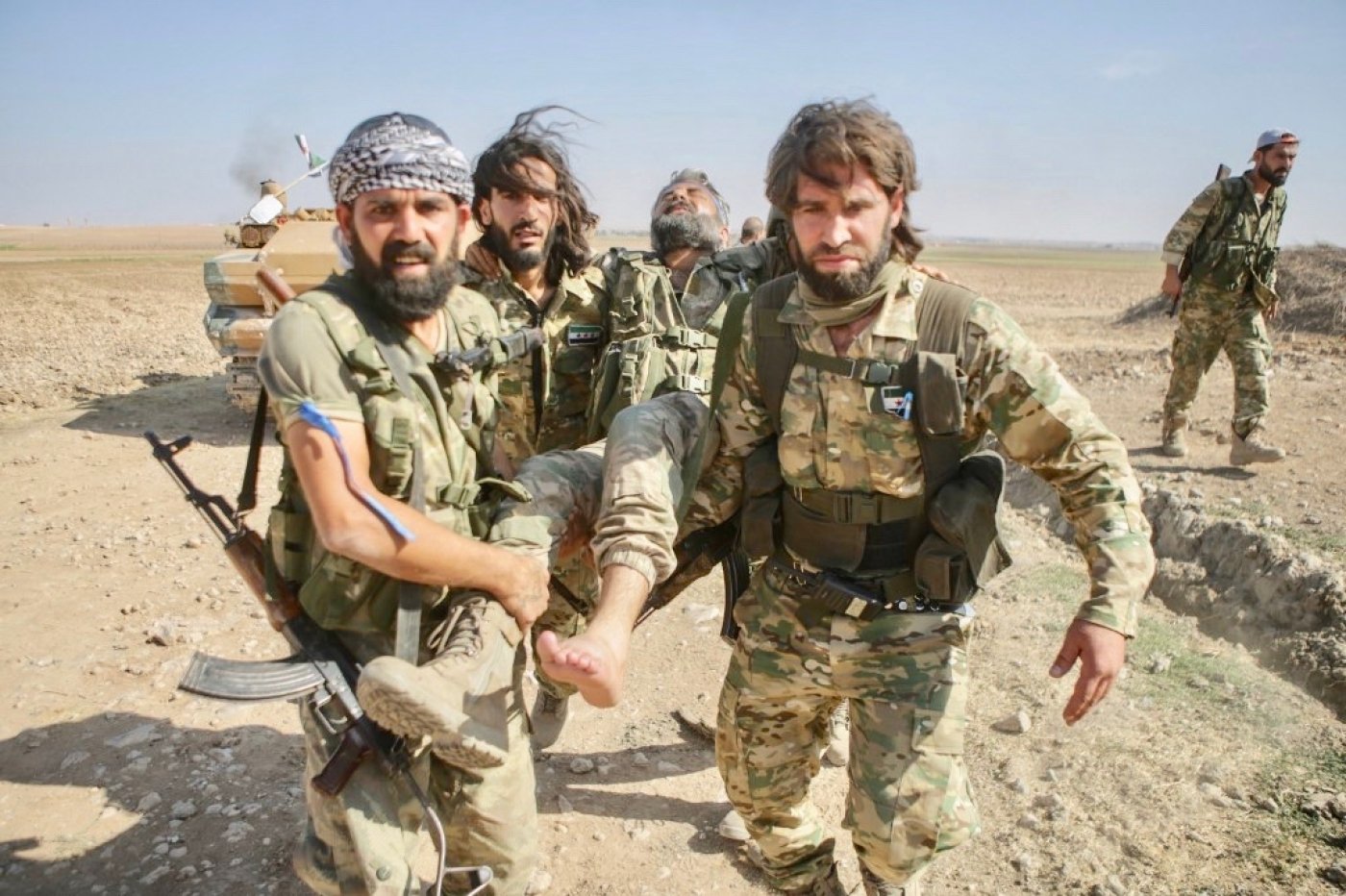 Like most Arab and European governments, Iran has condemned Turkey’s military offensive in northeastern Syria, which started shortly after US President Donald Trump abruptly ordered the withdrawal of American forces stationed along the border following a phone call with his Turkish counterpart, Recep Tayyip Erdogan.

Ahmed Aboul Gheit, secretary general of the Arab League - a regional organisation of 22 Arab states in the Middle East and North Africa - described the incursion as “a blatant violation of Syria’s sovereignty” that “could allow for the revival” of the Islamic State (IS) group, as the league called for a crisis meeting on Saturday to discuss its consequences.

In a similar vein, the European Union has strongly criticised the invasion, with EU high representative for foreign policy Federica Mogherini warning that the invasion risked "protracted instability in northeast Syria, providing fertile ground for the resurgence” of IS. Some European governments have also threatened sanctions and an arms embargo against Ankara.

Iran, Turkey’s close trading partner and neighbour to the northwest, has joined the chorus, but the stakes for it are fundamentally different - explaining why the Islamic Republic has not moved beyond verbal criticism and refrained, say, from deploying paramilitary forces under its command to defend Syrian sovereignty and Kurdish-held territories.

The Iranian foreign ministry expressed “concern” on Thursday over Turkey’s military operation, which had started a day earlier and demanded “an immediate stop to the attacks and the exit of the Turkish military from Syrian territory”.

Turkey has stated that its offensive seeks to remove the Kurdish-dominated Syrian Democratic Forces (SDF) coalition from northern Syria.

Iran’s Foreign Minister Mohammad Javad Zarif had earlier flagged up a 1998 security pact signed between Turkey and Syria - commonly known as the Adana agreement - as a legal framework for peacefully establishing security on the Turkish-Syrian border.

According to the accord, then-Syrian president Hafez al-Assad pledged to shut down the bases of the Kurdistan Workers Party (PKK) - which Ankara regards a terrorist group - in Syria and expel its leader Abdullah Ocalan from the country. 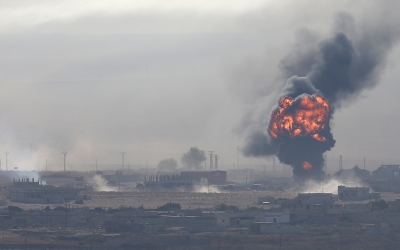 “The Adana Agreement between Turkey and Syria - still valid - can be the better path to achieve security. Iran can help bring together the Syrian Kurds, the Syrian government, and Turkey so that the Syrian army together with Turkey can guard the border,” Zarif tweeted, summing up his suggestions in an interview with Ankara’s state-run news channel TRT World.

Tehran’s provisional Friday prayers leader Ahmad Khatami highlighted the Saudi plight in Yemen on Friday, warning Ankara not to fall into a similar “trap” and create a “new quagmire” for itself.

“This military action will fail to achieve Turkey’s objectives while stoking Kurdish nationalism and probably prompting them to reach a reconciliation with Damascus,” Diako Hosseini, director of the World Studies Programme at Iran’s presidential Centre for Strategic Studies, told MEE. “It might also lead to a long war of attrition and drag Turkey further into the predicament in northern Syria.”

This does not, however, mean that Iran sees no silver lining in the development.

While officially expressing opposition to Ankara’s explicit violation of Syrian sovereignty, the Iranian leadership seems to treat it as a blessing in disguise for a number of reasons.

Despite emphasising the need for a peaceful resolution of tensions, Tehran might calculate that even if Turkey wins the battle, it would ultimately be easier to expel from the area Ankara-allied Syrian militants - some of whom have close ties with al-Qaeda and its affiliates - than US-backed Kurds who enjoy the political support of western powers.

Given the likelihood that neither Tehran nor Damascus will accommodate the establishment of an autonomous Kurdish enclave in northeast Syria - let alone an independent state - it would serve them well to let Turkey do the dirty work and then take action against it as “liberators” of Syrian lands from foreign “occupiers”. 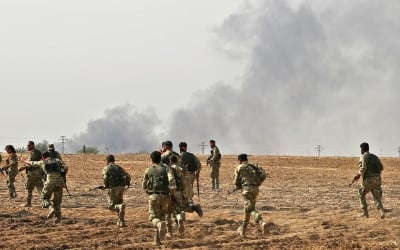 Russia, the most influential ally of Syrian President Bashar al-Assad, is likely to tag along, as it has joined forces with the Syrian army to drive out militants from Idlib in the northwest despite a “demilitarisation” agreement with Turkey within the Astana peace framework.

Still, such a scenario can be more difficult for Damascus and its Iranian and Russian allies to implement if a triumphant Turkey manages to populate areas currently held by Kurds with millions of Syrian refugees and impose a new demographic order on the ground.

Secondly, the Islamic Republic and the Assad government are deeply wary of the Kurds' progressive model of governance in the Rojava administration in northeast Syria.

Based on “democratic confederalism”, it has served as a source of inspiration for other Kurdish minorities in the region to seek autonomy and independence. It was Rojava's gender-egalitarian and eco-protective governance that galvanised Iraqi Kurds in September 2017 to hold an independence referendum in the face of opposition from the central government in Baghdad, although the latter ultimately thwarted their aspirations with massive Iranian assistance.

Tehran does not want Syrian Kurds to act as a role model for its restive Kurdish population along the border with Iraq. The Iranian army held unannounced military drills near the border with Turkey on Wednesday, the same day Ankara launched its incursion into northeast Syria.

“Iran’s Islamic Revolutionary Guards Corps (IRGC) has common cause with Turkey in undermining Kurds and precluding their independence on the one hand, while it is also concerned about the empowerment of Turkey-allied Syrian rebels and how they might weaken the Assad rule,” Saeid Golkar, an IRGC expert at the University of Tennessee and author of Captive Society: The Basij Militia and Social Control in Iran, told MEE.

“While Tehran is obviously very happy with the gradual withdrawal of American forces from Syria, IRGC’s policy is dual containment and debilitation of Syrian Kurds and Ankara-backed rebels at the same time.” 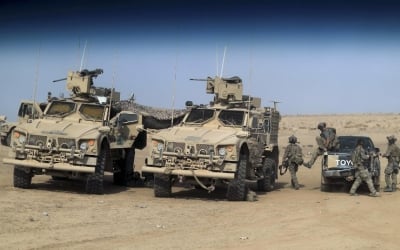 The SDF - of which the Kurdish People’s Protection Units (YPG) is a core part - appears to have formed close relations with Israel, Iran’s regional arch-foe, over recent years. There have been intelligence reports that a series of Israeli drone and missile strikes against Tehran-allied Popular Mobilisation Forces (PMF) positions in Iraq were launched from Kurdish-held territories in northeastern Syria.

This provides further motivation for Iran to hold Shia militia forces back and let its Turkish and Kurdish rivals in Syria bleed each other as dry as much as possible.

Given the Erdogan government’s tense relations with Israel, the Iranian leadership can at least rest assured that northeast Syria will not turn into a “launchpad” for Israel to stage attacks against Iranian installations and interests across the region, if Turkey succeeds in expelling Kurdish militias from the area.

All told, a prolonged Turkish invasion is likely to widen differences between Ankara on the one hand and Tehran and Moscow on the other, and may persuade Assad’s two main allies to step in more forcefully.

“Iran and Russia are both averse to showing Turkey a harsh response, but if it does not end its military offensive in Syria soon, they might decide to apply more pressure on Ankara, which, coupled with growing international pressure, could complicate the situation for Erdogan,” Hosseini concluded. 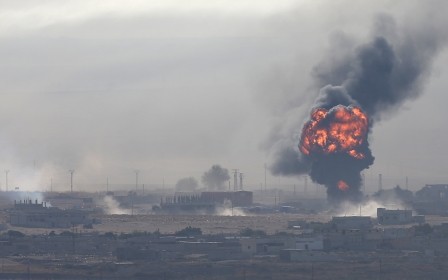 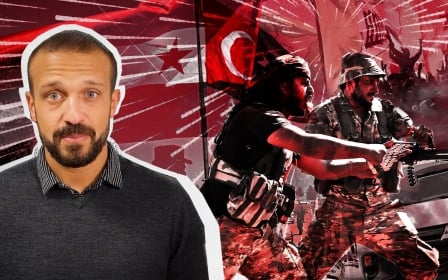 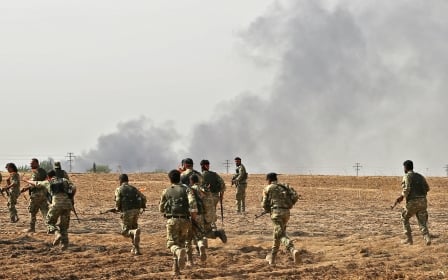