How is the Middle East reacting to increasing US-Iran tensions?

Here's how regional powers have reacted to the threat of a US-Iran war, following attacks on oil tankers in the Gulf on Monday 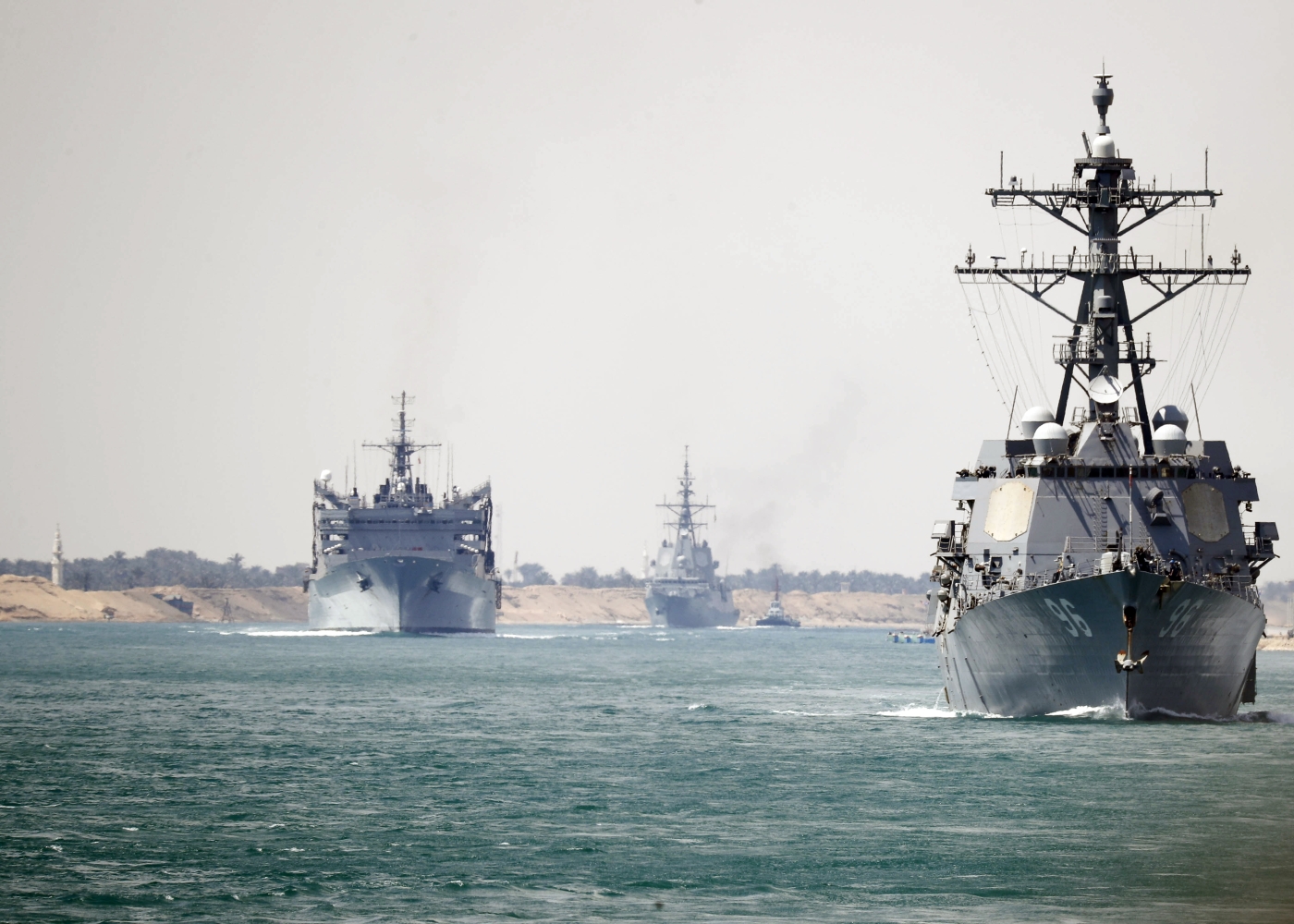 The US Navy's Abraham Lincoln Carrier Strike Group transits the Suez Canal. The carrier group passed through the Suez Canal 9 May, Egyptian authorities said, as the group headed towards the Gulf amid rising tensions between Washington and Tehran (AFP)
By
MEE staff

With tensions once again ratcheting up in the Gulf, the international community has held its breath as a long-feared conflict between the US and Iran appears to inch increasingly closer.

The US has blamed Iran for attacks on oil tankers in the Gulf and President Donald Trump warned on Monday that if the Islamic republic "do[es] anything, it would be a very bad mistake ... if they do anything they will suffer greatly".

On Thursday, however, Trump responded to journalists' questions about whether the US would head into an all-out war with Iran with: "I hope not."

Meanwhile, the European Union on Monday called for "maximum restraint" following a meeting with US Secretary of State Mike Pompeo.

"It's always better to talk than rather not to, especially when tensions arise," said Federica Mogherini, the EU's diplomatic chief. "Mike Pompeo heard that very clearly from us today, not only from myself but also from other EU member states, that we are living in a crucial delicate moment where the most responsible attitude to take is that of maximum restraint."

In the Middle East, the call from most governments has been for de-escalation, particularly from those who are likely to find themselves dragged into any fighting:

The UAE's foreign minister told Bloomberg on Wednesday that his country wouldn't "jump the gun" and blame Iran for the attack on ships off its coast.

In a briefing, Anwar Gargash said his country was "very committed to de-escalation" and would be exercising "caution and prudence" amid a "brittle, difficult" situation.

According to Israel's Channel 13, Prime Minister Benjamin Netanyahu, usually the number one hawk on Iran, told his security chiefs to "take steps to isolate Israel from any developments and ensure Israel is not dragged into this escalation".

The news channel reported on Wednesday that the meeting concluded that Tehran was not an "immediate concern".

Another longtime rival of Iran, Saudi Arabia released one of the harshest condemnations of the attack on the oil tankers on Monday.

"It is an act of sabotage that affects the safety of international navigation and the security of world oil supplies," permanent representative of Saudi Arabia to the UN Abdallah al-Mouallimi said in a letter to the UN Security Council on Wednesday.

"Consequently, the Kingdom of Saudi Arabia condemns in the strongest terms these terrorist attacks and calls upon the international community to take a firm stand towards those responsible for such provocative and subversive operations."

An editorial in Saudi Arabia's Arab News on Thursday went even further and called for attacks on Iran.

"Iran must not go unpunished ... in our considered view, there has to be deterrent and punitive action in order for Iran to know that no sinister act will go unpunished; that action, in our opinion, should be a calculated surgical strike."

The Syrian government, a longtime ally of Iran, whose forces have sided with President Bashar al-Assad in the country's eight-year civil war, on Friday called on all parties to exercise "restraint" in the Gulf.

"The Syrian government calls on all sides to exercise restraint because escalating tensions in the Gulf would not benefit countries in the region," state news agency SANA quoted a foreign ministry source as saying.

A source told Al-Jazeera that Qatar's foreign minister had visited Tehran earlier this week, with a view to de-escalating the situation in the Gulf.

He said that he "did not know" if the foreign minister was carrying a message from the US.

Iraq is likely to bear the brunt of any conflict between Iran and the US, and the government has been keen to push for calm.

On Wednesday, in reference to threats by the US to attack Iran-backed groups in Iraq, Iraqi Prime Minister Adel Abdul Mahdi told reporters that Iraq had not observed "movements that constitute a threat to any side".

"We clarified that to the Americans - the government is doing its duty to protect all parties."