The organisation called for charges to be dropped against three women who were arrested in Iran in January following the beginning of anti-government protests in the country.

Nargess Hosseini, who was arrested on 29 January, became famous after a photo began circulating on social media of her standing on an electric utility box without her headscarf on Tehran's Revolution Street. She has since been released on bail.

Her lawyer has said she faces charges of "openly committing a sinful act," "violating public prudency," and "encouraging immorality or prostitution". Her trial date is set for 24 February.

Azam Jangravi and Shaparak Shajarizadeh were arrested in February under similar circumstances. Jangravi has since also been released on bail, but Shajarizadeh remains in jail.

"For decades Iranian authorities have imposed a compulsory dress code on women violating their basic freedom to express themselves and restricting access to economic and social opportunities for anyone who refuses," said Sarah Leah Whitson, Middle East director at Human Rights Watch.

"Now when women are peacefully protesting a discriminatory dress code, authorities are adding to their misdeeds by arresting them."

Compulsory dress codes were imposed in Iran following the 1979 Islamic Revolution, but many women have pushed back against the regulations, often covering the bare minimum of their hair.

In late December, Tehran's police chief announced that there would no longer be arrests for not wearing the headscarf in the capital.

"Those who do not observe the Islamic dress code will no longer be taken to detention centers, nor will judicial cases be filed against them," Tehran police chief General Hossein Rahimi told a reformist newspaper.

However, since the outbreak of a wave of protests against government corruption and unemployment, at least 29 people have been arrested for campaigning against the wearing of the garment.

Some conservatives in Iran blamed the campaign on Masih Alinejad, an Iranian women's rights activist based in the US, who launched the My Stealthy Freedom campaign in in 2014 which calls for Iranian women to post pictures of themselves without the headscarf on social media.

Both Hosseini and Jangravi have denied that Alinejad was behind their protests and have stated in media interviews that they chose to demonstrate independently.

HRW said countries should not be legislating what women can or cannot wear, including laws restricting wearing religious garments.

"Women in Iran and elsewhere should be free to dress as they please," Whitson said.

"This includes deciding whether to wear a headscarf or not, no matter what those in power think." 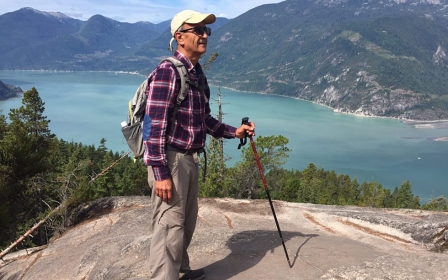