Kavous Seyed-Emami, a prominent Iranian-Canadian environmentalist who died in prison after his arrest on espionage charges (AFP)
By
MEE and agencies

Three environmentalists have been detained in Iran, a conservative-linked news website reported late Friday, the latest in a series of arrests of wildlife campaigners in the Islamic republic.

"Members of the Association for the Protection of Nature in Lavardin were arrested by a security agency. The allegations against them are unknown," Tabnak reported.

The environmentalists were arrested in Bandar Lengheh in the southern Hormuzgan province on the Gulf coast, the website said.

The arrests are the latest to target environmental campaigners. Earlier this month prominent Iranian-Canadian environmentalist Kavous Seyed-Emami, 63, died in prison a fortnight after he and seven others were arrested for espionage.

Iranian authorities claimed Emami committed suicide in his cell. The Iran Sociology Association, of which Emami was an active member, released a statement after new of his death questioning the claim that he took his own life.

"The information published about him is not believable and we expect officials to respond and to provide the public with information concerning his death," the statement said.

Emami’s family have also questioned the official claims and said they were threatened by the authorities. In an interview with the New York Times, Emami’s son Ramin Emami, a well-known singer who appears under the stage name King Raam, called on Iranian authorities for "a transparent investigation".

Emami and others were accused of "gathering classified information in strategic areas…under the coverage of scientific and environmental projects," Tehran's prosecutor, Abbas Jafari-Dolatabadi, said earlier this month. He added that they had "installed cameras ... to monitor Iran's missile activities, sending information to foreigners".

"Those cameras, for instance, are for shooting wildlife, their range doesn't go beyond 25 meters," he said. "They are cheap and can be bought anywhere. Even if they wanted - which they didn't - how could they spy on the missile programme with those?" 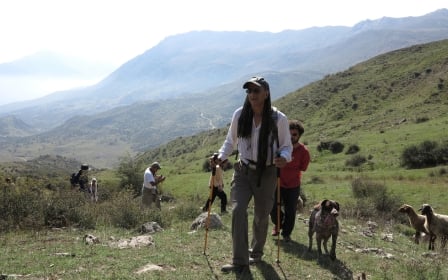 Inside Iran
Iran's elections should be 'free', Ahmadinejad writes to Khamenei