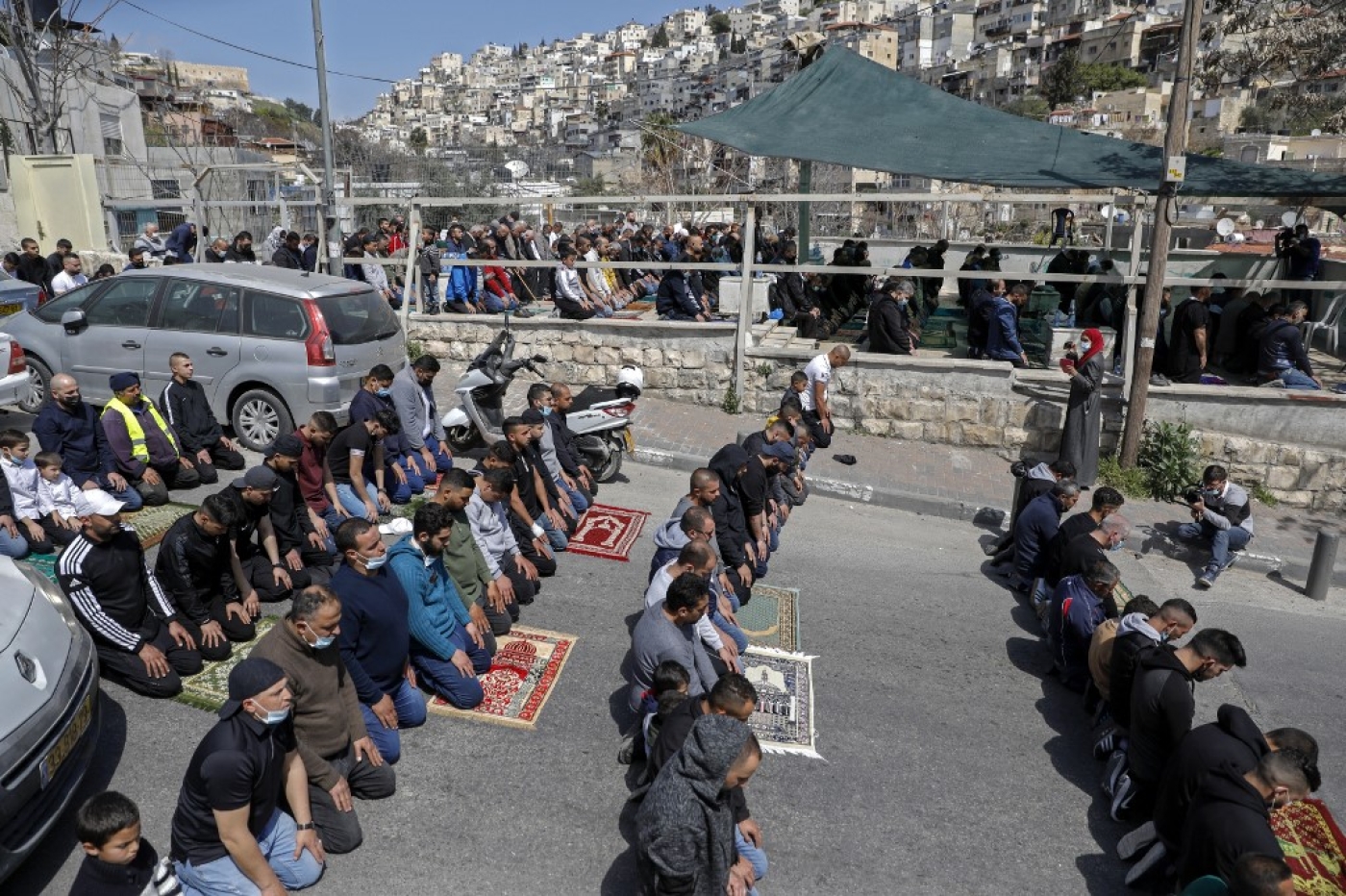 Palestinians say Friday prayers near a protest tent against the demolition of 100 houses by Israeli authorities in occupied East Jerusalem, 19 March 2021 (AFP)
By
MEE staff

Hundreds of Palestinians in occupied East Jerusalem demonstrated on Friday in protest at an Israeli municipality plan to demolish 100 properties in order to make way for a “biblical” tourism park.

Al-Bustan neighbourhood lies south of the wall of Jerusalem’s Old City near the Silwan, Batn al-Hawa and Wadi al-Hilweh neighbourhoods.

Since 2007, the area has been a site for Israeli archaeological excavations hoping to find the biblical city of David, and digging underneath Palestinian houses has been ongoing since then.

On Friday, hundreds of Palestinians gathered to pray in the streets in protest at the plans.

Fakhri Abu Diab, a resident of Silwan and community activist, told Middle East Eye Israeli authorities planned to expel Palestinian residents, who have been based around the Old City of Jerusalem for hundreds of years, and gradually settle the area with 25,000 Israeli settlers.

“The plan is to Judaise the area, and this requires demolishing Palestinian houses and expelling its residents and imposing new facts on the ground. Israel has a clear intention to ethnicly cleanse Palestinians from al-Bustan for its close distance to the Old City’s wall and Al-Aqsa mosque,” Abu Diab said.

He added that Palestinian residents of al-Bustan had reached an agreement through lawyers and human rights groups with the Israeli municipality of Jerusalem to freeze the plans, but the municipality had dismissed it.

The Israeli municipality decided instead to move ahead with its plan to build Gan Hamelech Park on al-Bustan's land and link it to the City of David park, after demolishing 100 properties, home to almost 1,550 Palestinians, 63 percent of them under 18 years old.

Alongside it, Israeli authorities announced in November that they were starting excavation works in the Silwan area to prepare for the construction of a cable car, a controversial project that would dramatically alter the historic Old City of Jerusalem and expand the Israeli presence in the Palestinian-majority neighbourhoods.

Israeli demolitions of Palestinian houses in al-Bustan have been justified on the grounds of residents not having a building permit. However, Israel makes it virtually impossible for Palestinians to get those permits, while the Israeli government announces and expands settlements in East Jerusalem and the occupied West Bank regularly. 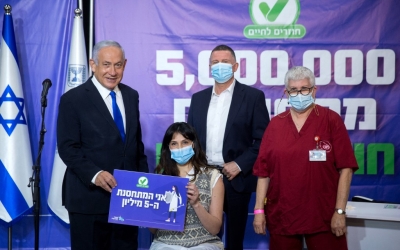 Qutaiba Odeh, a resident of al-Bustan whose house is threatened with a demolition order, told al-Ghad TV that Israeli settlers had been active and built 73 settlement units in the Silwan area.

“Israeli occupation authorities have been planning to demolish al-Bustan houses to build a biblical park for tens of years,” Odeh said.

In November, Israeli rights group B’Tselem published a report revealing that Israeli demolitions of Palestinian properties had hit a four-year high, making hundreds of Palestinians homeless in East Jerusalem and the West Bank.

The latest figures are the highest since 2016, when a record-breaking number of house demolitions left 1,496 Palestinians homeless.

Israeli demolitions, on the grounds of lacking building permits, are widely viewed as illegal, according to international law. OCHA, the United Nations’s humanitarian office, has called on Israel to stop the practice. 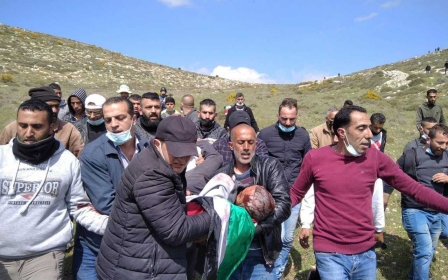 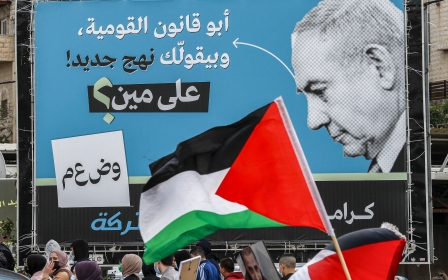 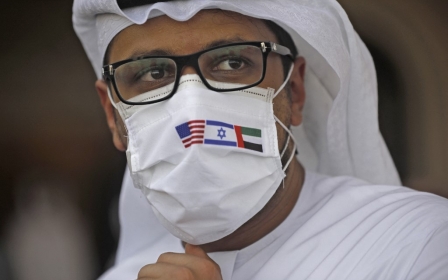