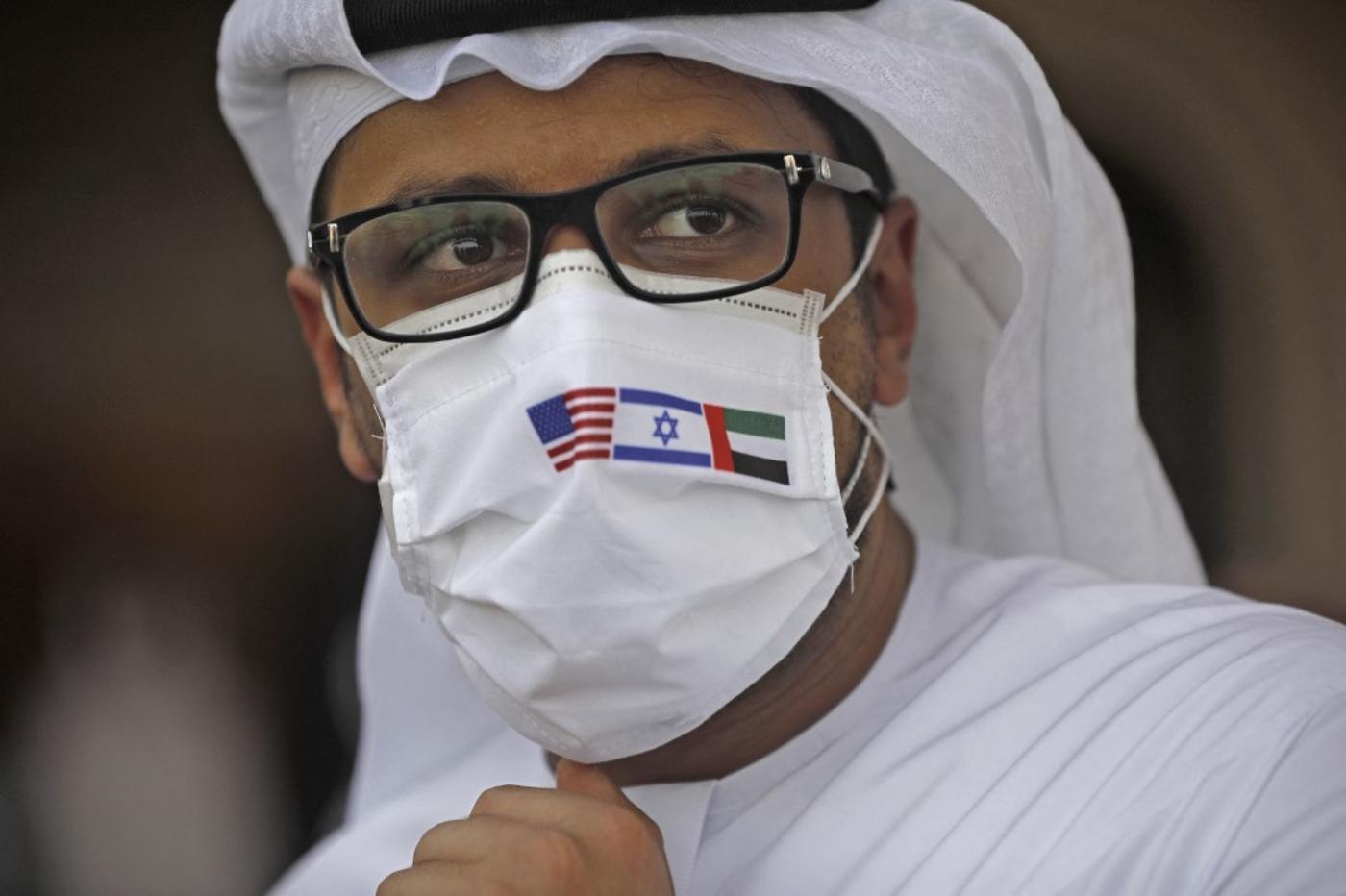 An Emirati man, wearing a protective mask with the flags of the US, Israel and the UAE, upon the arrival of the first commercial flight from Israel, 31 August 2020 (AFP)
By
Mustafa Abu Sneineh

The United Arab Emirates has suspended preparations for an unprecedented summit with Israel, as frustration grows with Israeli Prime Minister Benjamin Netanyahu's abuse of the normalisation deal between the countries to boost his election campaign, Yedioth Ahronoth has revealed.

The summit was scheduled to take place in April in Abu Dhabi, with US Secretary of State Antony Blinken set to be in attendance. Officials from Sudan and Israel were also going to take part in a formal signing ceremony to mark their resumption of diplomatic relations. Emirati officials are particularly angry at Netanyahu’s trumpeting in interviews and election conferences of an agreement between UAE and Israel to establish an investment fund of $10bn aimed at strategic sectors in Israel.

The UAE said last week that the fund “will invest in and alongside Israel, across sectors including energy manufacturing, water, space, healthcare and agri-tech.”

However, the Emirati tone has since changed following Netanyahu’s statement that Abu Dhabi’s Crown Prince Mohammed bin Zayed had “volunteered” to invest the money in the Israeli economy.

Sultan Al Jaber, UAE minister of industry and advanced technology, told The National that the investment fund is in its early stages, and it is “commercially driven and not politically associated.”

“We are at a very early stage in studying the laws and policies in Israel,” Jaber said.

Anwar Gargash, UAE former minister of state for foreign affairs, said that his country would not be dragged into internal Israeli politics and election campaigns.

“From the UAE’s perspective, the purpose of the Abrahamic Accords is to provide a robust strategic foundation to foster peace and prosperity with the State of Israel and in the wider region. The UAE will not be a part in any internal electioneering in Israel, now or ever,” Gargash tweeted.

In Israel, Amos Malka, the former head of the Israeli military intelligence, Aman, and active investor in the Emirati civil surveillance system, lambasted Netanyahu in a tweet, without mentioning his name.

Malka accused Netanyahu of poor diplomacy, saying that “he has no border, he has no integrity, he has no maintenance of diplomatic moves.” “But… This is how it is when you fight for your life, you lose every limit. everything's permitted!!!” Malka tweeted.

He was referring to the corruption charges hanging over the Israeli prime minister, which could land him in prison for up to ten years. Netanyahu, who denies any wrongdoing and has called the charges a "witch hunt," is running in the fourth election in two years on 23 March, opposite several rivals who are attempting to unseat him from power.

Netanyahu had planned several visits to the UAE for a photo opportunity with bin Zayed, which he could use in his election campaign, but none has taken place.

Last week, a tit-for-tat row between Israel and Jordan pushed the Hashemite kingdom to deny Netanyahu’s helicopter into its airspace to board a flight to Abu Dhabi.

This was after Israel's decision to cancel the Jordanian crown prince's plans to visit Al-Aqsa Mosque in the occupied East Jerusalem. Though Amman cleared its airspace for Netanyahu after several hours, he still decided not to fly to the UAE. 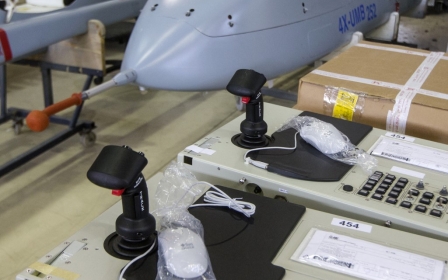