‘I was dreaming of his bright future’: Israeli air strike ends three children's lives in Gaza 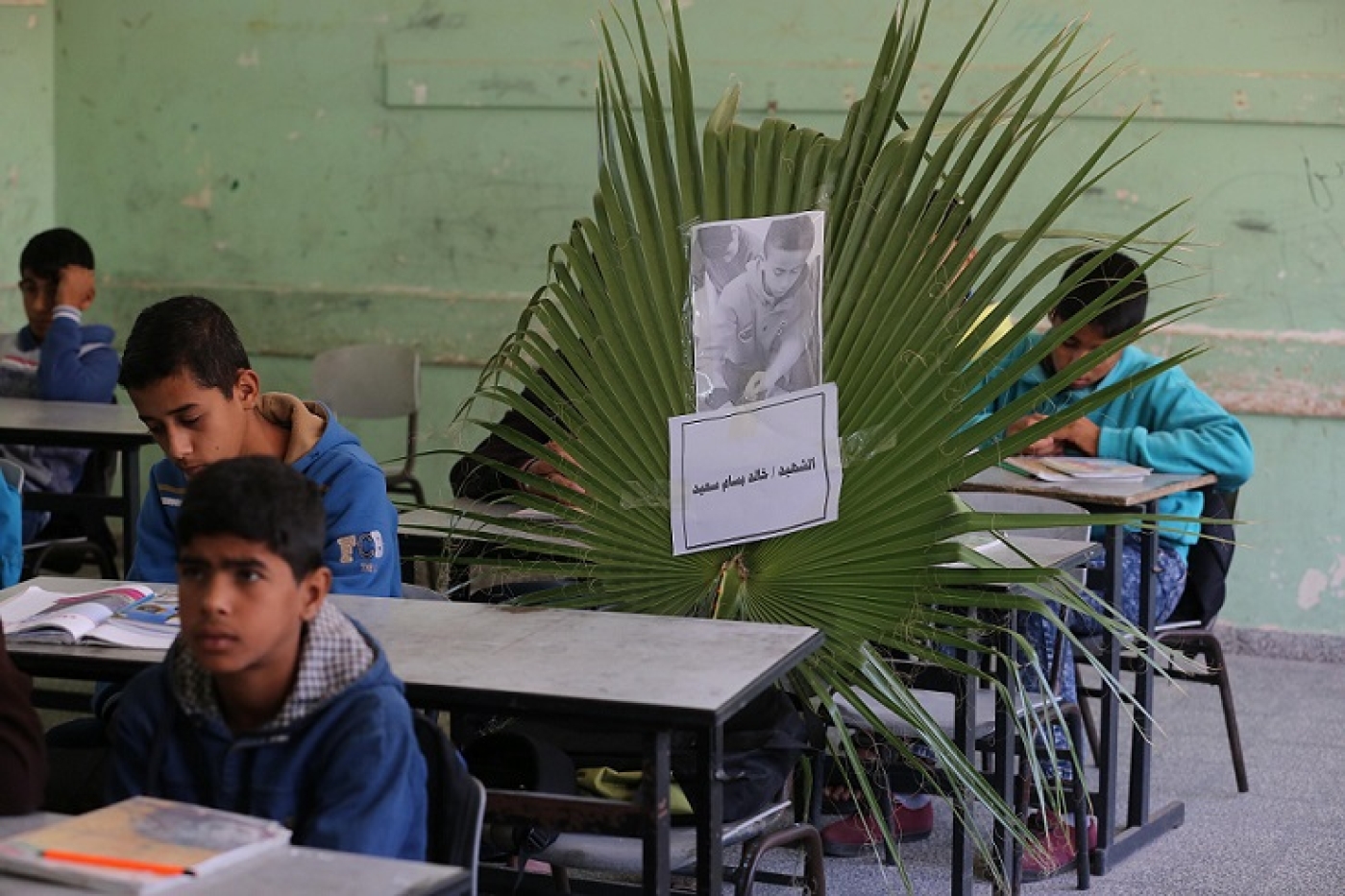 GAZA CITY – Khaled Bassam Saeed, 14, Abdul Hamid Abu Zaher and Mohammed Ibrahim al-Sattari, both 13, were such close friends that if one was absent from school, the others would stay home.

The three young teenagers often played into the night near their homes in the Wadi al-Salqa neighbourhood of the Gazan city of Deir al-Balah, and then would head in the morning to the Bilal Bin Rabah School where an instructor said they were model students who kept busy.

My son loved nature and always wanted to plant trees in our land. He did not even know what an explosive device looks like

“They were energetic and loved sport," Muhammed Afana, their teacher, told Middle East Eye. "They did not spare an effort to enrol themselves in any school activity related to sport."

On Monday, their school seats were empty after an Israeli air strike targeted the three near the fence separating Gaza and Israel on Sunday evening.

Class carried on with the names of the three boys put on palm fronds and laid on their chairs while thousands of Palestinians came out on the streets of Wadi al-Salqa for their funeral.

The killing of the three children raises the death toll of Palestinians killed since the Great Return March protests kicked off in March to 218, 19 percent of whom are children, Ashraf al-Qedra, the Palestinian Ministry of Health in Gaza spokesman, told MEE.

The Israeli army's Arabic media spokesman Avichay Adraee has said that Israeli forces targeted the three children as they attempted to “tamper with the security fence and apparently placed an improvised explosive device".

But the boys' relatives have said the three were out playing and rejected any notion that they would have had weapons in their possession.

“How could children this age place an explosive device? Every time they kill someone, the Israeli forces claim they were holding a weapon or a bomb,” Muhammed Abu Zaher, the father of Abdul Hamid, told MEE. “These are children, they do not know how to make or place explosive devices.”

Khaled Saeed’s mother said: “My son loved nature and always wanted to plant trees in our land. He did not even know what an explosive device looks like."

“Abdul Hamid and Mohammed were Khaled’s friends and they used to hang out very often. I never expected the Israeli forces would target them as all they would do was to play in the lands adjacent to our neighbourhoods," she said.

The Palestinian Ministry of Education in Gaza said in a statement released on Monday that the three children were “brutally executed and directly targeted with premeditation using missiles and artillery shells, which makes us wonder what guilt of offense they have committed”.

On Monday, family members and teachers remembered the three boys, who grew up together in the same neighbourhood, as teenagers with promising futures ahead of them.

Afana, their instructor, said: “The three of them were self-disciplined and I am not saying this only because they were recently killed. They were indeed a true example of well-behaved students."

'Is this Israel’s democracy? Killing children and women for merely demanding their right to return?'

Aisha Abu Zaher, Abdul Hamid’s mother, said her son loved his school and insisted on attending classes and seeing his friends, even when he was sick.

“His dream was to complete his education and get married and have a family, but one Israeli missile put an end to his dreams for exercising his basic right of existing on his own land," she said.

“Israeli forces do not need an excuse to target and kill children. They just do it whenever they want, and once they do, our children turn to be the oppressor according to their narrative,” Aisha said as she cried.

Abu Zaher said Abdul Hamid was her favourite son as he was “smart and obedient”.

“He always told me he wanted to live a better life and contribute to improve the family’s living conditions by working so hard,” she recalled. “He told me he wished he could bring me money and gold, and that he aimed to buy us agricultural land in the future. The ambition and willingness he had resembled that of an adult.”

The grieving mother said her son only wanted to hang out with his friends when the Israeli army targeted them. “I saw him before he went out last night. He performed al-Maghreb prayers and joined his friends. He did not hold anything that would provoke the occupation forces," she said.

Khaled's aunt received the news of her nephew's killing at midnight. "It is not true that Khaled and his friends tried to place an explosive device near the fence. The children went out to play like they used to do every night. It is not our fault that our lands are near the security fence," she said.

“Is this Israel’s democracy? Killing children and women for merely demanding their right to return?”

Sarah Pritchett, a spokeswoman for the Euro-Mediterranean Human Rights Monitor, told MEE that “even if the children attempted to place an explosive device near the security fence, the Israeli forces have clearly violated the principle of proportionality which stipulates that the harshness of the action should match the seriousness of the crime".

“In the worst scenario, the Israeli forces could open fire near the place where the children were allegedly placing the explosive device and they would stop and run away," she said.

"But instead, the forces immediately put an end their lives by directly targeting them with a missile."

The raid that killed the three children followed an escalation of violence on the Gaza Strip, where the Israeli army carried out dozens of air strikes across the besieged enclave in the early hours of Saturday.

According to the Israeli news outlet Ynet, the Israeli strikes came in response to rockets fired from Gaza into southern Israel. Islamic Jihad claimed responsibility for the rockets, saying in a statement that they were sent in retaliation for the killing of five Palestinian protesters on Friday.

Earlier this month, Amnesty International called on the Israeli government to “rein in its armed forces" which the human rights organisation said has "routinely used unnecessary or excessive force" during the weekly demonstrations. 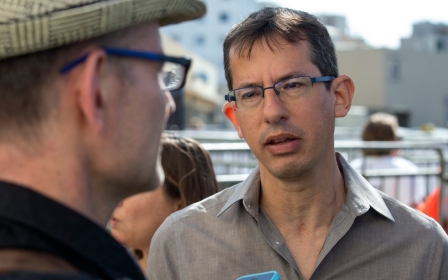