'I wish we had all died together': How Idlib's siege is devastating families 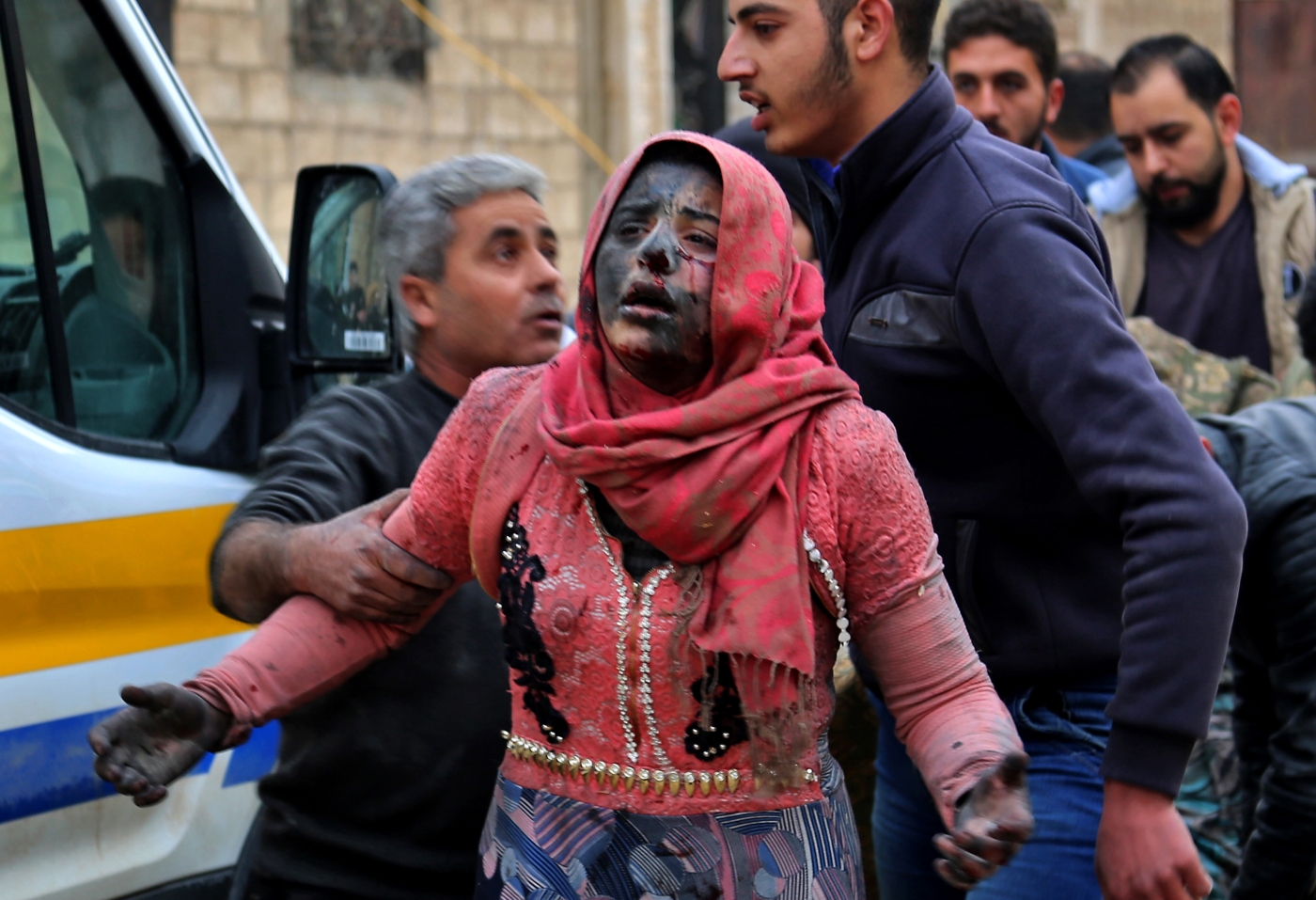 When cluster bombs fell, twice, on schools in rural Idlib, teachers decided they had to close the region’s schools or risk their children’s lives.

But the intensity of shelling by government forces, violating agreements that set Idlib up as a buffer zone, has meant children have been among the more than 70 killed during the past week, according to the Syrian Observatory for Human Rights.

While attention has been focused on the Kurdish-led Syrian Democratic Forces push to seize the last vestiges of the Islamic State’s (IS) territorial control in the eastern Euphrates, five children were killed by shelling in the town of Maaret al-Noman.

“I was working when the attacks took place. My sons were playing with their cousin Ibrahim. The four of them died,” said Khador Zynab, 39, whose wife died from cancer two years earlier.

Struggling for a steady income since his wife’s death, he was selling fruit outside his home when he heard an explosion nearby.

“I rushed to the scene and found them all laying down, not breathing, silent and covered with dust,” he said. “I’ve lost all my family. I have nothing left – no one to care about in this life.”

Earlier in February, Russia, Syria and Turkey issued the latest of several statements after talks to “stabilise” Idlib by making it a demilitarised zone and removing forces like Hay'at Tahrir al-Sham, a coalition formerly aligned with al-Qaeda. But Turkey, which has been trying to delay a full-force government offensive, has set up reinforced observation posts around Idlib recently because of the increased attacks on Maaret al-Noman and nearby Khan Sheikhun by the government and their Russian allies.

Mazen Enedane had sent his family away from Khan Sheikhun, to their grandmother’s house where he thought it would be safer, but it was there that they were killed by a mortar strike.

“I sent them to die, it’s all my fault. I should not have sent them away,” the father said in despair. “We didn’t have anywhere else to go to, we [already] survived the chemical attacks and more air strikes afterwards ... I wish I was with them, I wish we had all died together.”

The demilitarisation agreement signed between Syria, Russia and Turkey in Sochi last September has not provided any respite for Khan Sheikhun, Salem Sukare, a head teacher, told MEE.

Shelling has hit schools in several of the town’s neighbourhoods and the intensity has increased over the past few weeks, he said.

“We were forced to send everyone back home. Students assembling in school will only make child casualties rise,” he said. “But despite shutting down the schools to decrease the likelihood of children dying, more are dying every day.”

The schools in Maaret al-Noman’s camps for the internally displaced are struggling not only with the weight of whether to continue but also the numbers of new students they are having to take on.

Khaled Armnaz, a maths teacher in the al-Wafa camp, said the numbers have doubled in recent weeks.

“Many are staying in joint tents and the shortage of places here has made it hard to accommodate families but they come to the classes trying to fill in their time.”

“We’ve been trying to help children to overcome the displacement when they arrive... most of them tend to be isolated and struggle to learn or blend into the new group. It’s a very hard mission.”

After months of sustained bombardment in her hometown of al-Teh, 12-year-old Lubna Salman was happy to join a new school but she too has struggled to find friends in her new environment.

And even there, the school is not guaranteed because of the bombardment that has followed her.

“We’re waiting for the bombing to stop. We can hear attacks from here too.”

The intensified attacks have left parents grappling with the realities of losing their children, often blaming themselves for not moving somewhere safer - though the options for them have been limited.

A recent UN report said that since December attacks by the government and armed groups have left almost a million people, including the displaced, “in an extremely vulnerable situation”.

More than 90 towns across northern Syria have been caught in the fighting, despite being within the demilitarised zone, according to Mohammad Halaj, who manages the Syrian group Humanitarian Emergency Response.

He said more than 8,300 families have left their homes since February and many of them have ended up homeless.

“Some people leave for a couple of days then go back to their homes because they can’t find shelter. Dozens of families are staying in farms on open land with not even tents to protect them.”

Zynab said he wished he had left Syria altogether or at least joined those families on the border.

“I wish I could have been able to leave and live away from here,” he said.

“I couldn’t afford to leave my small house but I wish I had left and stayed without shelter next to the border. Now I’m alone; nothing to fight for, no more dreams to build a life for. Everything has faded away now, there’s no way back.” 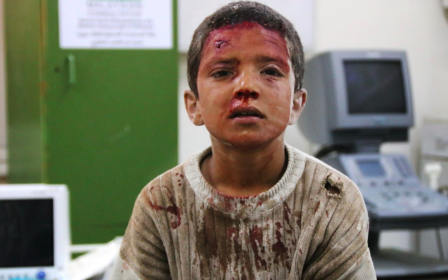 Syria War
'Nothing has changed': Civilians suffering in Idlib despite de-escalation zone