In an interview with Middle East Eye, Aed Abu Amro says Israel singled him out and that he was defending his homeland 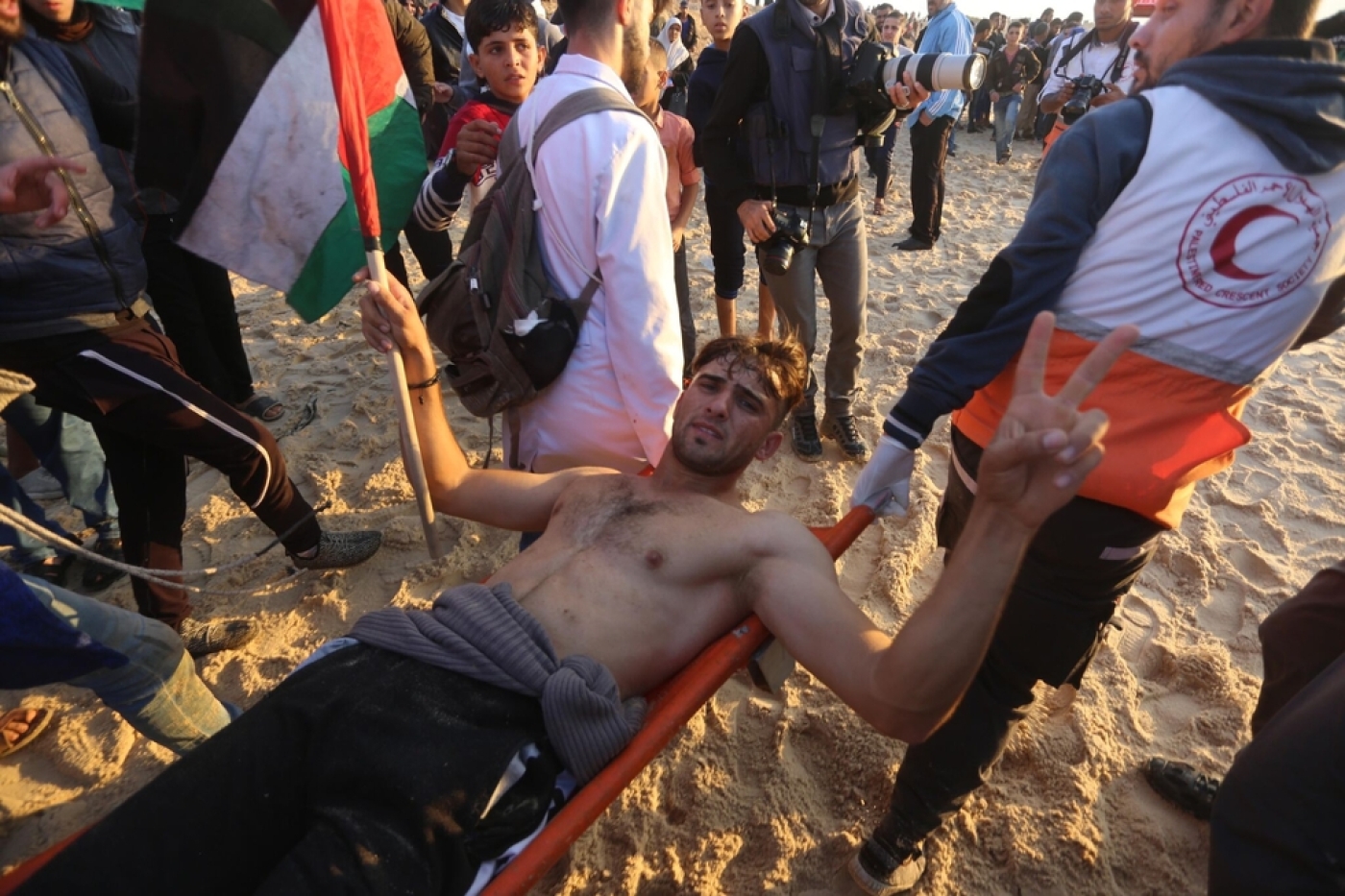 A young Palestinian who recently became a symbol of his peoples' resistance to Israeli occupation remains defiant after being shot by Israeli forces earlier this week.

Aed Abu Amro, 21, is a young Palestinian from the Zaytoun neighbourhood in the blockaded Gaza strip.

He has been a regular participant at the weekly “Great March of Return” protests, which began in March to protest the Israeli blockade on the Gaza Strip and to call for the right of return of Palestinian refugees. The blockade has been in place for nearly 11 years.

A photo of a shirtless Abu Amro wielding a Palestinian flag in one hand and a slingshot in the other had drawn comparison with the iconic French revolution painting Liberty Leading the People by Eugene Delacroix.

The photo was taken on 22 October by Anadolu News Agency reporter Mustafa Hassouna.

In an interview with Middle East Eye, Abu Amro said he marched with his friends towards the northern Gaza borders with Israel on Monday to join protests. He said he believed that Israeli forces targeted him because of his iconic photo.

“They were shooting at me, trying to fire a bullet at me,” he said.

“The occupation targeted me because they saw my pictures; they saw me moving forward; I drove them crazy. I was defending my homeland.”

The Palestinian was shot with a bullet in his left leg. He has been hospitalised and is now back home.

“We have footage. Everything is clear to the world. We are non-violent. [The protesters] have their hands, and rocks, the minimum [means of resistance],” he told MEE.

“The youths are confronting the world’s most powerful army with rocks and their bare chests. They have nothing in their hands. They only want to deliver a message.”

According to the Gaza health ministry, at least 218 Palestinians have been killed, and more than 23,000 others have been wounded since the beginning of the protests on 30 March.