Imprisoned British Iranian charity worker Nazanin Zaghari-Ratcliffe has ended her latest hunger strike after two weeks, her husband - who was also on hunger strike in solidarity - said on Saturday.

Zaghari-Ratcliffe started her third hunger strike in mid-June against her three-year imprisonment on spying charges, which she has strongly denied.

“I got a phone call from Nazanin from Evin prison this morning - to announce that she has broken her hunger strike,” her husband Richard Ratcliffe said in a statement.

Ratcliffe had been staging his own hunger strike outside the Iranian embassy in London.

“Nazanin said that she had done two full weeks and that her strike had made a clear point. But she did not want to take it further because of Gabriella,” he said, referring to their daughter, who he has not seen since his wife was arrested for espionage and now lives with her grandparents in Tehran.

The project manager with the Thomson Reuters Foundation was arrested in April 2016 at a Tehran airport as she headed back to Britain with her daughter after a family visit.

She was sentenced to five years in jail after being convicted of plotting to overthrow Iran's clerical establishment, a charge denied by her family and the foundation, a charity organisation that operates independently of Thomson Reuters and Reuters News.

Britain has long called for Zaghari-Ratcliffe's release but Tehran has previously said her case was in the judiciary's hands.

It was a pleasure and an honour to meet Richard Ratcliffe outside the Iranian embassy.

I was moved by his strength, optimism and determination in the face of injustice, and his campaign for the freedom of his wife Nazanin. #FreeNazanin pic.twitter.com/bCdJpmUFbg

In January, Zaghari-Ratcliffe went on hunger strike for several days in protest after her family said she was refused permission to see a doctor to examine lumps in her breast and to address other health issues.

Her family said she ended the hunger strike a few days later following a decision to grant her medical treatment.

Ratcliffe had supported his wife’s hunger strike by camping outside the Iranian embassy in London - a protest that brought visits and support from British politicians. 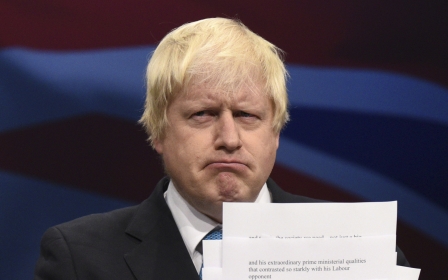 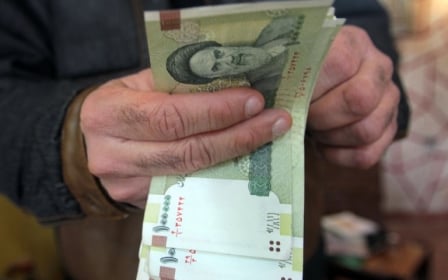