India, Israel and the ‘greenwashing’ project taking shape in Kashmir 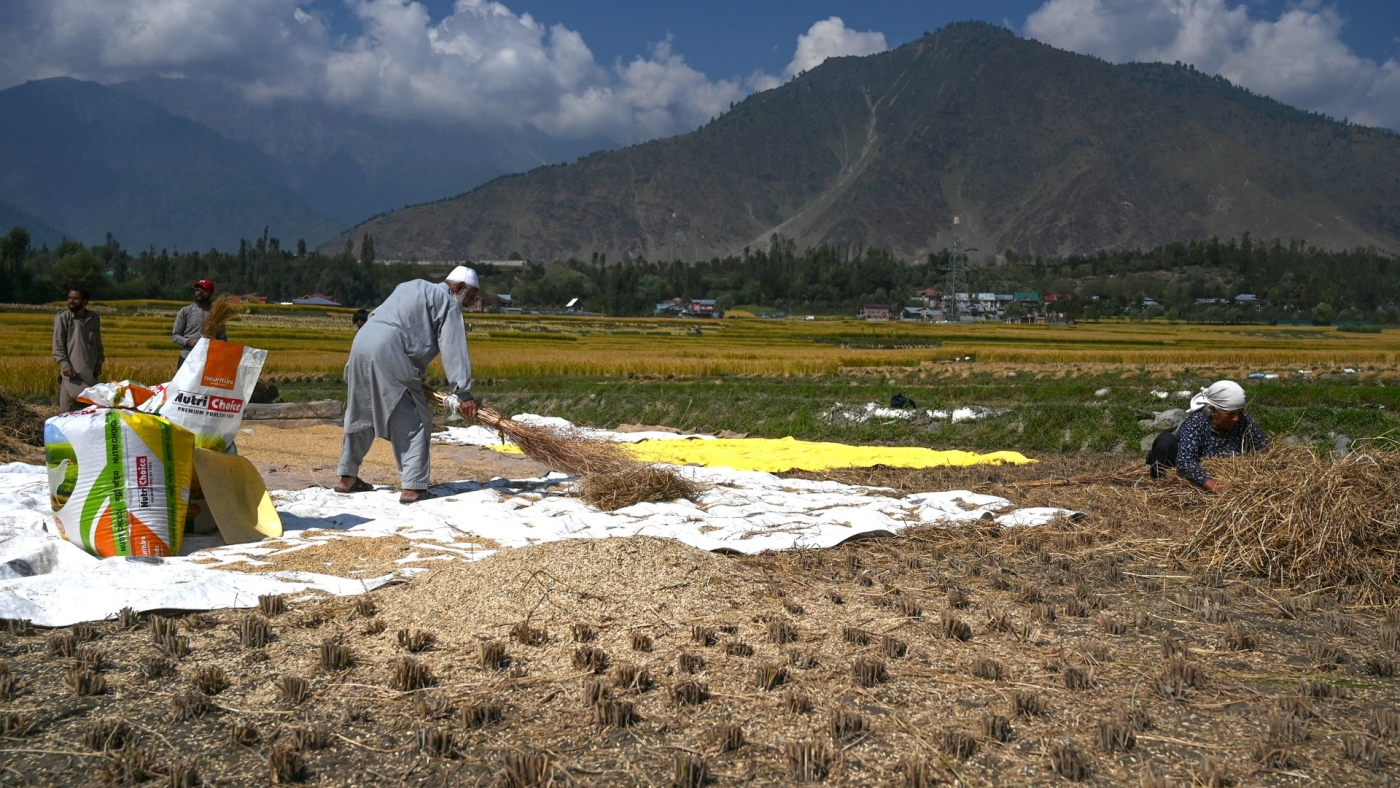 Farmers work in a paddy field in Kangan, some 22km northeast of Srinagar near the Srinagar-Ladakh National Highway on 27 September, 2021 (AFP)
By
Azad Essa

India's decision to invite Israeli officials to the disputed Kashmir region has triggered alarm among local residents and experts, with New Delhi accused of attempting to replace the indigenous culture and geography with a reimagined environment.

Yair Eshel, the agricultural attache at the Israeli embassy in Delhi, visited farms and farmers in the Kashmir Valley in Jammu, close to the border with Pakistan and later met Brihama Dev, a project officer of Mashav, Israel's international aid agency.

The day after the duo visited the Sher-e-Kashmir University of Agricultural Sciences and Technology of Kashmir (SKUAST-K) in Srinagar, where they met a raft of university administrators, including Vice-Chancellor Nazir Ahmad Ganai, the Israeli government announced that it would be building two "Centers of Excellence" or CoEs.

According to officials, the CoEs would would facilitate the transfer of Israeli technology to farmers in Indian-controlled Kashmir and promote best practices in irrigation, nursery management and cultivation. The hubs would serve as a meeting point for government, academics, and farmers to collaborate and learn from each other.

"Earlier, we would draw the parallels between Kashmir and Palestine or India's intimate alliance with Israel. But now they are bringing Israel to the Valley in the form of these institutions - which will be "agro-oriented" in name - but we all know that Israel will physically help India in Kashmir to turn it into a proper Palestine," a Kashmiri academic based in Istanbul told Middle East Eye.

"India cannot carry out a genocide in Kashmir, nor can they manufacture an ethnic conflict. [But] since the Palestinian model is [seen as] successful, India has decided to bring in Israel physically so that they understand the ethnography of Kashmir," the academic added.

In Srinagar, a local journalist following developments told MEE the announcement "only formalises the relationship of these colonial powers who have been working together in Kashmir for a while now.

"Israel has now been surveying land under the guise of agriculture right at the border with Pakistan. What’s left to guess?"

The arms trade between the countries is worth more than $1bn per annum, with New Delhi the biggest purchaser of Israeli arms and a co-producer of Israeli weapons.

"One cannot see the announcements in Kashmir as separate from the wide list of arms and technological transfer between India and Israel," a Kashmiri academic based in the US, told MEE.

The US-based academic, speaking on condition of anonymity over fears of reprisals, said the idea that outsiders could come in to educate Kashmiris on how best to produce apples, saffron, walnuts, among other crops widely produced in the region by indigenous communities, was presumptuous and arrogant. 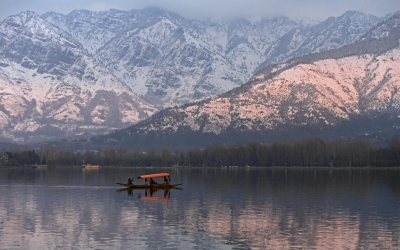 "It is a classic settler-colonial imperative to claim you are bringing in development or improvement to the native population," the academic said, noting how Israelis control water supplies in the occupied territories but also promote water conservation technology abroad.

Palestinian academics and historians have repeatedly noted that Israel's settler-colonial project in the occupied territories can not be extricated from its environmental policies which erase Palestinian history from the land.

Last month, Ghada Sasa, a Palestinian PhD candidate at McMaster University in Canada, wrote that Israel had "planted non-native pines, often even atop the culturally, spiritually, nationally, and economically integral Palestinian olive trees and other delicately sustained lands, to Europeanise the landscape."

"Meanwhile, by preventing Palestinians from encountering vivid evidence of the Nakba, such as rubble and ruins, they are further removed from a great injustice and thus less likely to revolt," Sasa added.

The Indian government said the move would usher in economic and social development in the Valley even as its most precious export, apples, were left to rot in orchards, leaving millions of people in financial duress.

For decades, Kashmiris have been demanding the right to self-determination as promised by the 1948 UN Security Council Resolution 47. Kashmir is claimed in full by both India and Pakistan and a de-facto border separates Indian-controlled Kashmir from the part controlled by Pakistan.

Since the uprising began in 1988, more than 70,000 people have been killed, and thousands of others are unaccounted for. It is estimated that there are around 700,000 Indian troops in the Valley which makes Kashmir one of the most militarised zones on earth.

The severing of Article 370 and Article 35A that provided for Kashmir's special status in the Indian constitution also meant that Indians could now purchase land in Kashmir as well as become permanent residents of the state.

Within months, a senior Indian diplomat in New York told a group of Kashmiri Hindus and Indians that India should follow the Israeli settlement model in Kashmir.

"The CoEs greenwash Israel's apartheid and settler colonialism in Palestine. They also support the attempts of Indian authorities and corporations to alter the land use and demography of Kashmir.

"The move directly affects the demography of the region and borrows from Israeli paradigms of control in the occupied territories," Apoorva PG added, noting that corporate investments and interests from other countries like the UAE in the region post-August 2019 were on the rise.

"It also gives it some diplomatic manoeuvrability and strengthens its international alliances for when it faces global condemnation for its draconian politics and policies in Palestine," Sen, an associate professor in international development studies at Roskilde University, in Denmark, said.

But agricultural experts have argued that CoEs rarely reap dividends for local farmers and that the initiatives act more as a means to improve Israel's reputation than provide a service.

In October, Grain, an international non-profit organisation that supports small-scale farmers and social movements, released a report in which it argued that Israel's "agro-diplomacy" across the globe was not merely an entry point for arms deals, it was also very difficult to extricate the agricultural from military pursuits.

"The country's agriculture is a product of decades of a violent, militarised occupation of Palestinian lands and its army's oppression of the Palestinian people. Israeli agribusiness companies have been shaped by this context and continue to profit from it.

"The Israeli military is also an important source of personnel and technologies for Israel's agribusiness companies. It would be hard to find a single Israeli company among the hundreds of agri-tech start-ups that exist today that does not have some linkage with the Israeli military or secret service," the report added. 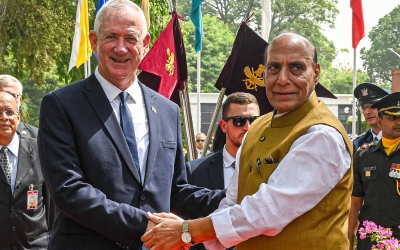 In a statement sent to MEE, Grain noted that Indian provincial governments were "not only signing deals to set up centres of excellence for horticulture crops but they are sponsoring trips to Israel for their agriculture officials, providing budget allocations for micro-irrigation, empanelment of Israeli companies in subsidy schemes, and large-scale technology.

"However, there is little evidence to how exactly these Israeli technologies are benefiting Indian farmers," the statement read.

According to the Israeli government, there are 29 CoEs in 12 states across India. In 2020, the Israeli ambassador said that 150,000 Indian farmers had received training from these centres in one year alone.

MEE sent requests for interviews to the managers of five centres of excellence - in Gujarat, Maharashtra, Karnataka, and Haryana - but did not receive a response by the time of publication.

Apoorva PG, from BDS, says that CoEs were fundamentally "propaganda platforms" that utilise the public purse to "greenwash Israel".

"Israeli centres of excellence are a tool of spending Indian public money to provide propaganda platforms to Israeli agencies, enabling the greenwashing of Israel’s regime of settler-colonialism, apartheid, its relentless theft of Palestinian land and water resources, uprooting of millions of Palestinian trees, and ethnic cleansing of Palestinians, farmers in particular," Apoorva PG said.

Middle East Eye reached out to the Israeli embassy in New Delhi for comment but did not receive a response by time of publication. 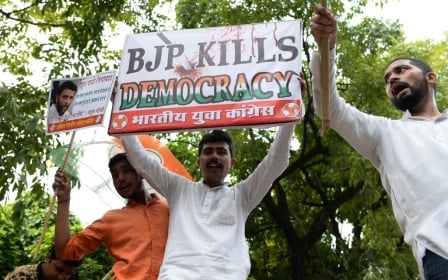 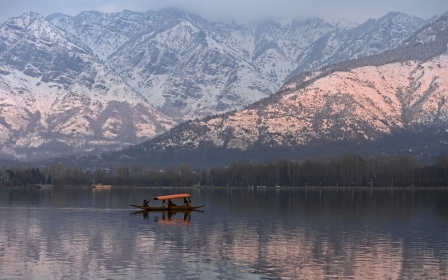 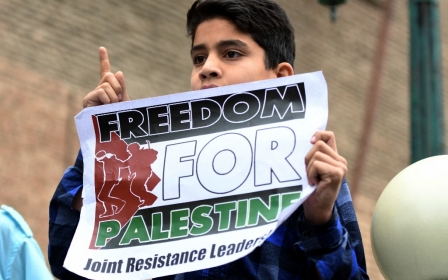