Ilhan Omar's US foreign policy overhaul: Inside the seven bills 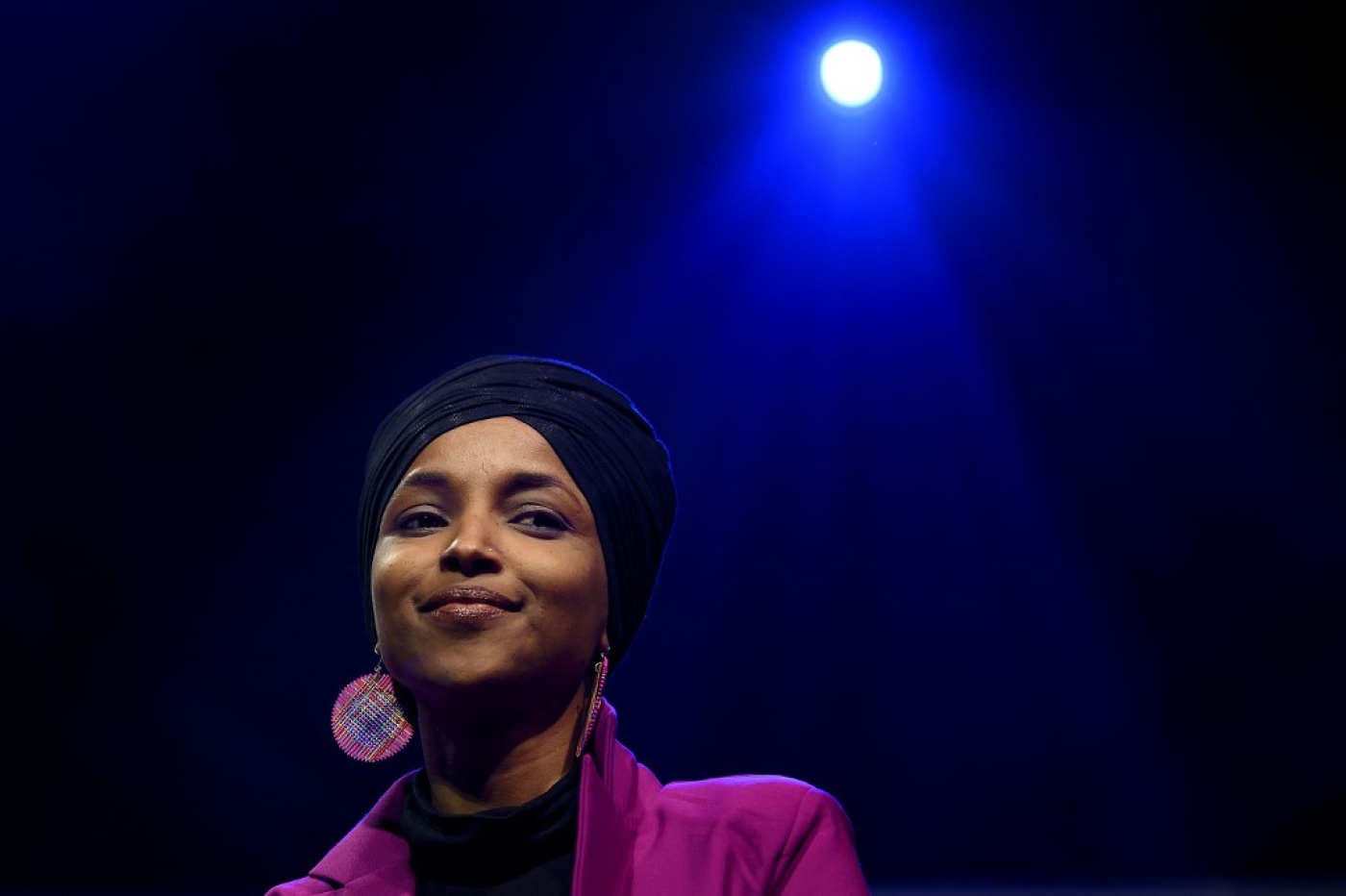 Congresswoman Ilhan Omar has introduced a package of seven bills that she says aims to overhaul US foreign policy and help fight human rights abuses around the globe.

Introduced on Wednesday, Omar's package of legislation, dubbed the "Pathway to Peace", includes provisions to ensure Congress has oversight powers on US sanctions and declarations of emergency, guarantees that US security aid is only granted to countries protecting human rights and redirects $5bn from defense spending to create a global peace-building fund.

It also enters the US into the list of countries participating in the International Criminal Court (ICC), lifts US visa bans on ICC officials, ratifies the UN Convention on the Rights of the Child and creates a global agreement on migration.

"Today, I am proud to introduce the Pathway to PEACE, a bold vision that prioritises multilateralism and diplomacy over militarism," Omar said in a tweet on Wednesday after introducing the legislation.

Directors from the Cato Institute, Human Rights Watch, the Center for Victims of Torture and others have voiced their support for the package of bills.

Middle East Eye took a closer look at each of the seven measures introduced by Omar, here's what we found:

It requires the White House to issue sanctions against any country committing acts of genocide, crimes against humanity or war crimes, thoroughly defining each.

The bill would leave it up to the president to determine if such crimes are being committed, but would also establish an office called the "Commission on Atrocity Accountability and Human Rights" made up of lawmakers and appointees.

The commission would be tasked with gathering and reviewing facts related to human rights violations. It would then make policy recommendations to the president, the secretary of state and Congress, with respect to placing or lifting SAHRAA sanctions.

If the president were to determine crimes listed in SAHRAA were being committed, the legislation would be triggered, immediately barring the US from providing aid or security assistance, intelligence, training, equipment or related services to the country in question. 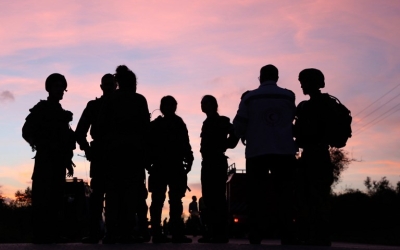 It would ban arms sales and exchanges with US law enforcement on any level, including state and local police forces.

The bill does not mention Israel by name, but references many tactics that rights groups have accused Israel of implementing, including excessive use of tear gas and rubber-coated steel bullets, forcible displacements and apartheid.

Israel is also the main country engaged in law enforcement exchanges with the US.

The Global Migration Agreement Act (GMAA) instructs the State Department and the US ambassador to the United Nations "to take the lead" on creating a binding international agreement on global migration.

Among other initiatives, it stipulates that the US should sign the existing UN Global Compact for Migration, adopted by the UN General Assembly in 2018.

The US was one of five countries to vote against the measure, issuing a statement at the time that said the compact was "an effort by the United Nations to advance global governance at the expense of the sovereign right of States'"

The US would also lead in creating another global agreement on migration, using diplomacy to pressure other countries to adopt the US measure.

According to the bill, the agreement would address the root causes of migration, provide global funding for crisis response programmes that involve at-risk migrants and establish a clear consensus on the due process rights of migrants. Those rights would not be dependent on people's motivations for migrating, the bill said.

To highlight its necessity, the bill cites a series of relevant figures regarding migrations, including a 2018 estimate by the World Bank that predicted Latin America, sub-Saharan Africa and Southeast Asia will generate 143 million more climate migrants by 2050.

The Congressional Oversight of Sanctions Act (COSA) stipulates that a joint resolution of Congress would be required to approve any emergency sanctions issued by the US.

Congress would have to approve the emergency sanctions within 60 days.

It would also require congressional approval to renew existing sanctions.

COSA seeks to empower Congress to take back authority that, for the most part, already exists within US law, but has been slowly eroded by presidential overreach.

"Successive presidents from both parties have used the authority granted by the International Emergency Economic Powers Act and the National Emergencies Act to declare national emergencies that do not meet the threshold" outlined in existing US law, the bill reads.

"In order to restore Congress’ original intent in enacting such laws, it is necessary to reclaim Congress’ constitutional power over the use of sanctions," it says.

Omar, in April of last year, accused Trump of declaring a "fake emergency" at the US-Mexico border, which allowed him to direct funding towards the construction of physical barriers and saw the deployment of thousands of US troops to the southern border.

This is a fake emergency! Donald Trump is lying about the border in order to build his monument to racism. https://t.co/hVOVzLYDHw

The YouthBuild International Act would amend the Foreign Assistance Act of 1961 in order to create a programme that would provide disadvantaged youth in struggling countries with education and employment opportunities.

Modeled after the US's domestic YouthBuild programme, the legislation would authorise the president to use foreign aid to establish the global version of the initiative.

The act would create programmes that provide education and employment skills to youth in developing countries so they might "achieve economic self-sufficiency in occupations in demand".

Omar said the initiative would boost global stability, which would in turn encourage a peaceful future.

"The global youth population is expected to boom by more than 60 percent in coming decades," Omar said on her website. "These young people need jobs, education and opportunity so they can make their way in this world. Which is why we need real investment - an investment in people, if we are to secure real, lasting peace."

5. The UN Convention on the Rights of the Child

While the United States played a pivotal role in the drafting the UN Convention on the Rights of the Child (UNCRC), it is currently the only country in the world that has not ratified the measure.

The US was one of three countries to refuse ratification until 2015, when South Sudan and Somalia both got on board with the 30-year-old measure.

Omar's resolution would require the US to ratify the convention, which essentially aims to protect the basic human rights of children and to prevent child exploitation and abuse.

According to the ACLU, ratifying the measure will require the US "to confront some hard truths" about the way it treats its underage citizens, requiring Washington to work on bringing US laws and practices in line, particularly within the criminal justice system.

For example, the United States remains the only country in the world to sentence children to life in prison without the possibility of parole - prohibited under the UN convention.

6. Resolution on the Rome Statute, and the International Criminal Court

If passed, this non-binding resolution would essentially communicate that the House of Representatives is in agreement with the idea of the US ratifying the Rome Statute and joining the International Criminal Court (ICC)

Although the US was a signatory to the Rome Statute which founded the ICC in 2002, it later refused to ratify the treaty.

Last year, the US went so far as to issue a visa ban for the ICC's chief prosecutor, who was investigating war crimes committed in Afghanistan by the Taliban, Afghan government forces and foreign forces, including US personnel.

At the time, Secretary of State Mike Pompeo warned that ICC officials investigating American forces "should not assume" that they would be granted entry to the US. 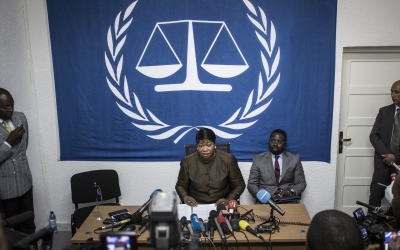 He also threatened to sanction the court "if the ICC does not change its course".

Omar's measure would express the House's wishes to lift any visa bans levied against ICC personnel.

"The United States has been a leader on international criminal justice since Nuremberg, and our hostility towards the ICC has always been at odds with our commitment to the rule of law, accountability, and to the principle that no one is above the law," Omar said of the resolution on her website. "We need to send a strong message in support of international criminal justice".

According to her website, Omar's Global Peacebuilding Act would provide Congress with the authorisation for the transfer of $5bn from the Pentagon's "Overseas Contingency Operations" budget to the State Department.

The money would create a multilateral Global Peacebuilding Fund that would act as an "alternative to military intimidation and coercion".

"Peacebuilding is also low cost compared to military and security sector programs, and has demonstrated impact in many areas in which the Pentagon is not equipped to lead overseas," the act's summary reads.

A full version with practical details of the act has yet to be released. 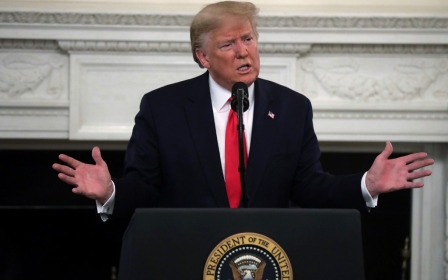 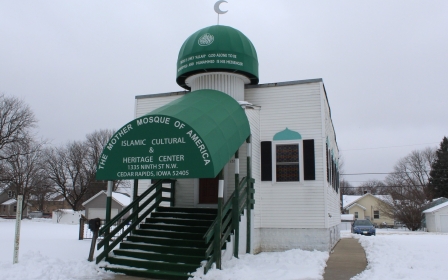 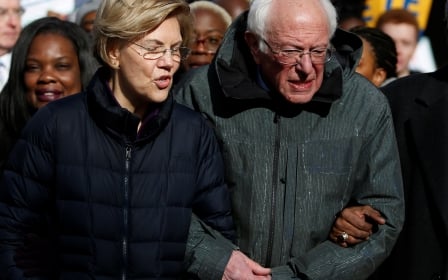