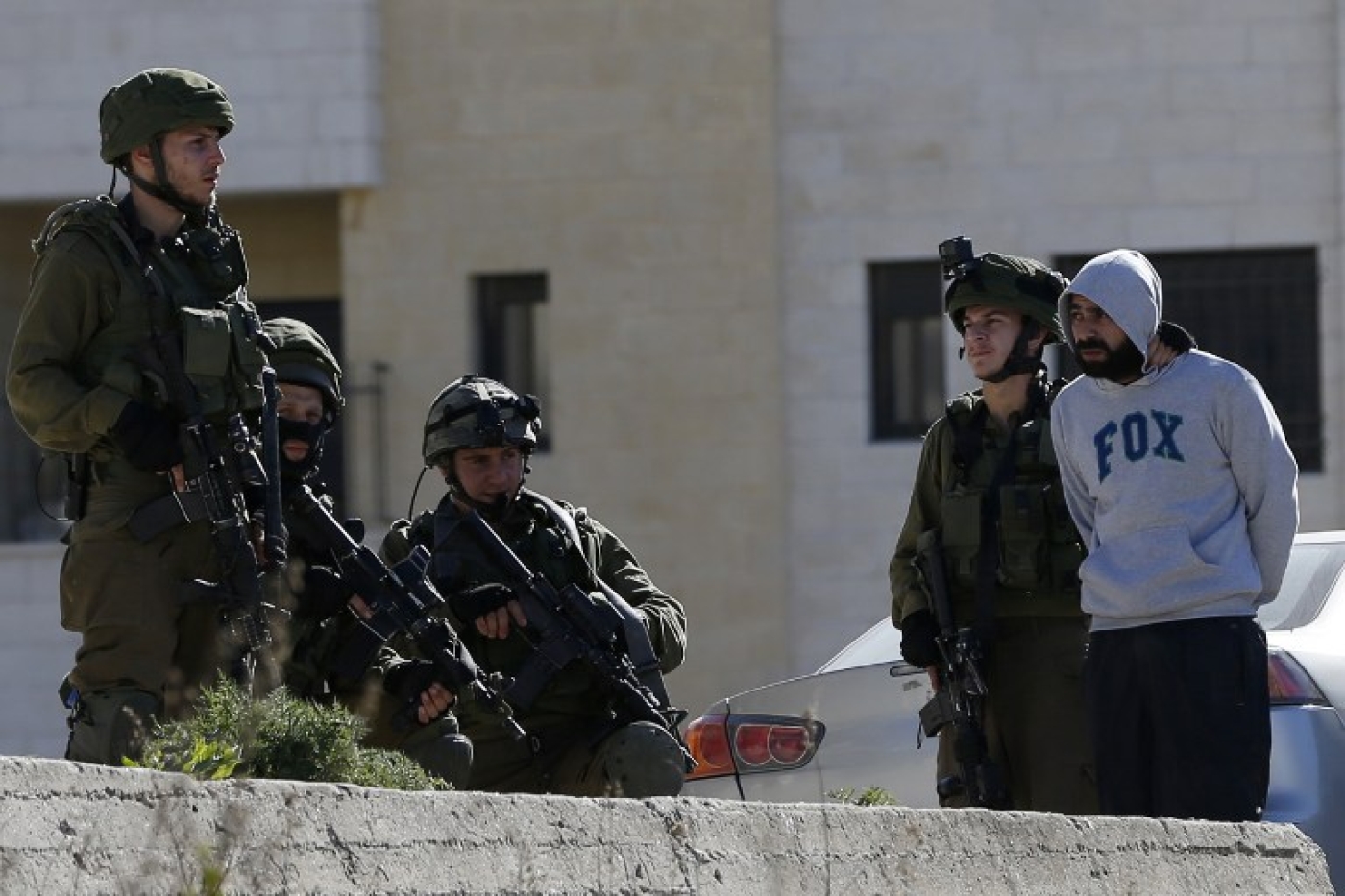 Israeli soldiers arrest a Palestinian man on 15 February 2016 at the Amari Palestinian refugee camp, near the West Bank city of Ramallah (AFP)
By
MEE staff

Palestinians held in a detention facility run by Israel's Shin Bet intelligence agency are subject to mistreatment amounting to torture, a report based on testimonies of more than 100 ex-prisoners has concluded.

The joint report by two Israeli human rights group B’Tselem and HaMoked has documented affidavits and testimonies of dozens of Palestinians interrogated by the Israeli security agency.

The report "Backed by the System: Abuse and Torture at the Shikma Interrogation Facility", released on Wednesday, said that the mistreatment suffered by Palestinians at Shikma detention centre amounted to torture.

Testimonies were collected from 116 Palestinians detained at Shikma, which is located in Ashkelon, southern Israel from August 2013 until March 2014. The facility is controlled by the internal Shin Bet intelligence agency.

Torture was banned by the Israeli Supreme Court in 1999, but a HaMoked lawyer said that the report was evidence that the interrogators had violated the court’s ruling.

The detainees were subjected to sleep deprivation, psychological torture, stress positions, and were exposed to extreme heat or cold, the report said. In some cases, Israeli interrogators also verbally abused the family members of the detainees. Sometimes they were denied access to a shower for days or weeks, spat on, and were provided small amounts of substandard food.

According to the report, almost all of the detainees were subjected to these measures. One third were beaten or abused during the course of their arrest, and at least 14 had been tortured under interrogation by the Palestinian Authority shortly before being arrested by Israel.

“Psychologically, being alone is like living in a toilet,” he said. “If something happens to you, no one will notice. You could die and be discovered days later. You’re dumped in a corner and forgotten.”

The report also highlighted the complicit nature of other security branches and bodies such as the Israeli prison system, which not only turn a blind eye to these practices but also facilitate conditions to accommodate the abuse – thus being responsible for the different aspects of “cruel, inhuman, degrading and abusive treatment” which Palestinians are subjected to at Shikma.

“The IPS creates prison conditions to match the interrogation plan designed to break a detainee’s spirit,” the report stated.

“Soldiers and police officers abuse detainees while transporting them to the ISA… [while] military judges almost automatically sign off on motions for remand in custody and effectively sanction the continued abuse and inhuman conditions.”

In a statement, the Shin said it would not comment on the report, calling it "twisted".

It said interrogations are implemented according to law in order to prevent attacks and "activities that damage the security of the country".