Iran to break 3.67 percent concentration limit, accusing European powers of not providing relief from US sanctions 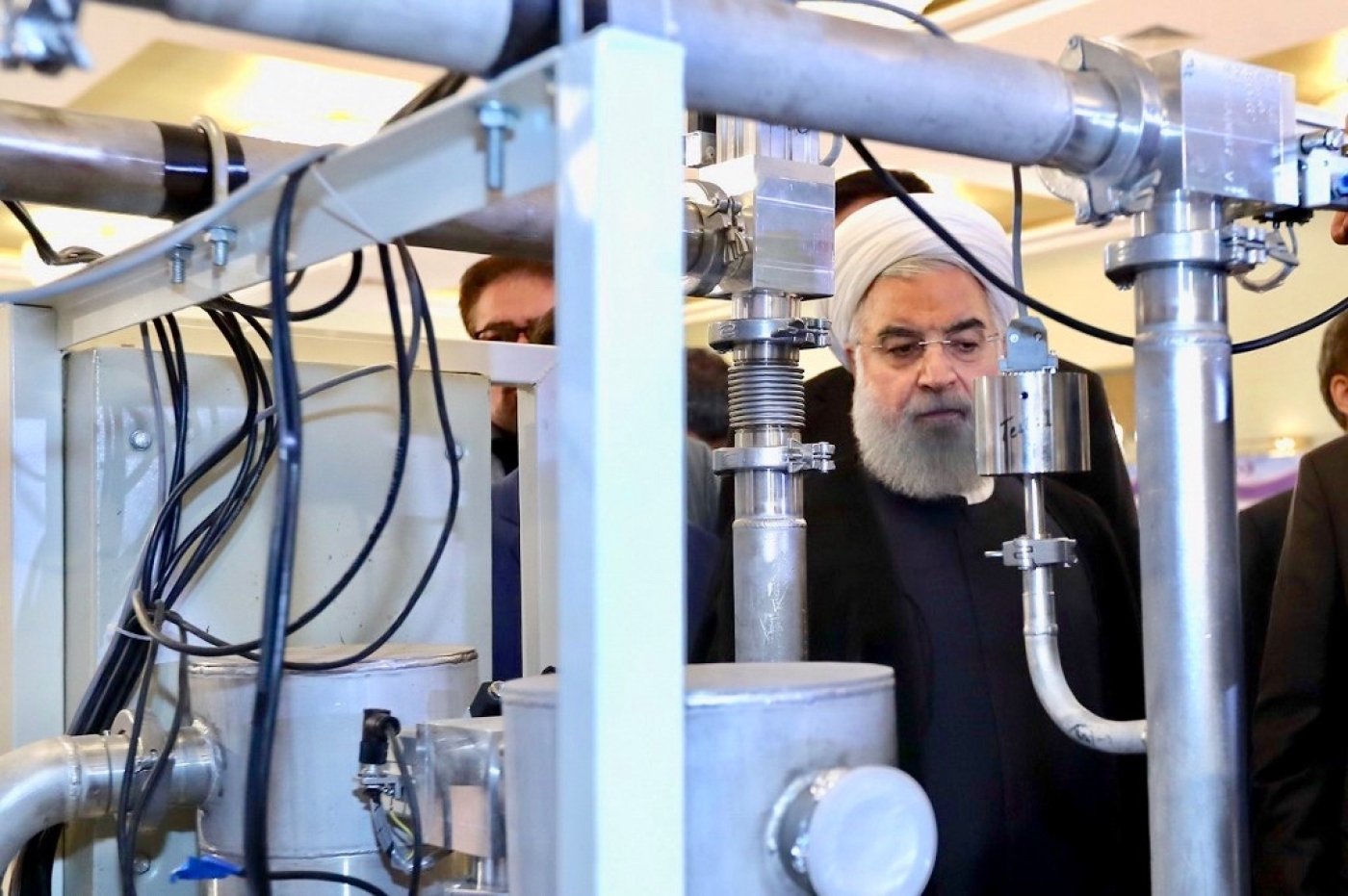 Iran will follow up on its threat to pass the limits of uranium enrichment set by the 2015 nuclear deal "in a few hours", an atomic energy official said on Sunday morning, adding that it could go further if Europe does not protect Iran from US sanctions.

Iranian President Hassan Rouhani has issued an order to begin scaling back commitments to the nuclear deal, which the US has abandoned, and further steps would be taken every 60 days, said the atomic energy organisation's spokesman Behrouz Kamalvandi.

"We are fully prepared to enrich uranium at any level and with any amount," he said. 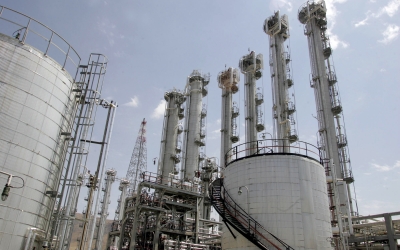 US President Donald Trump re-imposed sanctions on Iran when he cancelled the deal in 2015 and Iran has been seeking European protection from those sanctions in order to continue adhering to the deal itself.

But the nuclear deal's most vocal critic, Israeli Prime Minister Benjamin Netanyahu, responded by insisting Britain, France and Germany should automatically impose their own sanctions on Iran.

An Iranian official told the Reuters news agency on Sunday that they will begin increasing the concentration of uranium to five percent, above the 3.67 percent limit defined by the deal.

The UN's nuclear watchdog said its inspectors already in Iran will report back when they have verified Iran has followed through on its threat.

France has decided not to trigger the nuclear deal's dispute resolution mechanism, instead committing to encouraging all parties to the deal to resume talks with Iran.

"It's not an option at this moment," a source at President Emmanuel Macron's Elysee office said on Sunday. The dispute resolution mechanism could eventually lead to the reimposition of United Nations sanctions on Iran.

Iran also warned that it could restore its heavy water reactor, capable of producing plutonium that could be used in weapons, in the central region of Arak, a project that was mothballed under the nuclear deal.

Iran says its nuclear programme is only for peaceful purposes, such as power generation, and not to make bombs.

'Too little, too late'

Under its deal with six world powers, Iran could enrich uranium to 3.67 percent fissile material, well below the 20 percent it was reaching before the deal and the roughly 90 percent suitable for a nuclear weapon.

In a sign of heightening Western concern, Macron earlier said he and Iran's President Hassan Rouhani had agreed to seek conditions for a resumption of dialogue on the Iranian nuclear question by 15 July. 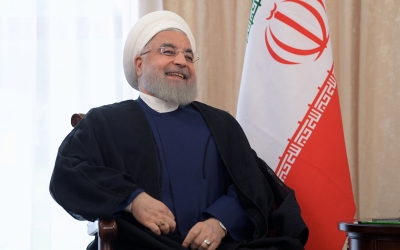 Macron's office added that he would keep talking with Iranian authorities and other involved parties to "engage in a de-escalation of tensions related to the Iranian nuclear issue".

Sunday's announcement is a setback for Britain, France and Germany, co-signatories of the deal who have pressed for months to persuade Iran to remain committed to the accord.

Iran has said that the Europeans had done "too little, too late" to salvage the pact in protecting Iran's economic interests from US sanctions.

Washington tightened those curbs from May, ordering all countries and companies to halt all imports of Iranian oil or be banished from the global financial system.

It has also dispatched extra troops to the region to counter what it describes as Iranian threats.

In reaction to the toughened US sanctions, Iran said in May that it would scale back its commitments to the deal after a 60-day deadline to the European signatories.

Rouhani said last week that all the measures taken by Iran were "reversible" if other parties to the deal fulfilled their promises.

Leaving room for diplomacy, the Iranian president said in a telephone conversation with Macron: "Lifting all sanctions can be the beginning of a move between Iran and six major powers."

"The US sanctions are a full-scale economic war against Iran that could create more crises in the region and in the world," he told Macron, according to state TV.

Ali Akbar Velayati, a senior adviser to Supreme Leader Ayatollah Ali Khamenei, said Iranian officials were unanimous in raising the level of uranium enrichment beyond the 3.67 percent set in the accord, in remarks posted on Khamenei's official website.

"For example, we need uranium enriched to 5 percent for use in the Bushehr [power plant] and this is a completely peaceful purpose," Velayati said, hinting that this may be the first step Iran might take in raising the enrichment level.

Bushehr is Iran's only nuclear power station and is currently running on fuel imported from Russia that is closely monitored by the UN's International Atomic Energy Agency, AFP reported.

"The US has directly and Europeans indirectly violated" the deal, said Velayati. "We will react proportionally the more they violate it."

Iranian crude exports were about 300,000 barrels per day (bpd) or less in late June, industry sources said, a small fraction of the more than 2.5 million bpd Iran shipped in April 2018, the month before Trump withdrew from the nuclear deal.