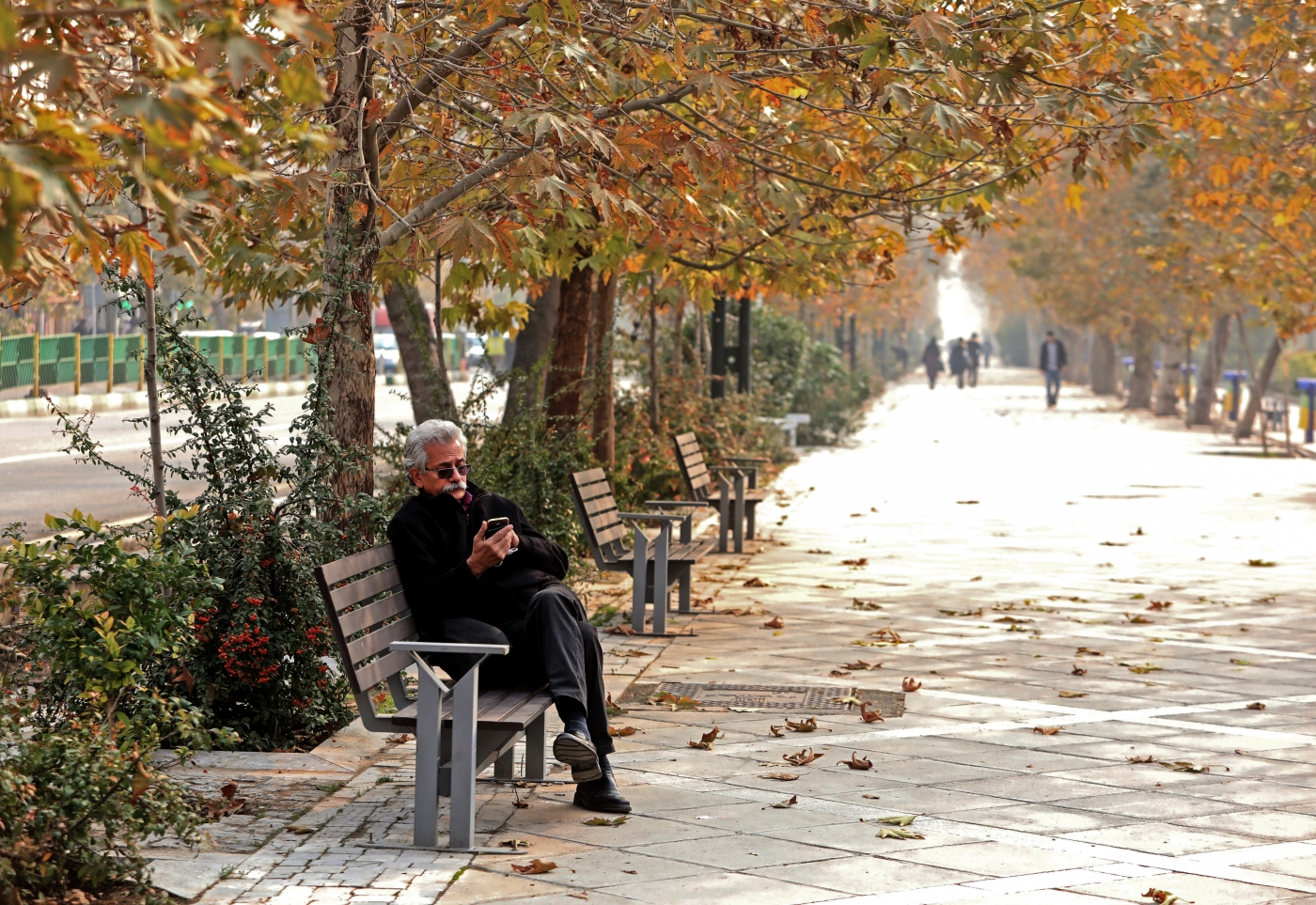 An Iranian man checks his phone on a park bench in the capital Tehran, on 27 November 2019 (AFP)
By
Rohollah Faghihi
in
Tehran

A recent blocking of popular, yet unofficial, media streaming websites in Iran has caused a stir among Iranians who have been seeking these outlets for access to uncensored western movies and series.

Two of the companies initially suspected of driving the blocks were Namava and Filimo - two notable Iranian video-on-demand (VOD) websites, often compared to the American media giant Netflix - which people accused of seeking to thwart the competition.

However, it was soon clear that Iran's hardliners had led the crackdown through the Islamic Republic of Iran Broadcasting (IRIB), as the media corporation widened the scope of its monopoly and control of domestic radio and television services.

The IRIB operates independently of the Iranian government, with its director directly appointed by Iran's Supreme Leader Ayatollah Ali Khamenei.

The banned outlets, which were operating without official permits, were among the most visited in Iran. Their popularity was due to the websites uploading American movies and series, either dubbed in Farsi or accompanied by Farsi subtitles, and faster than other websites, including Namava and Filimo.

The closures have led to an outcry, with fingers pointed in different directions as to who was behind the move.

"God, what sin have I committed that you threw me in this hell where I can't even download films and series. #Namava," one Iranian tweeted, as critics, such as the well-known Dibamoviez, one of the blocked websites, said the closure fully advantaged Iran's "Netflixes," as users will be forced to use their websites instead.

Both Namava and Filimo released statements denying a role in the closures.

Filimo said websites were shut down because of uncensored content, while Namava said it had filed lawsuits against some of the websites for uploading series and movies it had purchased the rights to, but rejected the accusations levelled against it.

Others have accused Minister of Information and Communications Technology Mohammad-Javad Azari Jahromi of being behind the move, leading him to publicly state that the closures were not his decision.

"The prosecutor's office ordered the web-hosting service providers [to close these sites]. I have done nothing," he tweeted.

The judiciary then announced that the websites in question had repeatedly uploaded movies and series without "obtaining permission" from the producers. It also said the websites were putting up western productions without censoring the nudity scenes, describing them as publishers of "vulgar" films.

In October, the state broadcasting corporation was recognised as the only responsible entity for granting permission to VODs and of monitoring them, a role that was, until then, retained by the culture ministry. 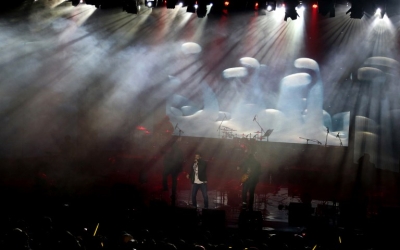 Officially recognised VODs now need to acquire new permit licences from the IRIB, which is much stricter in its monitoring and censorship than the government had been.

Companies such as Namava and Filimo have been resisting IRIB's monopoly and have so far refrained from requesting new licences. In a countermove, state TV decided to grant licences to four of the websites that were among the ones recently shut down, in an apparent power move.

A co-founder of a popular start-up told Middle East Eye that the IRIB was seeking a total monopoly over video and broadcasting content online, citing as an example a website that recently started uploading live shows. They were blocked shortly after state TV entered the field. Upon receiving the permits, the four websites have agreed to refrain from uploading the uncensored version of series and movies.

"Anyone trying to challenge IRIB will face a hard time. It acts like a mafia and will not let anyone grow," the entrepreneur said, asking not to be named.

No sympathy from some film producers

Not all are displeased with the new situation, however.

Iranian film producers are believed to have played a supportive role in the IRIB spreading its control over broadcast media content and the restriction of media streaming websites.

A group of producers released a statement in late October, lashing out at VODs for broadcasting foreign series and movies.

"Iran's traditional structure of cinema doesn't get along with any new modern rivals. And we have seen that they have so far even opposed the screening of foreign movies," Houshang Golmakani, founder of the prestigious Iranian magazine Film, told Middle East Eye.

Parviz Jahed, prominent film critic and editor-in-chief of the London-based Cine-Eye film journal, believes that these producers are worried about their interests in this matter, seeing how people might prefer to watch the American series Breaking Bad rather than their productions.

"That's why they [producers] have stretched their hands to IRIB, to block the path for VODs," Jahed told MEE.

The interests of the IRIB and those of producers seem to have crossed for the time being.

Jahed said that ever since media streaming websites started gaining popularity among Iranians, a large number of producers had created controversies around the matter. At the same time, he added, state TV wanted to be the only source for broadcasting, refusing to share the field with any rivals.

"This is like censorship, because they are both limiting people's choice," Jahed said.

Seeing that western series such as Fargo and Breaking Bad were not being broadcast on television, due to their content and the IRIB's red lines, Jahed said, people had been forced to look for alternative outlets to bridge that gap.

"IRIB's move will fail as people will soon find new ways and tools to bypass their limitations."

Sure enough, Iranians have turned to torrent software to download western movies and series, circumventing the IRIB's obstacles.

Ultimately, Jahed said, complete control over people's use of the internet was not possible. Inside Iran
Iran's conservatives are saying it: Corruption is 'systemic'
Shahir Shahidsaless