A video posted by Iran's IRIB news agency showed a jet from the window of a plane and blood on the face of a passenger - reportedly as a result from an injury sustained during the sudden altitude change.

IRIB initially reported a single Israeli jet had come near the plane but later quoted the pilot as saying there were two jets which identified themselves as American.

The pilot of the passenger plane contacted the jet pilots to warn them about keeping a safe distance and the jet pilots identified themselves as American, IRIB reported.

Reuters reported that Mahan Air Flight 1152 - en route from Tehran to Beirut - landed safely in Lebanon's capital and all passengers had disembarked.

The news agency said there were only minor injuries, according to the head of the Beirut airport.

Iran's semi-official Fars News Agency later reported that the plane had landed back in Tehran.

There was no immediate comment from the US or Israeli militaries.

A spokesperson for Iran's foreign ministry said Tehran would take all necessary legal and political action after investigating the incident. 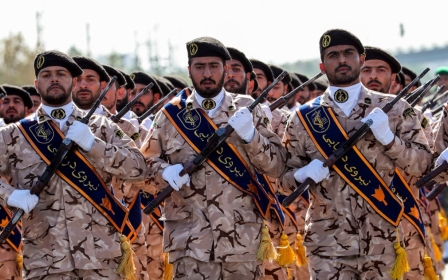