Turkey and Azerbaijan grew closer during the 2020 war in the disputed region of Nagorno-Karabakh, when Ankara supported Baku in taking territory from an Armenian administration (AFP)
By
MEE staff

Iranian officials and analysts are carefully monitoring moves between Armenia and Turkey to restore political ties and reopen the border between the two countries, following three decades of diplomatic deadlock.

In recent days, local Iranian media has closely reported on next month's planned restoration of flights between Armenia and Turkey, as well as direct negotiations between the two countries' diplomats.

Although officials in Tehran have indicated support for talks between Yerevan and Ankara, Iran would likely oppose any negotiations over letting Azerbaijan or Turkey control the Zangezur corridor. 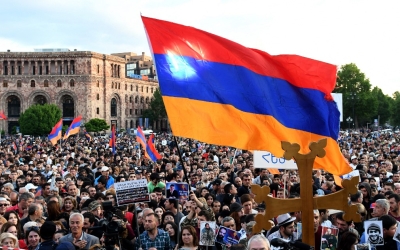 The transport corridor, which is located on Iran's northwest border with Armenia, would give Azerbaijan direct access to the Nakhchivan Autonomous Republic, an Azerbaijani exclave, without Armenian checkpoints. This access, via Armenia's Syunik Province, would ultimately connect Turkey to the rest of the Turkic world.

Turkey and Azerbaijan, who share strong political and cultural ties, grew closer during the 2020 war in the disputed region of Nagorno-Karabakh, when Ankara supported Azerbaijani forces in taking territory from an Armenian administration.

Bahram Amir Ahmadian, an Iranian foreign policy analyst, warned that Iran needed to improve relations with Armenia, as Azerbaijan and Turkey sought to increase pressure over control of the corridor.

"What [Azerbaijani President] Ilham Aliyev claims about Zangezur is only for domestic propaganda, with no ground in international law," Ahmadian was quoted as saying.

He added that Iran should only recognise current internationally accepted boundaries between Armenia and Azerbaijan, and not lose influence on its own northern border.

Meanwhile, official Iranian outlets widely covered comments by Armen Grigoryan, Secretary of the Security Council of Armenia, stressing that talk of building a passageway between Turkey and Azerbaijan was Armenia's red line during the normalisation talks with Turkey.

International firms in UAE at risk of Houthi attack

Following the Saudi-led coalition's recent deadly air strikes on Yemen, the Kayhan daily has warned international companies operating in the United Arab Emirates (UAE) that they are not safe from Houthi missile attacks.

On Saturday, the front page of the newspaper, whose editor-in-chief is appointed by Iran's supreme leader Ali Khamenei, led with the headline: "Evacuate UAE's commercial towers; The Ansarullah's missiles are on the way." 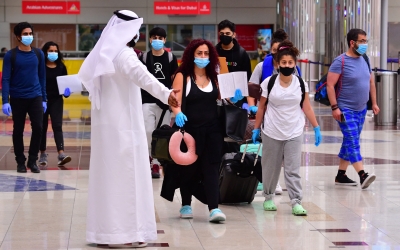 Ansarullah is the official name of the Houthi movement in Yemen.

Kayhan also quoted comments made by Yahya Saree, a spokesperson for the Houthi military, in a similar vein.

On Twitter, Saree had advised international firms to leave the UAE, saying: "We advise the foreign companies in the Emirates to leave because they invest in an unsafe country and the rulers of this country continue in their aggression against Yemen."

Kayhan's warnings came a month after UAE security officials visited Tehran, in a bid to improve ties and resolve outstanding disputes between the two countries.

Iran is the leading regional power providing support for the Houthis in Yemen's civil war, while the UAE is part of a Saudi-led coalition fighting against the rebels.

Sources close to Iran's establishment have suggested that Tehran will not accept an interim nuclear deal with the US and European countries as a first step to reviving the 2015 nuclear deal.

The Javan daily wrote that proposed plans for a potential temporary agreement amounted to "psychological warfare" waged by western media.

"A temporary agreement, followed by drip-by-drip sanctions relief, is not in Iran interests," wrote the daily, which is affiliated with the Islamic Revolutionary Guard Corps.

"This would only be of interest to Washington, to buy more time and halt Iran's nuclear programme."

Following Iranian President Ebrahim Raisi's visit to Moscow last week, some western outlets had reported that Russia, with the knowledge of the US, had proposed such an interim nuclear deal to Tehran. Javan quoted an unnamed source as saying: "Lots of disagreements have been solved in nuclear talks... and as soon as the US decides to permanently and effectively remove the sanctions, a final agreement would be achievable in a short time."

Since April 2021, Iran and world powers have held eight rounds of talks in Vienna in a bid to revive the 2015 nuclear deal, from which former US President Donald Trump withdrew in 2018.

Demand for details over deals with Russia, China

Veteran politicians have urged President Ebrahim Raisi to reveal details of proposed long-term strategic agreements that Iran is seeking to finalise with Russia and China.

Last week, Raisi visited Moscow for negotiations with his Russian counterpart, Vladimir Putin, over a 20-year economic and security pact between the two countries. At the same time, Foreign Minister Hossein Amir-Abdollahian also visited Beijing for talks regarding a 25-year cooperation deal. 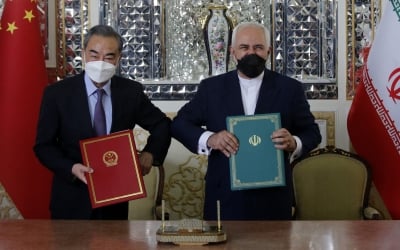 So far, Iran's establishment has not revealed any details about the two agreements, fuelling speculation over the potentially exploitative nature of any deals.

Ayatollah Hossein Mousavi Tabrizi, who was the Islamic Republic's first judiciary chief, demanded Raisi's administration disclose the details of the agreements, due to the long-term impact they would have on the country's future.

"One single word in these agreements can influence our national interests," he was quoted as saying by the Arman daily.

Mousavi Tabrizi also criticised the establishment's new policy of leaning towards the East in order to bypass international sanctions against Iran, pointing out that one of the main slogans of the 1979 revolution had been: "No to the East; No to the West".

* The Iranian press review is a digest of reports that are not independently verified as accurate by Middle East Eye. 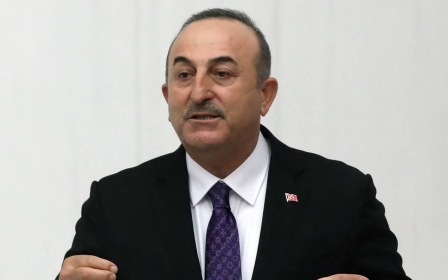 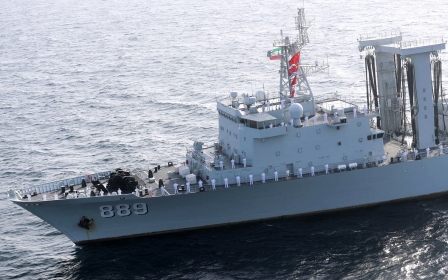