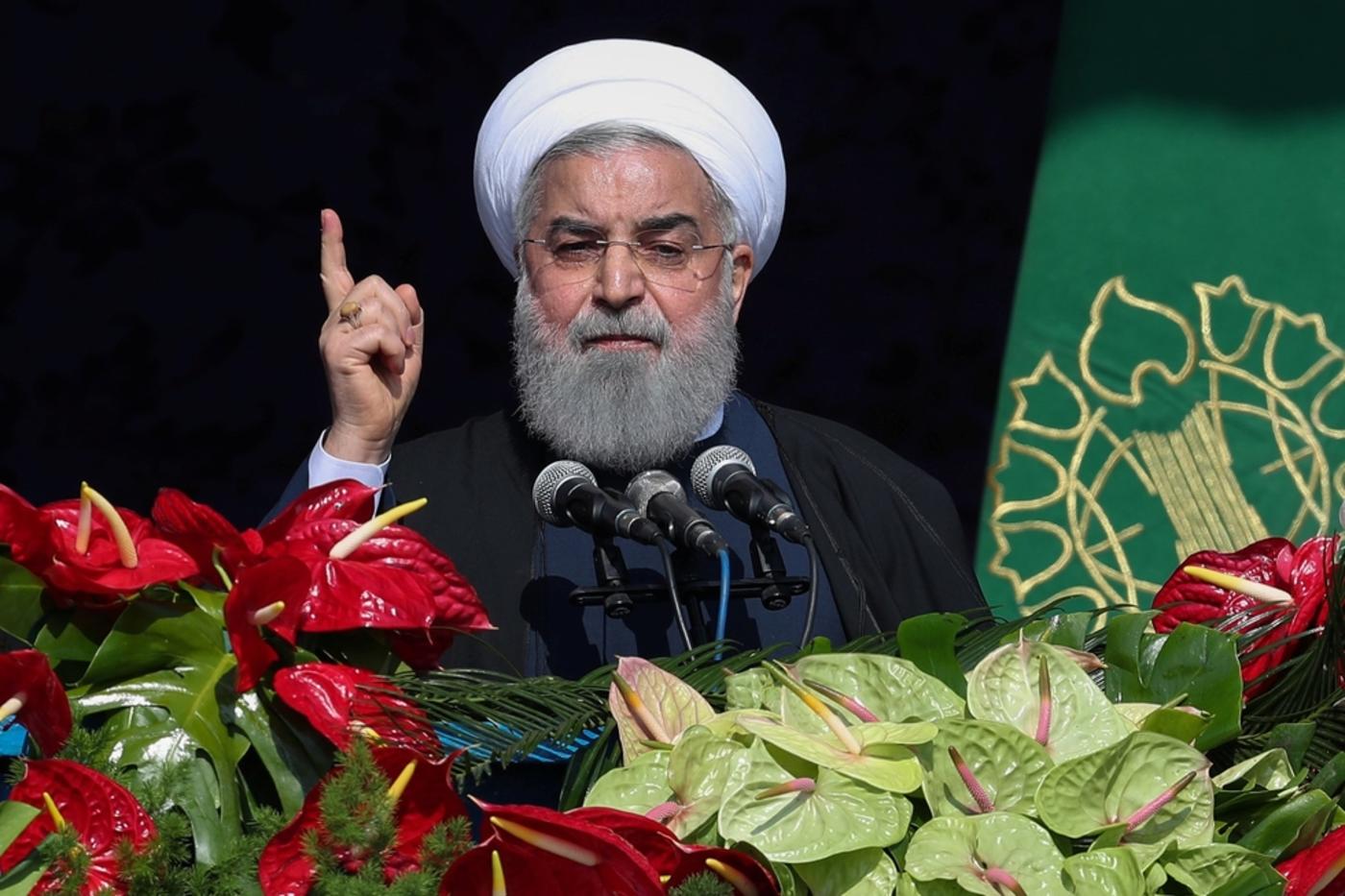 Iran President Hassan Rouhani has announced that Tehran is pulling out of key commitments under a 2015 international nuclear deal, a year after it was abandoned by the United States.

Rouhani said Iran would keep enriched uranium stocks in the country rather than sell them abroad and threatened to resume production of higher enriched uranium if world powers did not protect its interests against US sanctions.

In a speech broadcast on national television on Wednesday, Rouhani said the remaining signatories - Britain, France, Germany, China and Russia - had 60 days to make good on their promises to protect Iran's oil and banking sectors. Rouhani has written to the leaders of those countries, saying it will start rolling back some of its commitments under the 2015 nuclear deal on Wednesday, and will no longer sell enriched uranium and heavy water to other nations.

"If the five countries came to the negotiating table and we reached an agreement, and if they could protect our interests in oil and banking sectors, we will go back to square one [and will resume our commitments]," Rouhani said.

Rouhani warned of a firm response if Iran's nuclear case is referred again to the United Nations Security Council, but said Tehran was ready for negotiations over its nuclear programme.

"The Iranian people and the world should know that today is not the end of the JCPOA," Rouhani said, using the acronym for the nuclear deal.

"These are actions in line with the JCPOA (Joint Comprehensive Plan of Action)."

Iranian Foreign Minister Mohammad Javad Zarif also tweeted "After a year of patience, Iran stops measures that US has made impossible to continue."

For his part, a spokesperson for UN Secretary General Antonio Guterres said that the secretary general "strongly hopes" the Iran nuclear deal can be preserved, AFP news agency reported.

UN spokesman Farhan Haq said Guterres has consistently praised the 2015 nuclear deal as a "major achievement in nuclear non-proliferation and diplomacy", adding that the deal has "contributed to regional and international peace and security".

US President Donald Trump pulled out of the nuclear deal last year, and subsequently reimposed tough sanctions on Iran, including on its lifeblood oil exports with the stated intent of reducing them to zero and starving Iran's economy.

A senior White House official said on Wednesday that US is planning to impose further sanctions on Iran "very soon". Tim Morrison, Special Assistant to the President and Senior Director for Weapons of Mass Destruction and Biodefense, told a conference that Washington was not "done" with imposing sanctions on Iran.

France's defence minister said she wanted to keep the nuclear deal alive but warned Iran it could face more sanctions if it did not honour its part of the deal.

"Today nothing would be worse than Iran, itself, leaving this agreement," Florence Parly told BFM TV.

'We will not allow Iran to achieve nuclear weaponry'

Israel Prime Minister Benjamin Netanyahu said on Wednesday that his country would not allow Iran to get nuclear weapons.

"This morning, on my way here, I heard that Iran intends to pursue its nuclear programme," Netanyahu said in a speech marking Israel's Memorial Day.

"We will not allow Iran to achieve nuclear weaponry. We will continue to fight those who would kill us."

Iran has denied ever pursuing a nuclear weapons programme.

"Today's announcement from Tehran is, I have to say to the House, an unwelcome step,"  Foreign Office minister Mark Field told parliament.

"We urge Iran not to take further escalatory steps and to stand by its commitments.

"We are not at this stage talking about re-imposing sanctions, but one has to remember that they were, of course, lifted in exchange for the nuclear restrictions as part of that JCPOA."

"Should Iran cease meeting its nuclear commitments, there would of course be consequences".

China's foreign ministry said on Wednesday the 2015 nuclear agreement should be fully implemented and all sides have a responsibility to ensure it happens.

Foreign ministry spokesman Geng Shuang made the remarks during a daily briefing.

Rouhani's announcement came as Iran's Supreme National Security Council (SNSC) described as "psychological warfare" a US announcement that it was sending an aircraft carrier, support ships and bombers to the Gulf to deliver a message to Tehran.

US acting Defense Secretary Patrick Shanahan said on Monday that he had approved sending the carrier strike group and aircraft because of indications of a "credible threat by Iranian regime forces" but did not provide any details on the underlying intelligence.

US Secretary of State Mike Pompeo made an unannounced visit to Baghdad on Tuesday and met with the Iraqi prime minister and other senior officials after voicing US concern about Iraqi sovereignty due to increasing Iranian activity in the region.

"I wanted to go to Baghdad to speak with the leadership there, to assure them that we stood ready to continue to ensure that Iraq is a sovereign, independent nation," Pompeo told reporters en route to Baghdad to meet with Iraqi Prime Minister Adel Abdul Mahdi.

Asked if there was a threat to the Baghdad government from Iran that raised US concerns about Iraqi sovereignty, Pompeo said, "No, no, generally this has been our position since the national security strategy came out in the beginning of the Trump administration."

The US naval deployment marks the latest in a series of moves by the Trump administration aimed at ratcheting up pressure on Iran in recent months.

Washington recently said it will stop waivers for countries buying Iranian oil, in an attempt to reduce Iran's oil exports to zero.

In response to the designation, Rouhani signed a bill into law last week declaring all US forces in the Middle East terrorists and calling the US government a sponsor of terrorism Inside Iran
As the US pushes Iran to the brink, Tehran may need to get tough
Seyed Hossein Mousavian