Meanwhile, an influential reformist hits out at her allies' silence and Iran seeks to expand its space programme 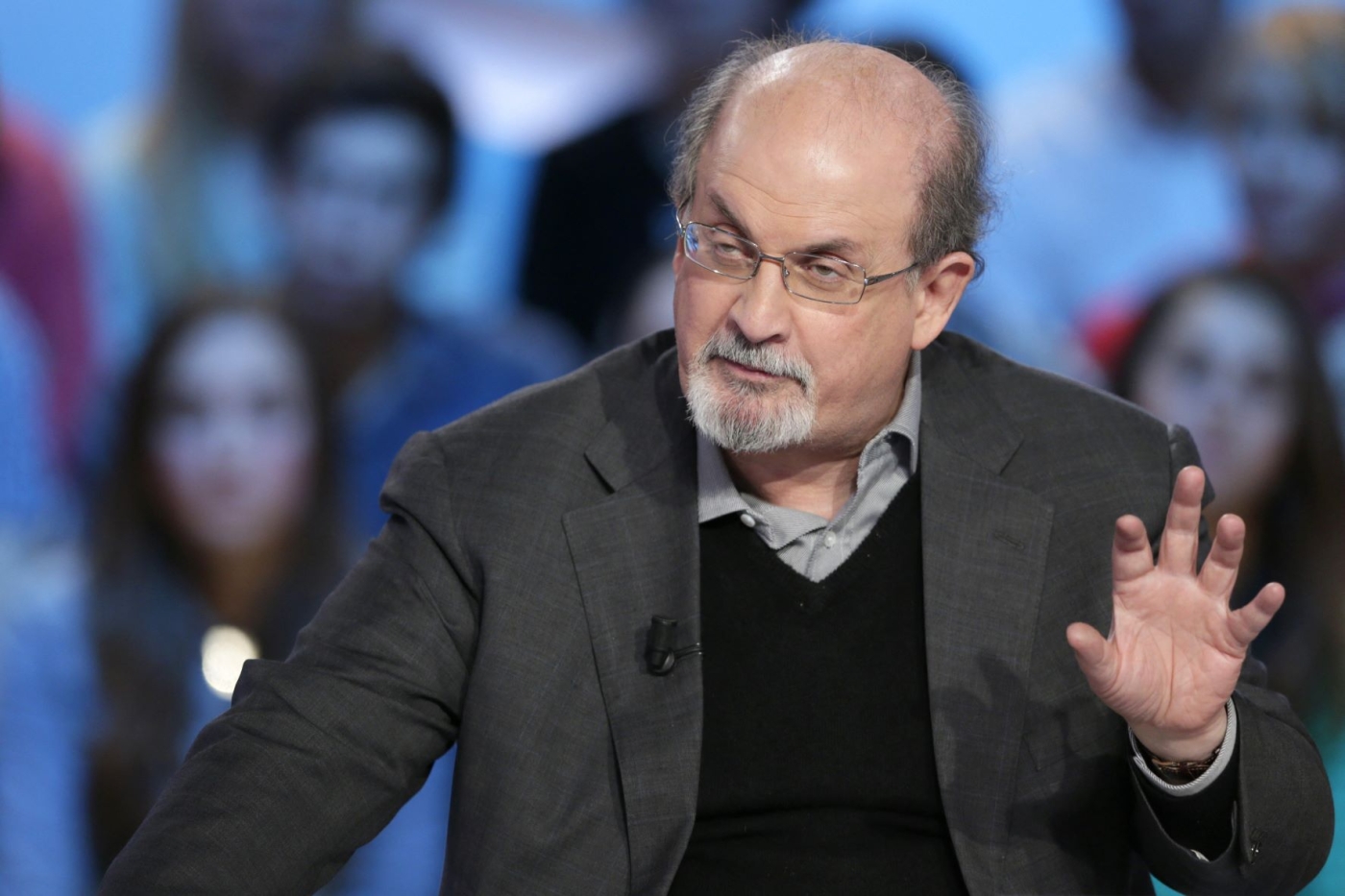 In this file photo taken on 16 November 2012, British author Salman Rushdie takes part in the TV show "Le grand journal" on a set of French TV Canal+ in Paris (AFP)
By
MEE correspondent

Reactions from Iranian reformist politicians and outlets to the stabbing of Salman Rushdie have remained widely unnoticed internationally, with media instead focusing on comments by principlists and officials in Tehran.

Following the attack, which left the British-Indian writer hospitalised following his stabbing at a US event, reformist politicians raised conspiracy theories about the timing of the attack, the disclosure of a plot to kill US former national security advisor John Bolton, and a potential breakthrough in nuclear talks in Vienna. 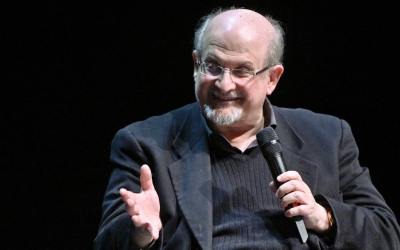 On Twitter, the prominent political activist and writer Abbas Abdi, wrote: "I don't follow the conspiracy theory, but I can't believe that the news about attempts to assassinate Bolton, the assassination of Salman Rushdie and reaching the final phase in talks to revive the nuclear deal happened all together just coincidently."

Seyed Jalal Sadatian, Iran's charge d'affaires in the UK in former President Hassan Rouhani's reformist administration went further by accusing Israel of carrying out false flag attacks in an attempt to destroy any potential agreement between Iran and western powers.

"The Israeli lobby has influential media and political power in the US… it also enjoys a great influence over the countries in the region and Europe," the Arman Meli daily quoted Sadatian as saying.

"And it is not unlikely of them at all to use all means possible to block any effort leading to the revival of the nuclear deal."

However, Ali Bigdeli, a foreign policy analyst, rejected the idea that the attack on Rushdie and alleged plots to kill Bolton could impact the negotiations in Vienna to potentially revive the 2015 nuclear deal.

According to Bigdeli, these incidents are part of a bigger plot targeting both Iran and the Democratic Party in the US.

"Iran is not the only target of those who lead this project," the Arman daily quoted Bigdeli as saying.

"[Those behind the attacks] also want to wield influence over the White House. The US presidential elections are not far, so we should expect a new wave of vilifying Iran and the US Democratic government."

Faezeh Hashemi Rafsanjani, the daughter of former Iranian president Akbar Hashemi Rafsanjani, has condemned reformist politicians for their lack of response to the unprecedented pressure exerted by President Ebrahim Raisi's administration and the Islamic Revolutionary Guard Corps (IRGC) on ordinary Iranians and activists. In a video that went viral on Tuesday, she urged reformist politicians and parties to react to the arrest of activists, dissidents, and filmmakers, as well as the current strict implementation of the headscarf law by Islamic morality police.

"Considering either religious, social, ethical or humanistic views, all these [arrests] that have happened were malpractices, but sadly, the reformists remained silent about those," she said.

Rafsanjani, who has close ties with the reformist camp, was elected to Iran's parliament as a pro-reform legislator in 1996 when her father served as president.

In the new video, she addressed reformists: "Just carrying a reformist label is not enough... If we want to make a change, have people supporting us in the next elections, and have a role in making decisions, we must be active, speak out, analyse, disagree, criticise and agree when needed."

The IRGC has targeted Hashemi Rafsanjani recently, and she is still waiting for court verdicts after being accused of "carrying out propaganda against the Islamic Republic" and "insulting the sacred".

Iran will test a new satellite carrier and build domestic versions of the Khayyam satellite to develop its space programme in cooperation with Russia, according to the minister of information and communication technologies.

Last week, Russia launched the Khayyam satellite into space for Iran. Russia built Khayyam - however, officials in Tehran claimed that Iran would collect all the information it gathered. "We have reached agreements to build the second, third and fourth versions of Khayyam inside the country," the minister was quoted as saying.

"We are just at the beginning of this path, and in the next two or three weeks, we will test a new satellite launcher that could carry 100 kilograms into orbit."

According to Zarepour, Iran aims to launch satellites weighing 500 to 600 kilograms.

In recent years, Iran has made several failed attempts to put into orbit its homegrown satellites with domestically made launchers.

Iran has repeatedly rejected any claim of military use in its civil nuclear programme.

A new report by Iran's Customs Administration has revealed that the discounts on Iran's petrol exports in the first three months of the spring were much higher than previously reported by local media.

In May, the pro-reformist Shargh daily reported that Tehran sold one litre of petrol for 38 cents; however, according to the new report, the official price for the country's discounted petrol was 27 cents.

These numbers have sparked anger among conservative media, which fully supported President Ebrahim Raisi since he took office last August.

Under the headline: "The mystery of 27 cents petrol", the pro-conservative paper, Jam-e Jam daily, wrote: "The answers given during the past days not only failed to answer the questions raised, but also increased sensitivities and raised the question of who exported cheap gasoline to the public."

"So far, no governmental office has provided any clarification on who and with which kind of licence exported these petrol shipments."

Since Raisi's victory in the presidential elections, conservatives and outlets affiliated with the IRGC have unceasingly hailed his administration for increasing Iran's oil, gas and petrochemical exports despite US sanctions. 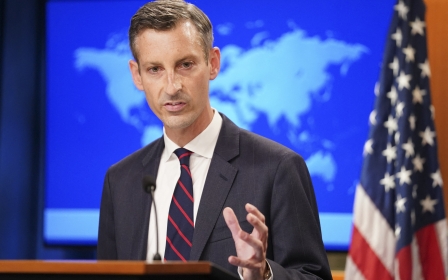 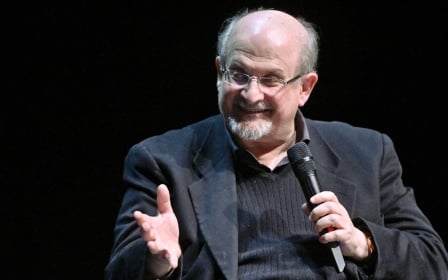 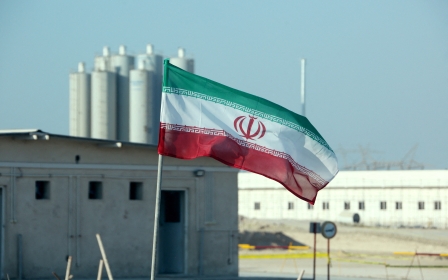