Meanwhile, tensions escalate between Tehran and Kyiv, Iranians rush to buy Tether stablecoin, and many can no longer afford secondhand goods 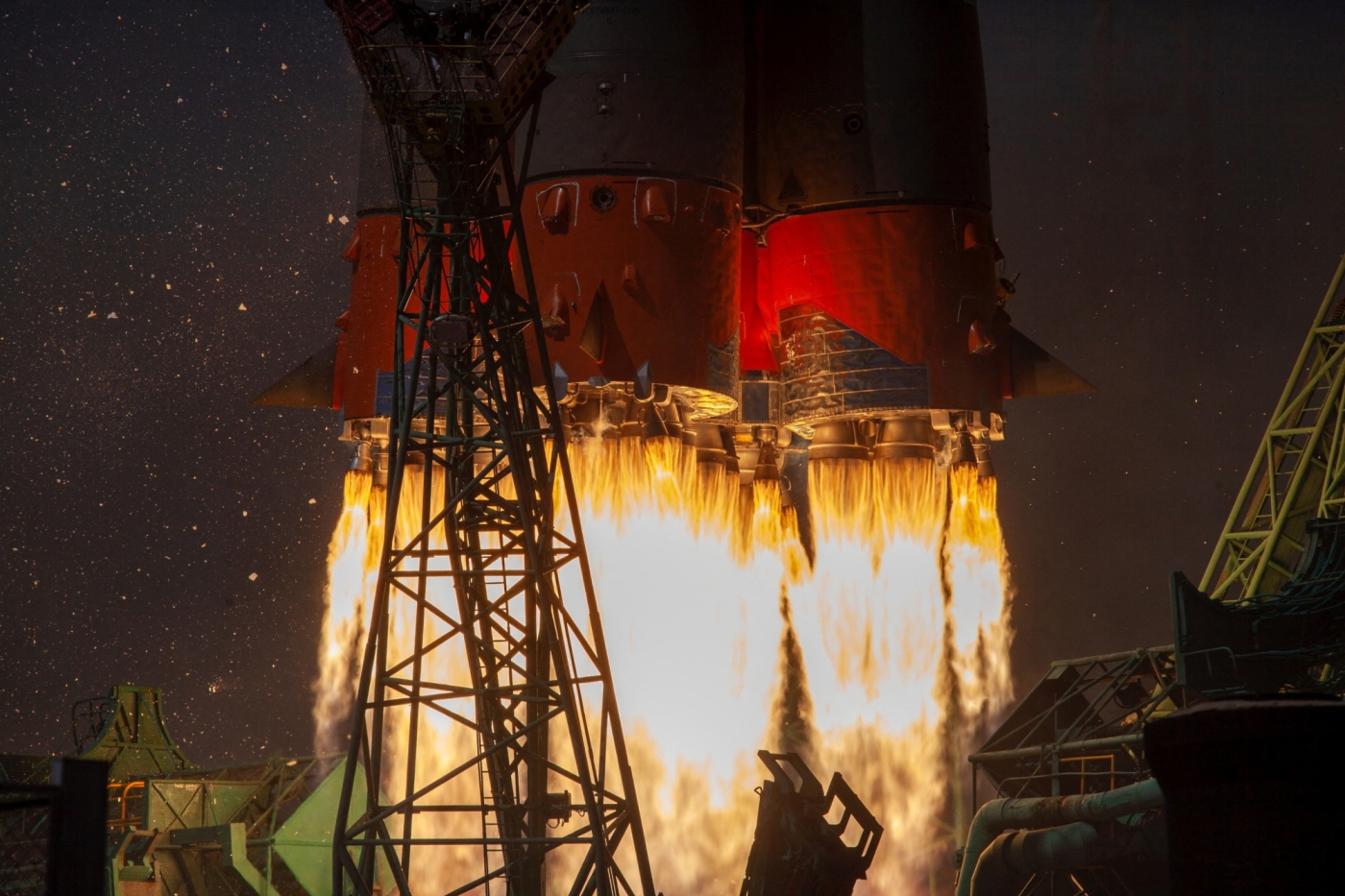 A Soyuz-2.1b rocket booster carrying the Iranian satellite "Khayyam" blasts off from the launchpad at the Baikonur Cosmodrome, Kazakhstan 9 August 2022 (Roscosmos/Handout/Reuters)
By
MEE correspondent

The commander of Iran's Passive Defence Organisation Brigadier General Mohammad Hossein Jalali has signalled that the successful test flight of a rocket capable of propelling satellites into space was part of the country's military programme. 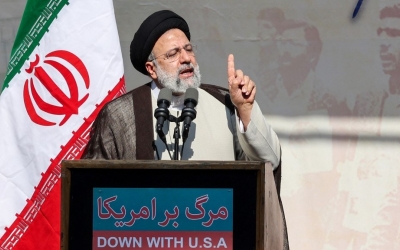 However, Jalili, who commanded the Islamic Revolutionary Guard Corps Aerospace Force (IRGCASF) between 1992 and 1997, has hinted at the country's military ambitions in a congratulatory message to the current head of IRGCASF.

"[The rocket test] has confirmed Iran's dominance, defence capabilities, and deterrence power, demonstrating to the enemies of the establishment that their villainies and conspiracies would be responded to," reported the Islamic Revolutionary Guard Corps-affiliated daily, Javan.

Iranian officials have long denied that the country’s space and nuclear programmes have any military purpose.

Fars News reported that the Bavar 373 could simultaneously hit six targets at a range of 300 kilometres.

Iranian analysts have warned that any Ukrainian attack against Iran would benefit Russia amid escalating tensions between Tehran and Kyiv over Moscow's deployment of Iranian drones in the Ukraine war, local media reported.

On 5 November, Mikhail Podolyak, an advisor to the Ukrainian president, called for a strike on drone and ballistic missile manufacturing centres in Iran in response to Iran's sale of drones to Russia.

Podolyak's comments were widely covered in Iran and some analysts have warned over a potential expansion of the Ukraine war to other countries.

"This Ukrainian official's comment was inappropriate, and the main beneficiary of his theory would be Russia, not Ukraine," a former Iranian diplomat told the Arman-e Emrouz daily. 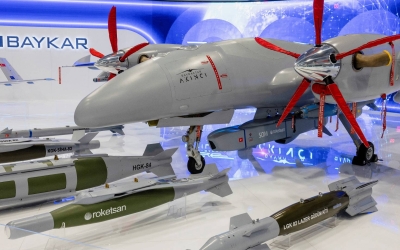 "Russians will be happy to see a new front added to their confrontation with the US. That would shift the centre of attention from Russia to Iran."

In response to Podolyak, Seyed Mohammad Marandi, an advisor to Iran's nuclear negotiating team with close ties with Iran's supreme leader, adopted a more aggressive tone and threatened Ukraine with retaliation for any potential military operation against Iran.

"Ukraine will face much bigger consequences in case of any hostile act on behalf of Kyiv," he wrote on Twitter.

Since September, Iran's drone programme has been under scrutiny as Ukraine and Western powers accuse Tehran of selling suicide drones to Moscow.

On 5 November, Iran for the first time publicly acknowledged the sale of homegrown UAVs to Russia before the war in Ukraine.

Iranians have rushed to buy the cryptocurrency stablecoin Tether as the Iranian rial hit a record low against the US dollar on the unofficial market this week.

On Saturday, one US dollar was selling for about 365,000 rials. However, local media reported that people had no desire to exchange US dollars for rials, as they waited for a more stable market.

In recent years, Iranian citizens have used US dollars or gold coins to save money in an attempt to safeguard the value of their funds during the country's severe economic crisis.

As authorities crack down on dollar dealers, Iranians have chosen Tether as a reliable source of investment. 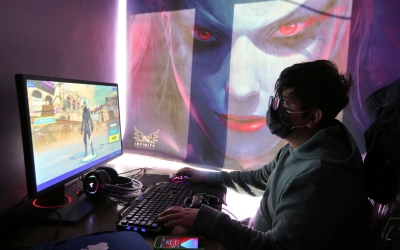 The economic daily Tejarat News wrote that more Iranians were interested in purchasing Tether because authorities could not impose any limits on deals with the stablecoin.

In 2018, the government banned exchanging foreign currencies outside the state-run exchange centres, where those currencies are sold at a lower price.

On Saturday, one US dollar changed at a rate of about 290,000 in registered exchange centres.

Economists believe that the deadlock in Tehran and Washington's indirect talks over a potential return to the 2015 nuclear talk, and the internet shutdowns due to the anti-government demonstrations were the leading causes for the new fall of the local currency.

Khabar Online suggested that cutting off the internet was the third major shock to Iran's economy after the US sanctions and the pandemic.

Millions of Iranians have lost the purchasing power to buy secondhand home and kitchen appliances as the country's economic crisis worsens.

"People's purchasing power is weak, and they do not have money to buy second-hand home appliances," he was quoted as saying.

In April, the price of new home appliances sharply increased, making millions of Iranians unable to buy those products.

According to reports, the prices of home appliances have tripled in the past four years. 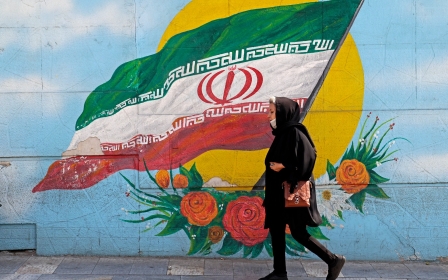 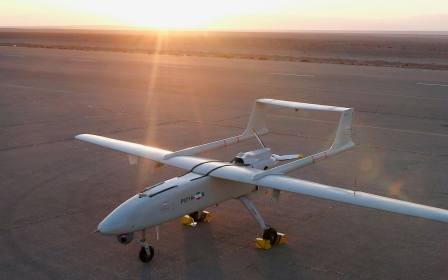 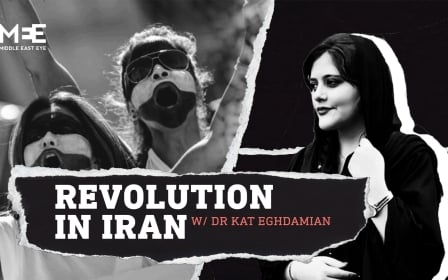