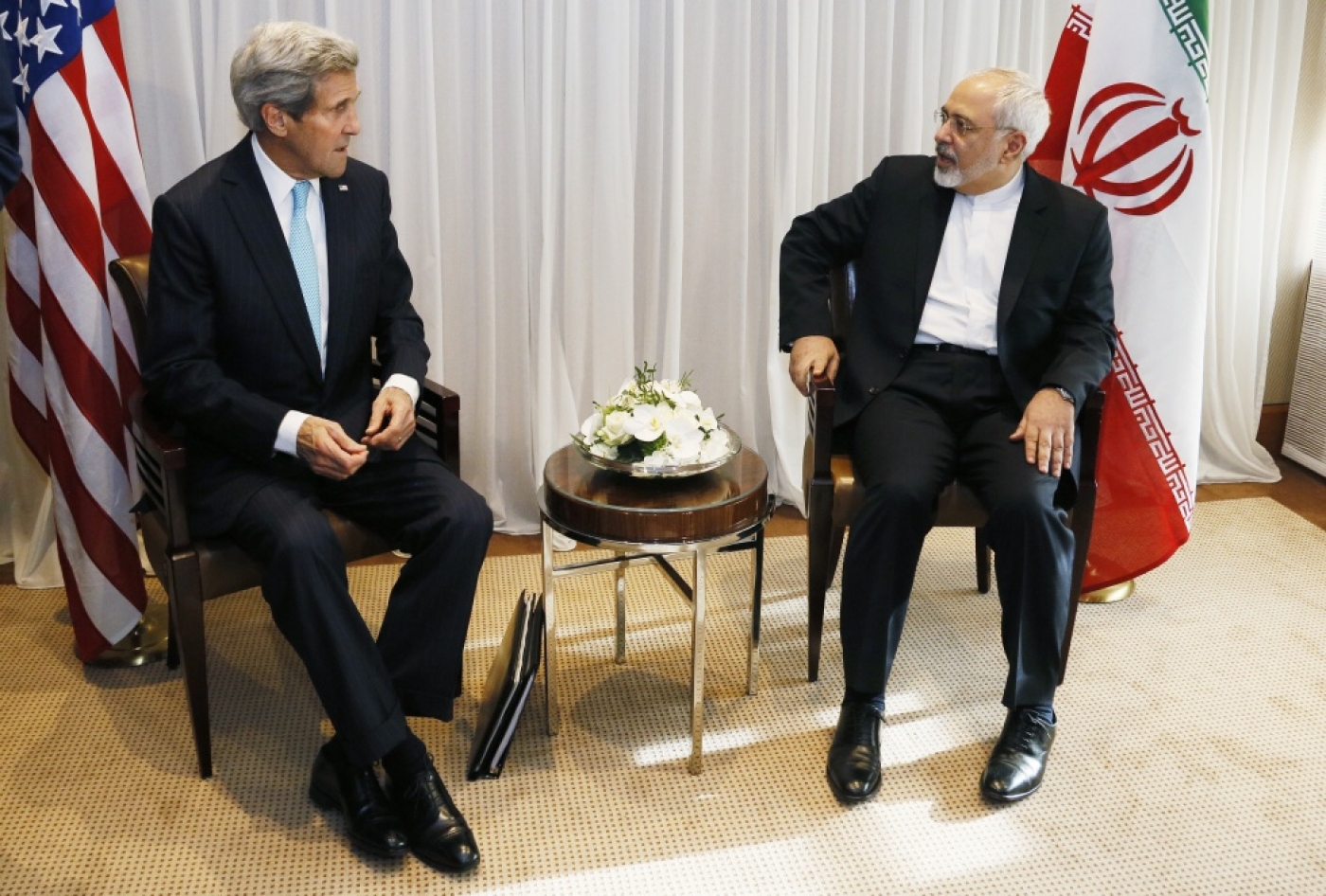 Iranian Foreign Minister Mohammad Javad Zarif (R) talks on 14 January, 2015 with US State Secretary John Kerry before their meeting in Geneva (AFP)
By
MEE and agencies

Iran's support for Shiite rebels in Yemen "contributed" to the militia's takeover of the Yemeni capital and the collapse of the government, top US diplomat John Kerry said on Tuesday, adding that Tehran was "surprised by the events".

Speaking to US lawmakers, Kerry agreed that Tehran's support for the Houthi militia was "critical" in shoring up the rebels.

Asked whether the Yemeni government collapsed because of Iran's support for the Houthi, Kerry replied: "I think it contributed to it .. without any question whatsoever."

"But I do know that the Iranians were surprised by the events that took place and are hoping to see a national dialogue take place," Kerry told the Senate appropriations committee, at the start of two days of intense budget hearings.

Kerry met on Sunday and Monday in Geneva with his Iranian counterpart Mohammad Javad Zarif for talks on Tehran's nuclear programme, but acknowledged he had had "brief conversations" on other topics.

Yemen's Gulf neighbours have rejected the sidelining of President Abd Rabbuh Mansour Hadi as a "coup," while the UN Security Council has urged the militia to withdraw its forces from government institutions.

An aide to Hadi said on Tuesday the embattled leader has retracted his resignation after escaping house arrest in the militia-controlled capital, Sanaa, at the weekend.

Hadi had tendered his resignation last month after the Shiite militia seized the presidential palace and besieged his residence in Sanaa.

Kerry revealed he planned to meet on Friday with leaders of the Gulf Cooperation Council in London to discuss the crisis in Yemen among other issues.

The US closed down its embassy in Yemen earlier this month, along with France and Britain, amid growing concerns about insecurity in the country.

The Houthis, whose power base is in the mainly Shiite northern highlands, overran Sanaa five months ago.

They have pushed their advance south and west into mainly Sunni areas, where they have met with fierce resistance from tribesmen and Yemen's branch of Al-Qaeda. Inside Yemen
Yemen's Hadi meets with country's governors in Aden