Meanwhile, relatives of a former judge say he was assassinated, and Farsi gambling websites earn millions of dollars annually A handout picture provided by Iran's Atomic Energy Organisation shows a warehouse after it was damaged at the Natanz facility, south of Tehran on 2 July 2020 (AFP)
By
MEE correspondent

Iran indirectly accuses US and Israel of nuclear site explosion

While Tehran has yet to announce the reason behind an explosion at the Natanz nuclear site, Iranian officials have indirectly accused Israel over its role in the incident and warned against direct military confrontation with Tehran.

Last week’s explosion at the nuclear facility, which is monitored by inspectors from the International Atomic Energy Agency (IAEA), caused no casualties but damaged an assembly workshop for IR6, IR4 and IR2m centrifuges. Iranian officials have neither rejected nor confirmed Israel’s alleged role in the blast. However, Iranian media close to the centre of power have indirectly put the blame on Israel and the United States.

In an analytical piece with no byline, Hamshahri Online wrote that the time and location of the “attack” shows that “the attackers had chosen a time and place that would not cause any casualties” and “would not damage sections with radioactive materials”.

Hamshahri compared the explosion at the nuclear site to the assassination of top Iranian General Qassem Soleimani in January. In response to Soleimani’s killing, Iran conducted a missile attack on the American Ain al-Assad military base in Iraq.

Nour News, an outlet close to Iran’s Supreme National Security Council, also said that Israel could not have taken part in the Natanz explosion operation without US support or at least a green light from Washington.

“If we accept that the Zionist regime’s role [in the incident] is true, then we have to accept that they had received US approval to directly engage with Iran,” the outlet added.

“It is very unlikely that Israel and the US have carried out such madness without thinking of its consequences.”

Meanwhile, Javad Karimi Ghodousi, a member of the national security committee at Iran’s parliament, said that the explosion at the nuclear site took place in the building that IAEA inspectors had examined six times.

“The incident is a result of the infiltration and information gathering in favour of the Zionist regime conducted by the inspectors,” he said.

The head of Iran’s Revolutionary Guard Corps Navy (IRGCN) has revealed that Iran has built underground cities and floating missile launch platforms on the coastline of the Gulf.

In an interview with the Sobhe Sadegh weekly, Admiral Alireza Tangsiri said the IRGCN will put its total power on display at any time the top commanders of Iran’s military forces decide.

According to Tangsiri, the Revolutionary Guard Corps has armed the entire 2,200 kilometres of Iran’s southern coastline and organised 23,000 volunteer forces to secure it. “Our enemies know that the IRGC and the [official] army have underground cities all along the cost of the Persian Gulf and Makran region, but their intelligence on the matter is not accurate,” he said.

The top military commander also announced that the Guard’s naval force will soon unveil new long-range missiles, adding that IRGC capabilities have become the nightmare of American troops in the Gulf and the Sea of Oman.

When asked about US President Donald Trump’s instructions to US navy to shoot and destroy IRGC boats, the admiral suggested it was only rhetoric.

Tangsiri was, respectively, referring to Iran’s missile attack on US forces in Iraq’s Ain al-Asad base following the US assassination of IRGC senior commander Qassem Soleimani, and Iran’s downing of the RQ-4 Global Hawk in 2019.

Doubts on judge’s death in Romania

Contradictory remarks by politicians and relatives of a former Iranian judge who died in a hotel in the Romanian capital of Bucharest have cast more doubts about his suspicious death.

On 19 June, the body of Gholamreza Mansouri was found in the lobby of the Duke Hotel in Bucharest. Based on initial reports by Romanian police, the former judge, wanted by Iran on corruption charges, fell from a high floor.

The report also announced that his death could have been a suicide. However, Mansouri’s lawyer in Iran rejected the possibility of suicide, saying that his client was determined to return to Iran.

Mansouri was accused of receiving 500,000 euros (over $560,000) in bribes in a major corruption case in Iran. At the time of his death, the judge was under Interpol detention and was about to return to Iran to face trial.

At the same time, a video that Mansouri posted online before his death added to the ambiguity around this case. On 8 June, Mansouri said in the video that he was in Germany at the time and was ready to voluntarily return to Iran and defend himself against the charges. After being in Germany, he went to Romania.

In an interview with BBC Persian, Heydari raised the theory that extraterritorial intelligence officers working at Iranian embassies in Europe had convinced the judge to move from Germany to Romania. Mansouri's Schengen visa was issued by Italy and he used a French sim card.

According to Heydari’s claim, it was easier for these officers to “push him towards suicide” in a country like Romania.

Additionally, Mansouri’s brother revealed that the former judge was afraid for his life and had told him that he was not safe in Europe.

Mansouri’s brother told Borna news that his family believed the former judge was assassinated. He did not elaborate on who or which organisation could have been involved in the alleged killing of Mansouri.

Online betting sites on the rise

The number of Farsi online betting sites has been on the rise despite an official ban on such websites and religious fatwas (decrees) that prohibit gambling in Islam.

Farsi gambling and betting websites are mainly based in Turkey and Iranian Instagram influencers living outside of the country are the main promoters of these online platforms, local media has reported.

Iran’s cyber police commander Vahid Majid told Mehr news agency that over 30,000 gambling and betting websites were shut down by police. He did not elaborate on when this happened.

Some sources have estimated that last year the revenue of Farsi gambling websites was about 25,000 billion Iranian rials - about $125m on the open exchange market.

According to YJC, Iranian ex-pat social media influencers advertise online casinos by showing off rented luxury vehicles, villas and private jets, encouraging their followers to try their chance for a better life by putting their money into gambling sites.

The networks that control Farsi betting websites work with people inside Iran who rent out their bank accounts to the websites for money transfers, the report said. 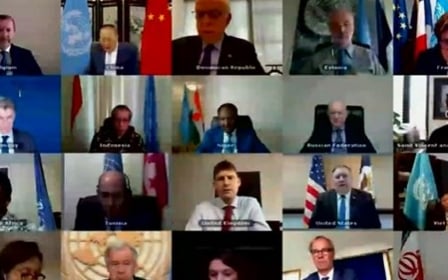