Meanwhile, Iran's women’s futsal team protests against discrimination, and rising rents force the poor to sleep on rooftops and in basements 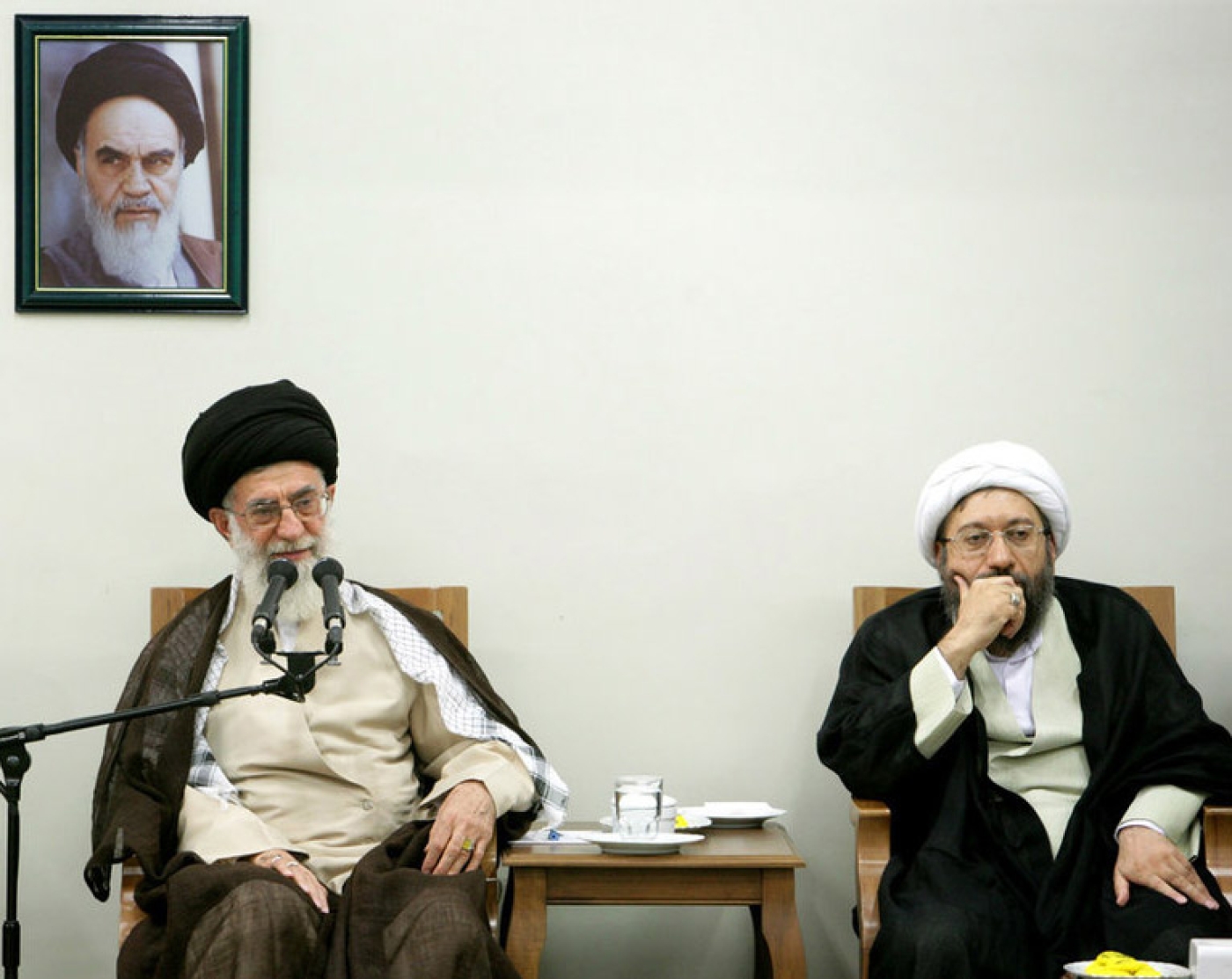 Larijani currently serves as the head of the powerful Expediency Council, an advisory body appointed by Khamenei with an ultimate adjudicating power in disputes over legislation between parliament and the Guardian Council.

Tabari, who served as executive deputy to Larijani between 2009 and 2019, has appeared seven times in court since the beginning of June on charges of receiving thousands of dollars in cash, luxurious apartments, villas and large pieces of land in bribes.

Tabari is the most senior official in Iran’s judicial system to stand trial publicly for involvement in a bribery case. 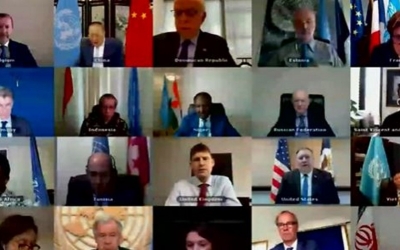 Two former judges and other senior judicial officials are among the defendants in this case. On 19 June, Gholamreza Mansouri, one of the accused judges, was found dead at a hotel in Budapest, Romania.

Before Tabari’s arrest in July 2019, he held top positions in Iran’s judiciary system, which is controlled by ultra-religious conservatives.

Since the beginning of the trial, a number of politicians and members of the public have demanded accountability for Larijani, who appointed Tabari and backed him after his arrest.

However, the Iranian leader’s support appears to have saved Larijani from being put on trial or even questioned about the corruption case.

“The fight against corruption that we can now see clearly inside the judiciary system began during the time of Mr Amoli Larijani, and he was the person who started the move,” Khamenei was quoted by ISNA as saying.

At one of the court sessions, in response to accusation of receiving a luxury villa in Lavasan as a bribe, Tabari said the people who gave him the villa were like his brothers and if he had asked, they would have given him all the lands and factories in the affluent town.

“It is about friendship, if you don’t have such friends it’s not my problem,” he added in response to the judge’s questions.

Official neglect of long-overdue cash rewards for members of the Iranian women’s futsal team, which won the 2018 AFC women’s championship, has triggered anger among the public and local media.

In 2018, the sports ministry transferred the cash reward into the bank account of Iran’s football federation, but the reward has not yet been paid to the futsal players, local media reported. 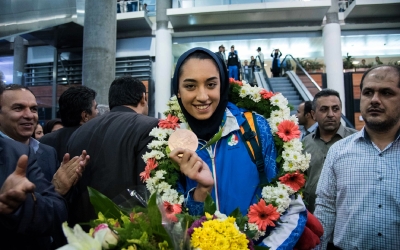 ‘We are captives’: Iranian athletes, artists and journalists break ranks to speak out
Read More »

The lost cash reward was equal to 220m Iranian rials (about $1,200 on the open market) for each member of the national team.

Critics say that even if Iran’s football federation pays the reward now, the rial has since lost about 70 percent of its value due to the US total embargo on Iran's economy. In 2018, the reward was equal to over $4,000.

While the cash reward for female champions is lost, members of the country’s men's football team have received thousands of dollars in reward for playing at the 2018 FIFA World Cup in Russia, Tasnim news agency has reported.

The men’s national team did not get through the group stage of those games. However, according to Tasnim, even the translator of the national team received an 18,000 euro (more than $20,000) reward.

Additionally, Fatemeh Etedadi, Iran’s futsal team striker in the 2018 AFC women’s championship, revealed that the withheld payment was not the only cash reward that Iranian women champions were promised but never given.

In an interview with Etemad daily, Etedadi said that members of the team have not received the victory rewards ordered by the office of the president and Iranian parliament, worth about 800m Iranian rials (around $4,300) for each player.

Ali Sanei, the coach for Iran’s men’s futsal team, accused sports officials of using the women’s championship for their own propaganda purposes, but depriving female players of their basic rights, Arman daily said.

Professional women football and futsal players face various discriminatory obstacles in Iran, including the fact that the country’s national TV broadcaster IRIB does not air women’s domestic and international matches.

Daily workers who cannot afford to rent an apartment or a room in Tehran pay nightly rent to sleep on the rooftops of buildings in the capital's suburbs and poor neighbourhoods, Aftab has reported.

According to the daily, renting out the basement storage rooms in high-rise apartments in Tehran’s affluent neighbourhoods is another new phenomenon in the Iranian capital’s housing market.

Following the worsening accommodation crisis in Tehran, many low income families have been forced to move to the capital's satellite cities.

Since the 2018 US withdrawal from Iran’s nuclear deal and the more than 1,000 sanctions that Washington has imposed on Tehran, the price of accommodation has been sharply rising across the country.

Rouhani says Iran has 'toughest year' due to coronavirus, US sanctions
Read More »

In an interview with ILNA, Mohammad Oghbaei, vice president of Tehran’s real estate consultants syndicate, said that rents saw a 30 percent increase in recent months, which follows the inflation rate.

Meanwhile, former legislators had revealed that well-connected real estate tycoons also play an important role in increasing the prices, by keeping empty units out of the market.

Last year, former Iranian lawmaker Zahra Saeedi Mobarakeh told Tasnim news agency that between 2006 and 2016, 10.5m residential units were constructed in Iran, but only 2.4m of them were in use. 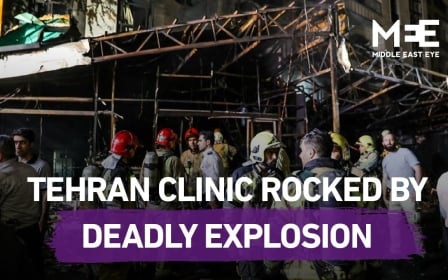 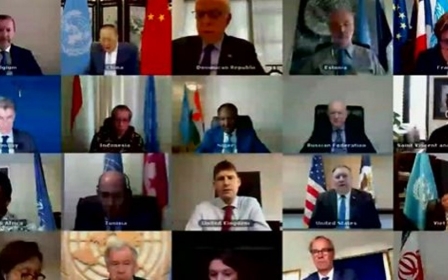 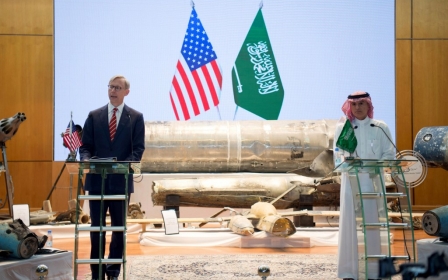 Iran tensions
Israel tweets in support of Saudi Arabia, calls Iran an 'enemy of all of us'