Israel tweets in support of Saudi Arabia, calls Iran an 'enemy of all of us' Adel al-Jubeir (R), Saudi Arabia's minister of state for foreign affairs and US Special Representative for Iran Brian Hook at a joint press conference in Riyadh on 29 June (AFP/File photo)
By
MEE staff

Israel's foreign ministry has tweeted in support of Saudi Arabia after it criticised Iran, adding the Islamic Republic is "the enemy of all of us," in another display of warming ties between the two countries.

Israel's foreign ministry shared a post on Monday from Adel al-Jubeir, Saudi Arabia's minister of state for foreign affairs, where he called Iran "the first country to support terrorism across the globe."

The Israeli foreign ministry's official Arabic-language Twitter account added: "Iran, the source of terrorism, has penetrated four Arab countries: Syria, Lebanon, Yemen and Iraq and created quagmires of corruption, not [to] mention sowing chaos and putting neighbouring countries at risk… With increased sanctions, these Mullahs are in a hurry."

While Saudi Arabia and Israel do not share official diplomatic ties, in recent years several Gulf states that are critical of Iran have been making moves to normalise relations.

MBS was asked by Jeffrey Goldberg whether the "Jewish people have a right to a nation-state in at least part of their ancestral homeland?"

"I believe that each people, anywhere, has a right to live in their peaceful nation," he replied.

His comments broke with official regional policy which states that an independent Palestinian state must be established before Arab states recognise Israel.

The Israeli foreign ministry's remarks came hours after Saudi Arabia joined the US in its calls to extend a 13-year-old UN arms embargo against Iran, which is due to expire in October under the terms of Tehran's 2015 nuclear deal.

The US, Israel and Saudi Arabia have alleged that letting the ban expire would allow Tehran to destabilise the region by arming its proxies.

The US has vowed to stop the expiration of the UN deal, but Russia and China - both UN Security Council members with veto powers - oppose extending the measure.

At least three other Security Council members - Britain, France and Germany - have also expressed opposition to the US plan.

Speaking at a joint US-Saudi news conference on Monday, Jubeir urged the international community to extend the embargo, warning that its expiration would embolden Tehran. 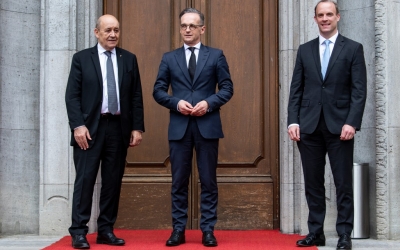 "Despite the embargo, Iran seeks to provide weapons to terrorist groups, so what will happen if the embargo is lifted? Iran will become more ferocious and aggressive," Jubeir said, standing next to US Iran envoy Brian Hook at the conference in Riyadh.

Jubeir said a shipment of Iranian weapons bound for Yemen's Iran-aligned Houthi movement was seized as recently as Sunday. A Saudi-led coalition has been battling the Houthis in Yemen since 2015.

Set up behind the podiums at the news conference were a range of weapons, including drones and missiles, that Saudi authorities said were used in cross-border Houthi attacks on Saudi cities. Jubeir alleged that the arms were supplied to the group by Iran.

"We urge the international community to extend the embargo on selling arms to Iran and on Iran’s ability to sell arms to the world," Jubeir said.

Iran denies arming groups in the Middle East, including the Houthis, and blames regional tensions on the US and its allies in the region.

"This is not an outcome that the UN Security Council can accept. The council’s mandate is clear: to maintain international peace and security," Hook said.

Despite pressure from Washington, earlier this month Britain, France and Germany (E3) - all signatories to the Tehran nuclear deal - said they would not back US efforts to unilaterally trigger the reimposition of a UN arms embargo on Iran.

Instead, the trio called for talks with Iran in the hopes that the nuclear deal, known formally as The Joint Comprehensive Plan of Action (JCPOA), could be salvaged.

Under President Donald Trump, the US pulled out of the Obama-era nuclear accord in 2018, the first of an escalating series of moves aimed at destabilising Iran.

But despite its withdrawal from the accord, Washington has threatened to trigger a so-called snapback of all UN sanctions on Iran, using a process outlined in the nuclear deal.

The US has been hard-pressed to find allies for its initiative, which would likely finish off the multinational nuclear agreement.

"We firmly believe that any unilateral attempt to trigger UN sanctions snapback would have serious adverse consequences in the UN Security Council," the foreign ministers of the E3 said in a statement earlier this month after discussing Iran in Berlin.

"We would not support such a decision, which would be incompatible with our current efforts to preserve the JCPOA," the statement continued.

Iran Tensions
Iran confirms talks with Saudi Arabia to de-escalate regional tensions
Inside Iraq
Iraqi armed factions distance themselves from Iran, worried over talks with US and Riyadh
Diplomacy
Saudi Arabia-Iran rapprochement: What is driving push for diplomacy? 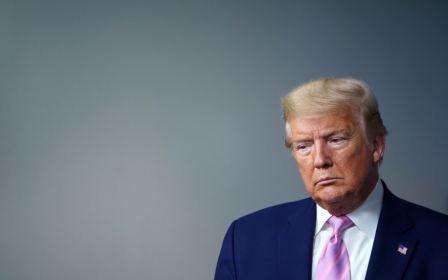 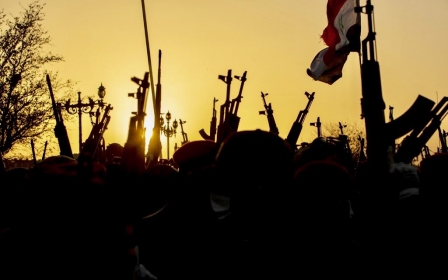