Two years of escalations: Looking back at US-Iran tensions after nuclear deal pullout 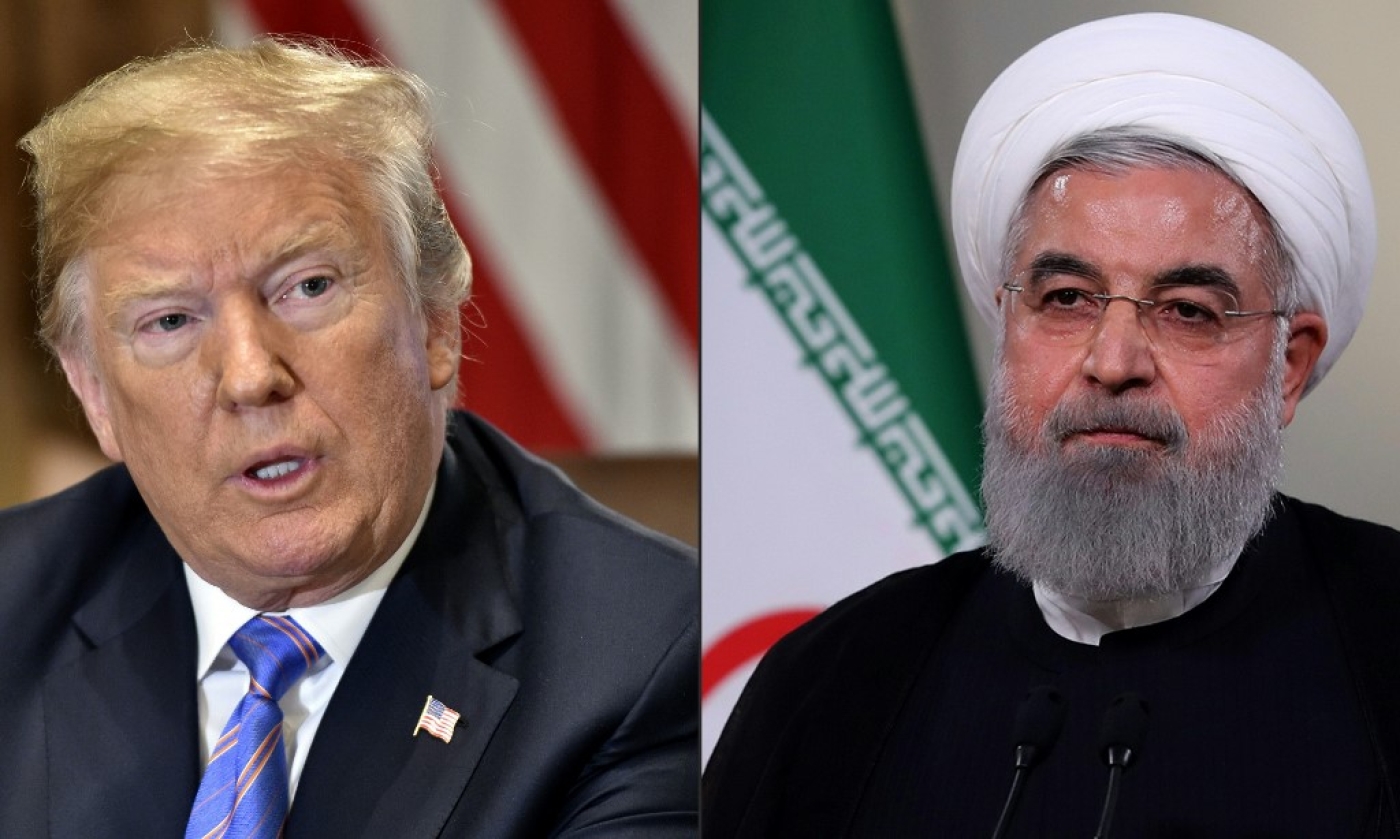 Tensions have been steadily rising between the United States and Iran since the Trump administration unilaterally withdrew from a landmark nuclear deal two years ago.

Established in 2015 under the Obama administration, the agreement - known formally by the acronym JCPOA - saw Iran curb its nuclear programme in exchange for the lifting of international sanctions that had crippled its economy.

On 21 May 2018, Washington officially launched its pressure campaign against Iran after President Donald Trump signed a presidential memorandum ending all American commitments to the nuclear deal, unraveling the signature foreign policy achievement of his predecessor.

The president declared the deal "defective" and vowed that Washington would "not be held hostage to nuclear blackmail". 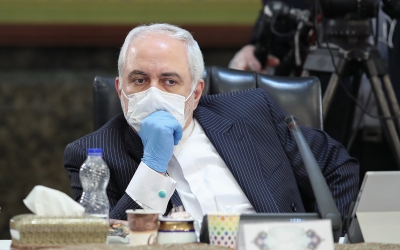 "This was a horrible one-sided deal that should have never, ever been made," Trump said in an 11-minute address. "It didn't bring calm, it didn't bring peace, and it never will."

The move did not violate the JCPOA, but Iran's ambassador to the International Atomic Energy Agency (IAEA), the world's nuclear watchdog, said that the decision to open the facility was in preparation "for a possible scenario" of the JCPOA falling apart.

Trying to save the agreement, that summer France, Germany, the UK and the EU asked the United States to exempt entities doing legitimate business with Iran from US sanctions penalties, but the Trump administration refused the request.

In November 2018, the US began to reimpose sanctions on Iran's oil, banking and transport sectors, with promises that more sanctions were to come.

On several occasions tensions have flared over the sanctions, and earlier this year, Iran said the campaign was deliberately hampering efforts to fight the spread of the coronavirus.

Middle East Eye takes a look at some of the major events since the start of the "maximum pressure" campaign and how the policy has led to a dangerous game of brinksmanship with a very narrow window for de-escalation.

Sanctions on Iranian individuals and entities came to a head in April 2019, when the US blacklisted Iran's elite military force, the Islamic Revolutionary Guard Corps (IRGC). It was the first time Washington had formally labelled another country's military as a terrorist group.

Iranian President Hassan Rouhani shot back, signing a bill that declared all US troops in the Middle East as terrorists and designating the US as a state sponsor of terrorism.

May 2019 saw a whirlwind of near-daily policy moves. The US stopped issuing waivers - a lifeline for Tehran - to countries that imported oil from the Islamic Republic.

Days later, Washington deployed an aircraft carrier, as well as ships and bombers, to the Gulf.

Iran warned that it would begin to withdraw from parts of the 2015 nuclear agreement over the US's actions. Tehran's announcement garnered a new round of US sanctions that targeted Iran's metals trade - iron, steel, aluminium and copper, specifically.

On 12 May 2019, four oil tankers were damaged in "acts of sabotage" off the coast of Fujairah, just outside the Strait of Hormuz.

It was unclear who was responsible for the attack, but the US pointed its finger at Iran. Washington ordered all non-emergency government employees to leave Iraq, citing fears of an imminent attack by Iranian-backed proxies.

Meanwhile, Secretary of State Mike Pompeo was in Europe seeking support for the "maximum pressure" campaign. His reception was lukewarm, with the European Union's foreign policy chief instead urging the US to show "maximum restraint".

On 24 May 2019, Washington announced its plans to deploy 1,500 additional troops to the Middle East to counter perceived Iranian threats. Iran blasted the decisions as "extremely dangerous", insisting it was not seeking to go to war with the United States.

By mid-June 2019, two more oil tankers were damaged in an attack, this time in the Gulf of Oman. Hours after the incident, Pompeo again blamed Iran without providing evidence. Iran immediately denied involvement, while the UN called for an independent investigation.

The US on 17 June 2019 reiterated its plans to send US troops to the Middle East. Three days later, Iran shot down a US military drone it said had entered Iranian airspace near the Strait of Hormuz. The US insisted that the drone had been in international airspace.

The downing of the drone brought a new level of tension to the back-and-forth that had been going on for more than a year. The next morning the United States woke up to tweets from Trump announcing that he had been 10 minutes from bombing Iranian soil.

....proportionate to shooting down an unmanned drone. I am in no hurry, our Military is rebuilt, new, and ready to go, by far the best in the world. Sanctions are biting & more added last night. Iran can NEVER have Nuclear Weapons, not against the USA, and not against the WORLD!

According to US officials, ships had been in position and planes were deployed in the air when the order came to stand down.

Trump said he had called off the strike after American generals told him the attack would kill 150 Iranians, which he said would not be "proportionate" to Iran's strike on the US drone.

Instead, the US imposed a new round of sanctions on Iran, this time targeting the country's supreme leader, Ayatollah Ali Khamenei. Iranian President Hassan Rouhani said the sanctions were "outrageous and idiotic" and called the White House "mentally retarded", vowing that Tehran would not back down from US sanctions.

Trump shot back on 25 June 2019, threatening Iran with "obliteration" if the country were to strike American targets.

The increase in rhetoric between the US and Iranian leaders led Congress to take action, with Senate Democrats pushing a vote on an amendment that sought to bar Trump from being able to declare war on Iran without authorisation from Congress. The vote failed, but a few weeks later the House passed a similar bill.

Efforts to get the legislation passed would continue throughout the year and into the next.

Tensions in the Strait of Hormuz

Meanwhile, tensions in the Strait of Hormuz, through which a fifth of the world's oil passes, were steadily becoming more serious.

A super-tanker suspected of carrying Iranian crude oil to Syria was detained in Gibraltar on 4 July 2019. Iran threatened to seize a British oil tanker if its vessel was not released immediately.

Weeks later, an American warship downed an Iranian drone in the strait.

As a result, the US announced plans to set up a coalition of allied countries willing to patrol key waterways in the Gulf region. The UK was the first country to join Washington's maritime security mission, followed by Bahrain and Australia. 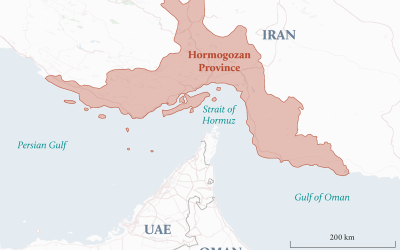 Washington took its sanctions a step further, blacklisting Iran's Foreign Minister Mohammad Javad Zarif. Trump and Zarif had a chance to sit down for talks in August 2019, when they both attended the G7 conference, but the two declined to meet.

By September 2019, Iran was fed up with the lack of support from the nuclear agreement's other signatories. President Rouhani announced that European powers had two months to save the nuclear deal, warning the remaining signatories that Iran was preparing to breach the pact in ways that would have "extraordinary effects".

That month, tensions began moving from the Strait of Hormuz back to land in the Middle East.

A drone attack hit the heart of the Saudi oil industry, forcing the kingdom to shut down about half of its crude production. While the Houthis in Yemen took responsibility, the US insisted the strike had come from Iranian-backed forces in Iraq.

Iran warned that all US bases and aircraft carriers in the Middle East were within range of its missile capabilities. Trump responded saying the US was "locked and loaded".

In October 2019, the US announced that 2,000 additional troops, along with jet fighter squadrons and an air expeditionary wing were being sent to Saudi Arabia to protect its oil facilities.

The next month, Iran's first breach of the JCPOA was recorded.

By November 2019, US sanctions had ravaged the Iranian economy, forcing the government to increase the price of fuel by almost 300 percent. Protests against the price hike erupted across the country, resulting in a deadly government crackdown. While rights groups have estimated that between 300 and 400 protesters were killed, the US said the death toll was near 1,000.

In a break from the US's status quo, the Trump administration publicly backed the Iranian protesters.

By December, the first American casualty in the back-and-forth between Washington and Tehran was recorded when a rocket attack believed to have been launched by a pro-Iran militant group in Iraq killed an American civilian contractor.

A couple days later the US carried out air strikes against the group in Iraq, killing at least 25 fighters.

Two days before New Years Eve 2019, thousands of Iraqi protesters and militia men stormed the US embassy in Baghdad, angry over the American air strikes.

The new year rang in with tensions higher than ever. Rhetoric had already been exchanged for military confrontations, and on 2 January Defence Secretary Mark Esper warned that Washington was ready to take "preemptive action" against Iran.

In a confusing turn of events, on the night of the Iranian attack, a Ukrainian International Airlines commercial flight was also shot down, killing all 176 people on board. An IRGC official later took responsibility for the plane's downing, saying it was an accident caused by human error.

Both houses of Congress were outraged that the Trump administration had escalated the situation with the strike on Soleimani, which was ordered without Congressional approval.

By 13 February, a bill to curtail Trump's ability to order strikes against Iran without first seeking Congress's explicit permission had passed in both the House and the Senate.

The bill would be pushed aside as the world began to grapple with the outbreak of the novel coronavirus pandemic, but in May the legislation would finally land on Trump's desk, only to be vetoed - an action the Senate failed to override.

Amid the coronavirus pandemic, several US politicians, rights groups and activists called on the administration to temporarily lift its sanctions on Iran, but the Trump administration refused and has continued to issue new sanctions as the pandemic continues. 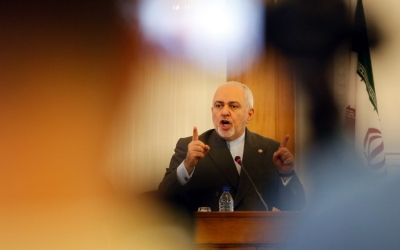 Most recently, Iran's interior minister was slapped with sanctions, with the US accusing him of ordering the violence against protesters last year.

Between November and March, Iran had nearly tripled its stockpile of enriched uranium, putting Iran within reach of the amount needed to produce a nuclear weapon, which it continues to insist it does not want to do.

Currently, Tehran's focus has been on curbing the coronavirus pandemic, which has hit Iran harder than any country in the Middle East, with about 124,600 cases of Covid-19 and more than 7,000 related deaths.

Meanwhile Washington's efforts seem to be focused on an upcoming deadline that is set to expire concerning the UN's arms embargo on Iran.

The UN imposed a ban on the export of most major conventional weapons to Iran in 2007, but when the Iran nuclear deal went into effect in 2015, a five-year sunset clause was inserted into the agreement, allowing key restrictions to be lifted in October 2020.

Despite the US abandoning the Iran nuclear deal, Washington has argued that it can trigger a return of UN sanctions because a 2015 Security Council resolution enshrining the deal still includes it as a participant.

US officials have said that they are preparing a UN Security Council resolution to extend the embargo. If the measure is blocked by Russia or China, Washington aims to use a provision within the nuclear accord that it abandoned to snap back the sanctions. 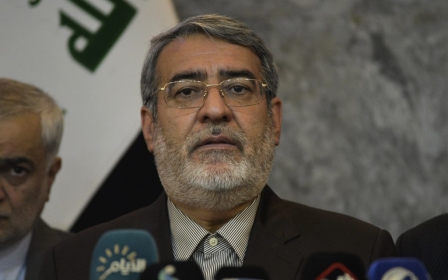 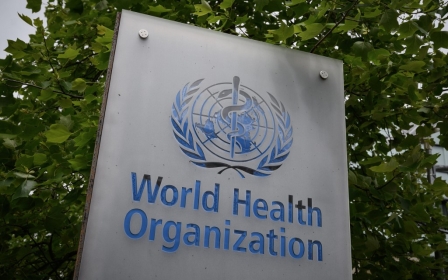 Covid-19
Coronavirus: Iran slams US sanctions as 'inhumane' during WHO address 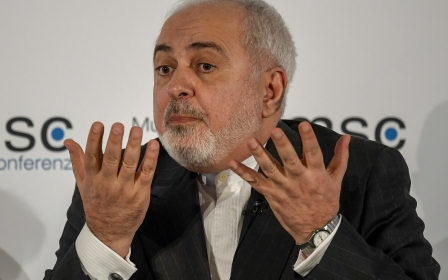