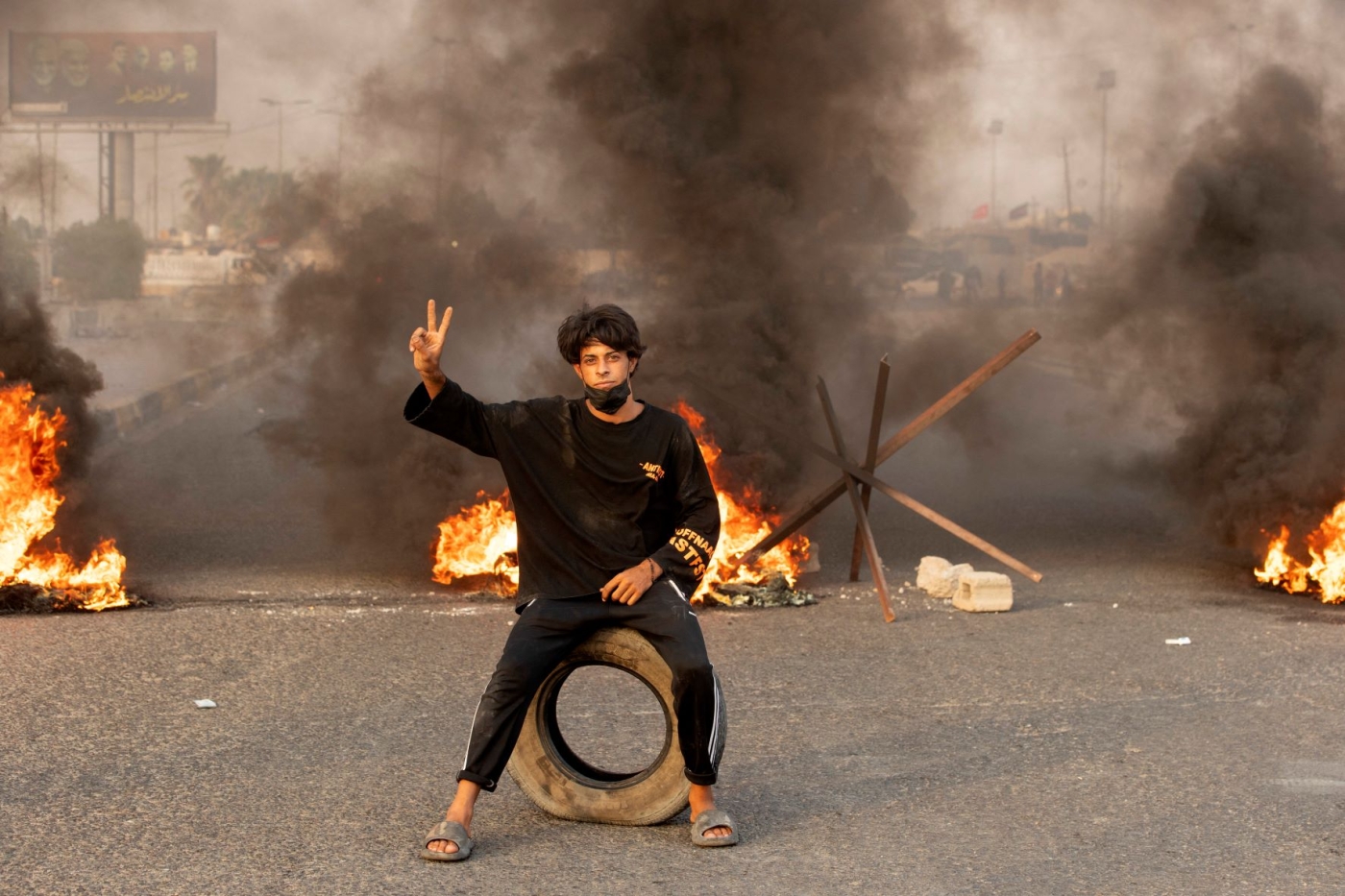 A supporter of Iraqi Shiite cleric Moqtada Sadr poses for a picture on a road blocked with burning tyres during a demonstration in Iraq's southern city of Basra on August 29, 2022 (AFP)
By
Azhar Al-Rubaie
, Alex MacDonald

The leader of the armed Asaib Ahl al-Haq organisation, which is backed by Iran, has ordered the closure of his organisation's offices after deadly clashes with supporters of Shia cleric Muqtada al-Sadr in the southern city of Basra left at least four people dead.

Security officials told media the fighting took place in the centre of the city between supporters of Sadr and Asaib Ahl al-Haq overnight and into Thursday morning.

It comes in the wake of violence in the capital Baghdad earlier in the week which left dozens dead after Sadrists stormed the fortified Green Zone and fought with security forces and supporters of Iran-backed groups.

Sources told local media that fighting broke out after a member of Sadr's armed wing, Saraya al-Salam, was killed outside one of the offices of Asaib Ahl al-Haq.

“After the assassination of the Saraya al-Salam leader [the Sadrists] went to the Asaib Ahl al-Haq headquarter in Manawi Basha district - they clashed and opened fire against their building, chanted against them, then they withdrew”, one eyewitness, Ahmed Hussein, told Middle East Eye using a pseudonym.

“I saw another group of Saraya al Salam going towards the Hashd al-Shaabi headquarters and opening fire,” he added, referring to the irregular brigades which include Asaib Ahl al-Haq under their umbrella.

On Thursday, Asaib Ahl al-Haq's leader Qais al-Khazali put out a statement declaring that he had ordered the organisation to close all their offices until further notice.

"I ask the brothers in Asaib Ahl al-Haq to close all the offices of the movement starting from now and until further notice, and any office that is intended to be burned, let them burn it and do not worry about that - God will compensate you for that in a great compensation that you do not expect," he wrote.

He also dismissed comments made by Sadr's spokesperson Salih Muhammad al-Iraqi on Twitter, in which he attacked Khazali over the violence in Basra, calling him "insolent" if he did not restrain his "impudent militias" and warning him not to be "reckless about the blood of the people."

Clashes had fist erupted in Basra on Monday evening, but no casualties were reported.

This week's violence in Iraq, which saw at least 28 people killed, was sparked off on Monday by an announcement by Sadr that he was planning to retire from politics.

On Monday, as the fighting appeared set to spiral out of control, Sadr held a news conference in Najaf where he gave his followers one hour to end their protests. 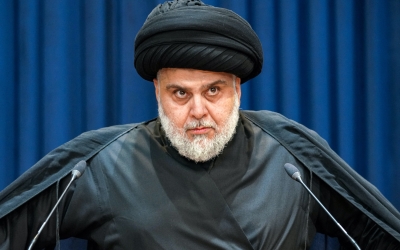 Muqtada al-Sadr: How one man assumed so much power in Iraq
Read More »

"This is not a revolution because it has lost its peaceful character," Sadr said. "The spilling of Iraqi blood is forbidden."

Shortly after, his supporters apparently heeded his words and began leaving the Green Zone, where they had been occupying parliament for weeks.

MEE's correspondent in Basra reported that calm had returned to the city following Sadr's remarks.

Iraq has been caught in a deadlock since October 2021, when largely boycotted elections returned Sadr's Sairoon party as the largest group in parliament.

Since then there have been numerous attempts to form a government, but none have been successful.

In June, in what he said was an attempt to break the deadlock, Sadr pulled his MPs from parliament, leaving the largely Iran-backed Coordination Framework alliance dominating the body.