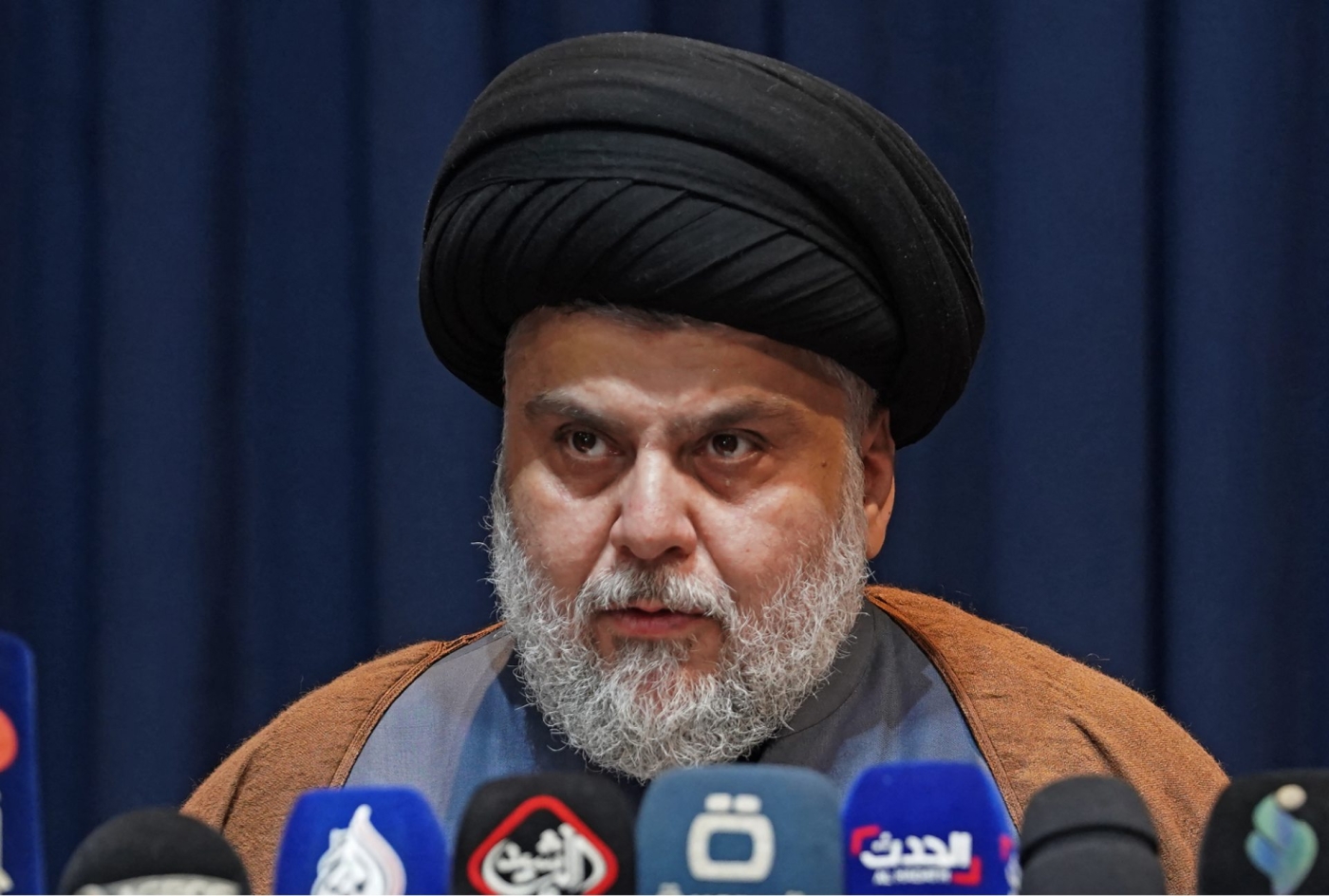 Muqtada al-Sadr said on Wednesday that his decision to withdraw from Iraqi politics was prompted by pressure exerted by Iranian proxies on non-Shia members of his parliamentary coalition and on the Iraqi judiciary.

But the Shia cleric said Iran itself had not pressured him directly, dismissing rumours swirling since he surprised both allies and opponents by ordering his bloc of 73 MPs to resign from the Iraqi parliament earlier this month.

"I will say it for the first time: the Islamic Republic of Iran this time did not exert any pressure on any Shiite party," Sadr said in a statement distributed by his office.

'What is rumoured, that the reason for our withdrawal was an Iranian threat, is false and untrue'

"What is rumoured, that the reason for our withdrawal was an Iranian threat, is false and untrue.

"But there are what some call Iran's proxies, practicing political violations against the Iraqi judiciary and trying to turn them in its favour, as well as exerting pressure against other political blocs, including independents and non-Shiite blocs."

Sadr's comments come after Middle East Eye reported on Tuesday that his sudden decision to withdraw his MPs was triggered by the collapse of his partnership with the Kurdistan Democratic Party (KDP).

Following his Sairoon Alliance's success in October's elections, Sadr in January formed a coalition with the KDP and Parliamentary Speaker Mohammed al-Halbousi’s Sovereignty Alliance with the aim of excluding Iranian-backed factions from power-sharing arrangements that have characterised Iraqi politics since 2003.

But Iraqi politicians, officials and diplomats told MEE that Iranian-backed factions had put pressure on the KDP and its leader Massoud Barzani in order to undermine the coalition.

They also pointed to a number of rulings by the Federal Supreme Court, including the abolition of an oil and gas law which had allowed Iraq's semi-autonomous Kurdish region to sell its fossil fuels independently from Baghdad, which had riled Sadr's KDP allies in Erbil.

Sources told MEE that Sadr had grown frustrated after being told by Barzani that their partnership had reached a “dead end”, and had ordered his MPs to write their resignation letters to “save his face”.

Yet the main beneficiary of Sadr's decision looks set to be the same Iranian-backed factions whom he had sought to exclude from power.

Under Iraqi election law, MPs who resign are replaced by the losing candidate with the highest votes in each constituency, which could give the Iranian-backed Coordination Framework bloc at least 50 more seats. But that outcome could still be blocked if the Sadrist MPs decide to withdraw their resignations before their proposed successors can be sworn into office.

The Iraqi parliament is currently in legislative recess until mid-July, but an emergency special session “to discuss the Turkish attacks in northern Iraq” is being held on Thursday at the request of the Coordination Framework.

Leaders of the Coordination Framework also see the session as an appropriate opportunity to invite the alternate MPs to perform the oath and close the door to the return of the Sadrists to parliament.

But the process of swearing in a new MP requires an absolute majority – that is 166 MPs – to be in attendance.

Such a scenario would require the presence of Sadr's coalition allies represented by the KDP and the Sovereignty Alliance and the absence of the Sadrist bloc.

It is not yet clear whether Thursday's session will take place or not, nor whether Sadr's opponents have decided to proceed without him or will seek to persuade him to return to politics out of fear of the protests and unrest that he could otherwise unleash.

Sadr concluded his statement by calling on his former Kurdish and Sunni allies to stand firm in the face of threats, rumours and pressures exerted on them by Iranian-backed factions.

One leader of the Coordination Framework told MEE that Sadr's statement about his withdrawal was as confusing as the withdrawal itself, but suggested it showed that Sadr was still open to talks.

“Sadr's statement is an explicit admission of his defeat in front of his opponents, but its timing is strange, and his attempt to drag his old allies to take a position before Thursday's session is also strange," the leader said.

"The only thing that is clear from all this chaos is that Sadr is still waiting for someone to go to him to negotiate. That's how I read his statement." 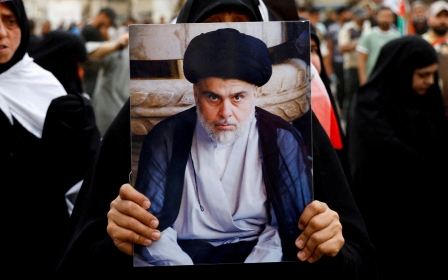