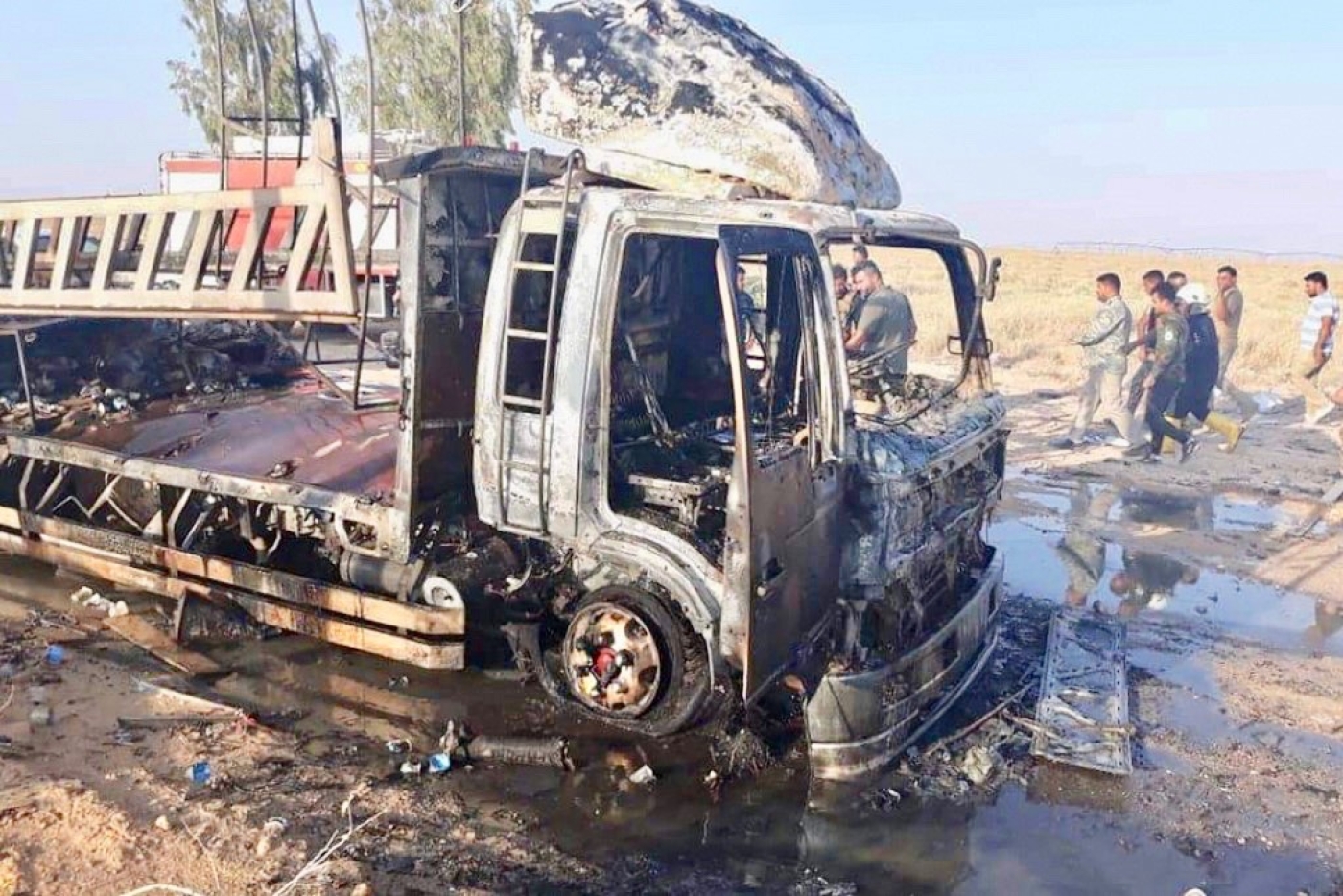 Iraqi Shia paramilitary groups said on Sunday two of their fighters were killed in strikes by unmanned aircraft close to the Syrian border in Anbar province.

Iraq's Hashed al-Shaabi accused Israel of the deadly drone attack on Sunday, the first time they have directly blamed them after a series of blasts hit other bases run by the paramilitary force.

"As part of the string of Zionist attacks on Iraq, the evil Israeli crows have returned to target the Hashed al-Shaabi, this time with two drones inside Iraqi territory," the statement said.

The strikes took place 15 km (9 miles) from the border, a statement from the Anbar paramilitary operations command said, adding at the time that it was not clear who carried out the strikes.

A security source told Reuters there were two air strikes. One struck the headquarters of a local paramilitary brigade, while the other struck a convoy of cars leaving the building.

The attack happened after a series of explosions in recent weeks at weapons depots belonging to Iran-backed militias in Iraq.

The militias have blamed Israel and the United States for some of the attacks. Israel has hinted at its involvement. The Pentagon has denied any involvement.

Still, US officials admitted to the New York Times last week that Israel carried out air strikes against targets in Iraq, following speculation over the destruction of several weapons depots in the country.

Israeli Prime Minister Benjamin Netanyahu had already hinted last Thursday that his country had been involved in attacking assets linked to Iran-backed militias in Iraq.

Two senior American officials then appeared to support the allegation, saying Israel had carried out "several strikes in recent days on munitions storehouses for Iranian-backed groups in Iraq".

The alleged strikes mark the first attacks by Israel on Iraqi soil since 1981 when Israeli jets struck an under-construction nuclear reactor being built by then-president Saddam Hussein.