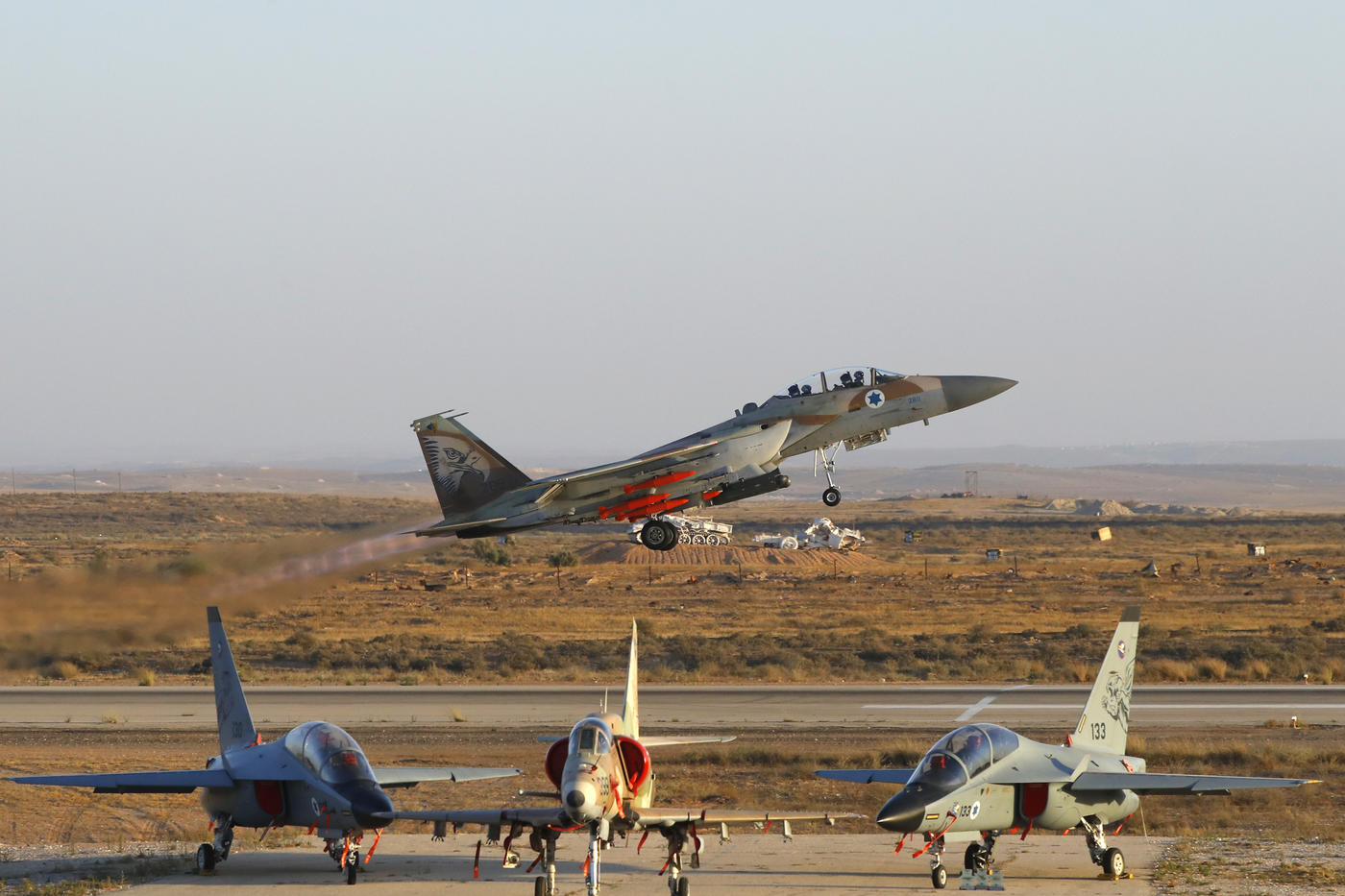 US officials have admitted that Israel carried out air strikes against targets in Iraq, following speculation over the destruction of a number of weapons depots in the country.

Israeli Prime Minister Benjamin Netanyahu had already hinted on Thursday that his country had been involved in attacking assets linked to Iran-backed militias in Iraq.

Speaking to the New York Times on Thursday, two senior American officials appeared to support the allegation, saying Israel had carried out "several strikes in recent days on munitions storehouses for Iranian-backed groups in Iraq".

The alleged strikes mark the first attacks by Israel on Iraqi soil since 1981, when Israeli jets struck an under construction nuclear reactor being built by then president Saddam Hussein.

A series of blasts in the past few weeks have hit weapon depots and bases belonging to armed groups in Iraq, many of them backed by Israel's regional foe Iran.

Spokespeople for the groups have blamed the United States and Israel for the blasts.

In an interview with Russian-language Israeli television Channel 9 broadcast on Thursday, Netanyahu was asked whether Israel would operate against Iranian targets in Iraq if needed, he said:

"We are operating - not just if needed, we are operating in many areas against a state that wants to annihilate us. Of course I gave the security forces a free hand and instructed them to do anything necessary to thwart Iran's plans."

Netanyahu did not directly name Iraq as one of those areas.

Israel says it has carried out hundreds of strikes in Syria, some of them against Iranian targets, to prevent Tehran from establishing a permanent military presence there and to stop advanced weapons reaching its proxies in the area.

Israeli officials suggested recently they viewed Iraq, whose main ally is Iran, as more of a threat than in recent years, but have not directly commented on the recent blasts at Popular Mobilisation Forces (PMF) sites in Iraq.

On Wednesday the PMF, the umbrella grouping of Iraq's mostly Shia Muslim paramilitary groups, said the United States had allowed four Israeli drones to enter the region accompanying US forces and carry out missions in Iraqi territory.

The Pentagon denied involvement. The US-led coalition, in Iraq to fight remnants of the Islamic State group, dismissed the statement.

As tensions between Washington and Tehran increase, Iraq finds itself caught between neighbouring Iran, whose regional influence has grown in recent years, and the United States.

Prime Minister Adel Abdul Mahdi last week ordered all ammunition dumps belonging to the armed forces or paramilitary groups to be moved outside of cities.

He also cancelled all special flight permissions for Iraqi and foreign aircraft, meaning that sorties, including by the US-led coalition operating against Islamic State militants, must be cleared in advance by the prime minister.