With the grief came a call for action.

As more than 100 people gathered at a community centre north of Detroit to mourn the death of a Michigan man who died after he was deported to Iraq, advocates and officials vowed to fight back against Donald Trump's immigration policies.

Jimmy Aldaoud, an Iraqi-Christian man, who moved to the US with his family when he was an infant, was found dead in Iraq in early August, just two months after his deportation from the United States.

His death confirmed many activists' fears, as they had repeatedly warned that sending people back to Iraq amounts to a death sentence.

"Jimmy's death won't go in vain, and I'm praying and hoping that Jimmy's purpose is to save a lot of other people," said Iraqi-Christian activist Martin Manna at the gathering in the Detroit suburb of Sterling Heights on Thursday evening. Surrounded by mourners draped in black, US Congressman Andy Levin called for justice in "Jimmy's name" - and to prevent more people from being deported.

"This situation could not be more urgent; we have to stop these deportations," said Levin, a Democrat.

"We have to take this moment and do whatever we can to support other families out here who are in this situation."

After Iraq started accepting deportees from the US in 2017, the Trump administration moved to remove 1,400 Iraqis from the country. Some of those subjected to deportation had lived in the US for decades.

The Iraqi-Christian community in Michigan was targeted by the crackdown, and hundreds of Iraqi Catholic Chaldeans are still battling their deportation orders in courts to remain in the US.

Aldaoud was one of at least 69 immigrants who have been sent back to Iraq from the US since the start of 2018.

He was diabetic and suffered from mental health issues. He died in Baghdad from lack of access to insulin.

Miriam Aukerman, a lawyer with the American Civil Liberties Union (ACLU), an advocacy group that has been representing Iraqi immigrants in court, said Aldaoud was a man with a "big, big heart".

"We grieve with Jimmy's family today, and there's nothing we can do to restore Jimmy to his family," said Aukerman, fighting back tears, at the vigil.

She added that the ACLU had been in touch with Aldaoud after his deportation; he wanted to share his hardships in Iraq to help others.

"Jimmy, with his big heart, with his willingness to share his story, his tragic struggle to survive, he has helped us in that fight," Aukerman said.

"He has opened up the eyes of the world to what is really at stake here, which is life and death." 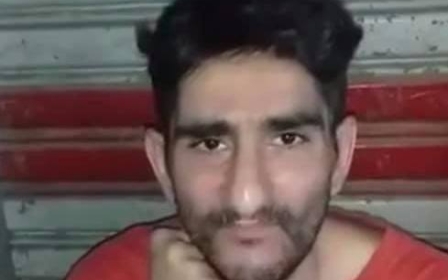