Habib Jajou, the archbishop of Basra, tells MEE more must be done to promote tolerance in a country where many are 'brainwashed' by IS 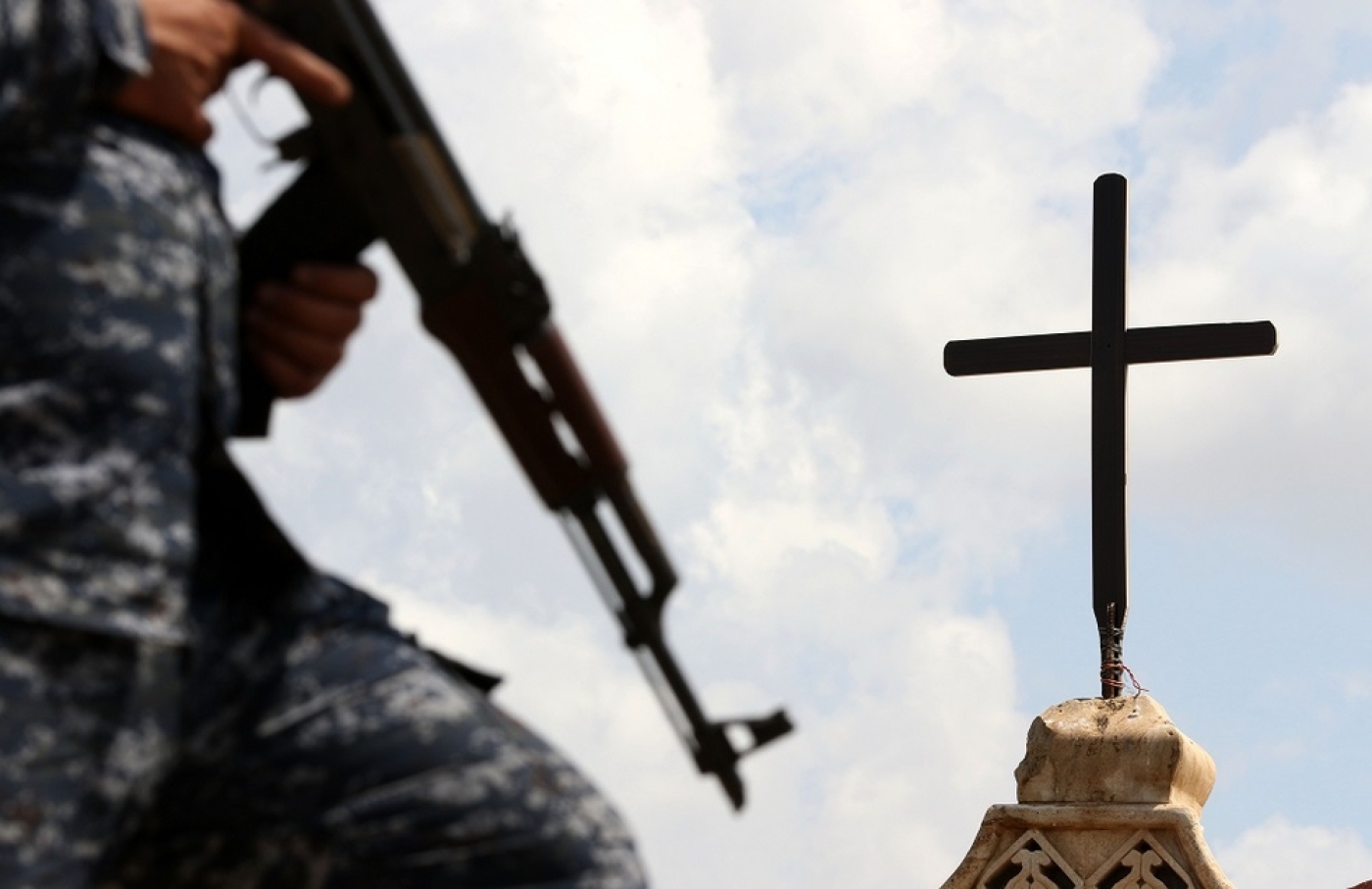 LONDON - The leader of Basra's few remaining Christian families has said minorities fear a new Islamic State could rise in Iraq, bolstered by those the group had "brainwashed", and said Baghdad failed to promote religious tolerance in a country scarred by years of sectarian war.

'There were many, many people under the control of Daesh and who have been brainwashed'

He added that Islamic State may have been defeated in Mosul, but a new generation of Iraqis brought up on a decade of intolerance could themselves become radicalised unless more was done to promote acceptance.

"There were many, many people under the control of Daesh and who have been brainwashed," he said during a visit to London, and cited a Sunni girl forced from Mosul who refused food parcels from the "blasphemers" of a Christian charity. She was one of "many examples", he added.

"We hope Daesh will be uprooted from Iraq, but we are afraid of a new Daesh," he said. "There are millions of illiterate, youth and children, on the streets, begging; it's chaotic. There are two parts of the population – one of those is living according to the sixth, seventh, or fourteenth century; the mentality is very old."

Jajou, whose congregation has shrunk to a few hundred families since the 2003 US invasion, said the education ministry must do more to educate the people, and allow pre-Islamic history onto the curriculum to acknowledge the legitimacy of all of Iraq's communities.

"They focus on Islamic history; they greatly underplay Christianity. We have complained many, many times," he said.

The archbishop, who previously spent time in London as leader of Ealing's Chaldean community, added that Iraq's education ministry was being slow to re-open schools that had shut during years of violence.

"The ministry for education is not doing well at educating people," he said, stating there were millions now classed as illiterate. Official figures put the total at about eight million, a dramatic decline since the era of Saddam Hussein when almost 100 percent of Iraqis were literate.

Another source of radicalisation was hate speech, he said. "There are still fanatical religious leaders in Iraq, who defame Jews and Christians," he said.

Islamic State terrorises Iraqi Christians: 'They told me to spit on the crucifix'
Read More »

Iraq's population as a whole was divided in two ways, the cleric said, firstly between progressives in favour of multi-culturalism and women's rights, and religious leaders who would take people back to the past.

Another divide, he said, lay between Iraq's Sunni and Shia. "The Shia in the south still hate all members of [Saddam Hussein's] Baath party.

"Fourteen years on, the Baath are still blamed if anything goes wrong. There should be forgiveness... If the [Shia-majority] parliament in Baghdad comes together and reconciles with the Sunni, there will be a future for this country. Otherwise the violence will continue unlimited."

However in the south, there had been a "substantial change" in attitudes towards Christians.

Younger Shia wanted to explore their Babylonian and Chaldean heritage, he said, and he praised the Basra museum, which opened last autumn with assistance from the British army and the British museum, for including these ancient chapters in their exhibits.

He added that Catholics and Evangelicals in Basra run three nurseries, three nursing homes, a library and computing classes for Muslims and Christians.

"In the last eight months heads of many local universities and technical colleges came to the diocese," he recounted.

"They realised that since 2003, a gap has opened up in people's knowledge about Christianity. They took 1,300 copies of the Bible to understand.

"Local Shia are encouraged by their religious leaders to come to church, to know something about Christ."

Jesus is mentioned in the Quran as the prophet Issa, and a whole chapter, or Sura, is devoted to Mary (Mariam).

The ministry for education is not doing well at educating people

The Church in Basra is having to transform itself to survive, depleted by violence and emigration.

There were about 5,000 Christian families in the city in the 1960s. The southern diocese is now home to just 350, including 23 refugee families from areas seized by IS three years ago.

Some of those families have been housed in the six churches that are no longer required for worship. A year ago the cleric predicted: "In three years' time I will be the last Christian in Basra and the surrounding area."

Last of the Chaldeans

Asked if he still believed this, he replied: "I said then, 'if the situation is the same'. But this month three more Christian families left Basra."

Although the extremist violence has been quelled, young Iraqi Christians still talked about wanting to emigrate because of the insecurity and poor economic prospects.

Christians in Basra faced discrimination when applying for jobs, he said, and some had told him they had been asked to produce proof of membership of an Islamic political party in order to be offered a position.

"There's no monitoring of incitement or discrimination," he added.

In addition, the leader of the Mandaean community in Basra, who revere John the Baptist, had told him he was afraid to remain in Iraq and wanted to emigrate with the city's last 350 Mandaean families.