Iraqi immigrants detained in US go on hunger strike

The Trump administration began a crackdown against Iraqi immigrants in June 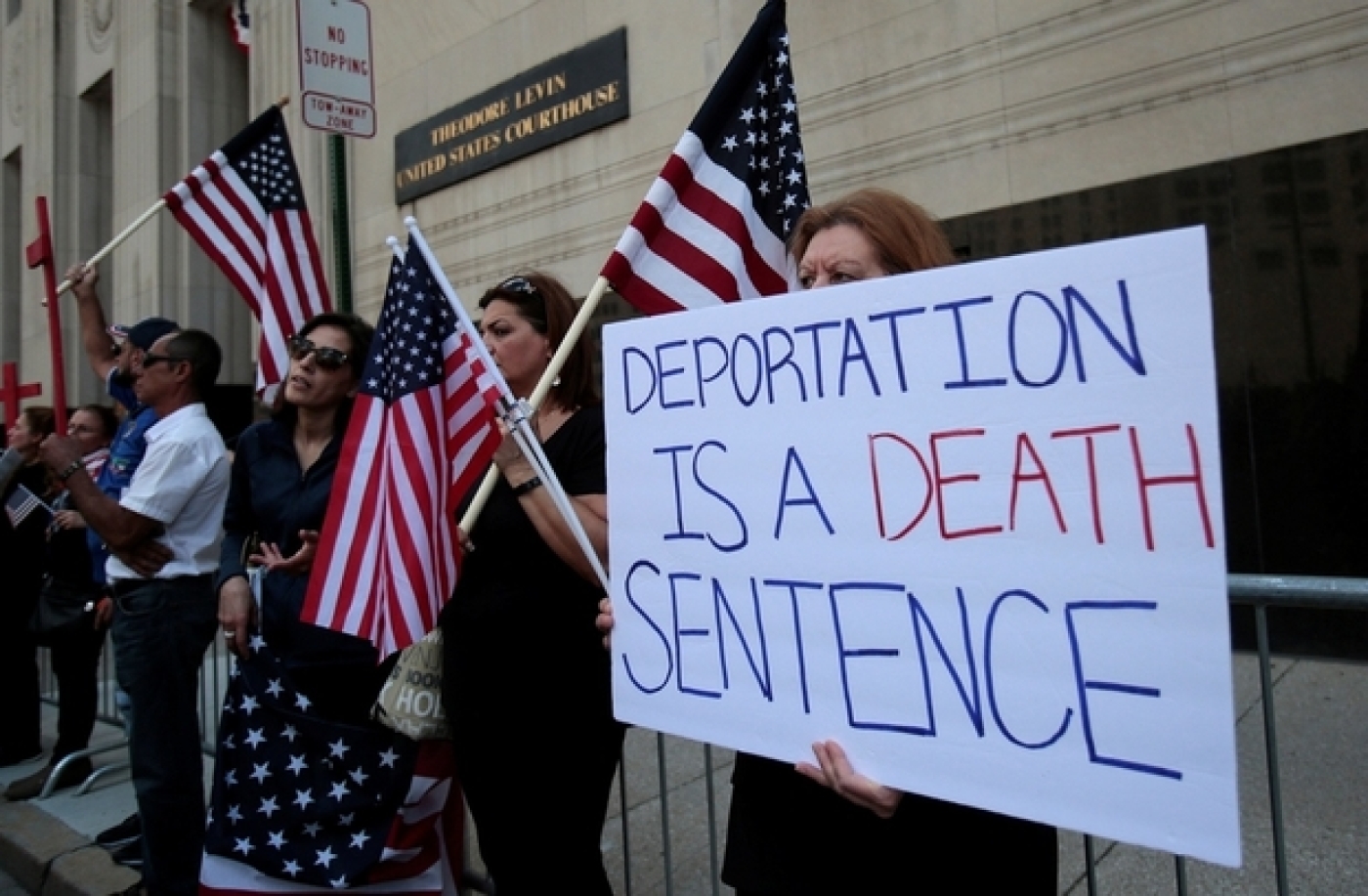 Dozens of Iraqi immigrant detaineed in the US are on hunger strike, a court filing by the American Liberties Union said on Friday.

Iraqis in custody had complained of mistreatment, psychological abuse and racial slurs at the hands of Immigration and Customs Enforcement (ICE) agents.

"Family members reported that their loved ones say that they would rather die here in America so that their families can bury them, instead of dying or being persecuted in Iraq," the rights group said in a court document.

A crackdown on Iraqi immigrants facing deportation started in early June after Baghdad agreed to start accepting deportees as a deal with the Donald Trump administration that saw Iraq removed from the countries listed on the "Muslim ban".

More than 1,400 Iraqis have removal orders, of whom 288 had been arrested.

Most immigrants in questions had come to into the US legally but committed crimes that violated the terms of their visas. For years, and in some cases decades, they led normal lives without fear of being forced to leave the US, until they were suddenly detained.

The detainees include dozens of Chaldean Catholics and Kurds whose communities say they face persecution in Iraq. Deporting those immigrants to their home country, where they have no families or homes, would amount to a death sentence, activists say.

Around 25 Iraqis at a prison for immigrants in Youngstown, Ohio, are now refusing to eat, in protest for keeping them in custody after a 90-day review, according to Yousif Abdelmasih, the brother of a detainee on hunger strike.

ICE acknowledged that seven detainees at the facility have not eaten in 72 hours, while others have been "randomly refusing food".

"They continue to be offered three meals daily and provided an adequate supply of drinking water or other beverages," ICE spokesman Khaalid Walls told Detroit News, a local newspaper, on Friday.

Abdelmasih said his brother Andryan has been on hunger strike since 11 September.

"ICE has been holding them for 90 days whereas they have no reason to hold them," Abdelmasih told MEE shortly after speaking to his detained brother on the phone.

"My brother is saying he's not going to eat again until they figure out something."

Abdelmasih said ICE is arguing that the detainees are a threat to society, but the truth is that the immigrants have atoned for their past offences and started businesses and families.

ACLU had sued the federal government on behalf of the Iraqi immigrants, and a US judge in Detroit halted deportations to allow the detainees to obtain the necessary paperwork and legal representation to challenge their status in court.

The rights group wants the government to release the demands, number, names and location of detainees on hunger strike, as well as any planned attempt to forcefeed them.

ACLU also asked the judge to ban the isolating hunger strikers or putting them on lockdown without a doctor's order.

"We are incredibly concerned about their health and their treatment," Rana Elmir, ACLU of Michigan deputy director, told MEE.

She said it is especially alarming that the hunger strikes come at the heel of attempts by ICE agents to coerce detainees to give up their rights and agree to voluntary deportation.

The most recent court filing by the rights group demands that detainees who agree to voluntary deportation must have an attorney.

"These hunger strikes reflect the desperation of our community members who have now been in detention for three months without justification, and who are risking their own lives as a way to try to reunite with their families," Elmir said.

She added that it is illogical to keep the immigrants in detention while their cases may take months to be adjudicated. "It makes absolutely no sense."

Abdelsamih said detainees, including his brother, want to be released "so they can work on their cases from the outside".

He said keeping the immigrants in prison is affecting the entire Chaldean community in Michigan because the detainees have families that depend on them for income.

Andryan Abdelsamih, for example, ran the family business. The imprisoned Iraqi immigrant has a pregnant wife who is due in two months, his brother said. 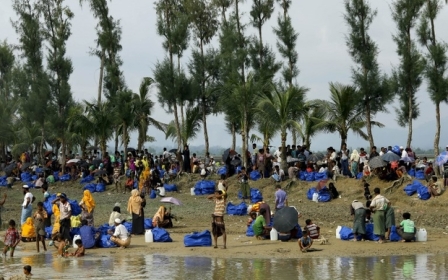 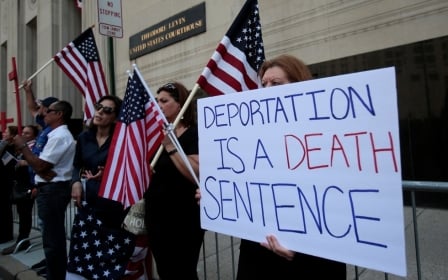