Iraq's president has given the parliament three days to select a new prime minister, threatening to select a candidate himself if there is no progress.

Since handing in his resignation following anti-government protests in October, Prime Minister Adel Abdul Mahdi has overseen a caretaker government.

"If the concerned blocs are unable to resolve the nomination issue by no later than Saturday, February 1... I see an obligation to exercise my constitutional powers by tasking whomever I find most acceptable to parliament and the people," Barham Salih wrote in a letter seen by AFP.

According to Iraq's constitution, parliament's largest bloc must nominate a prime minister within 15 days of legislative elections.

The candidate is then appointed by the president and tasked with forming a government within one month.

But Iraq is in uncharted waters, as the constitution makes no provisions for the prime minister's resignation and the 15-day period since Abdul Mahdi stepped down has long expired.

Any candidate would need stamps of approval from not only the fractured political class but also the Shia religious authority, neighbouring Iran, its rival the US and the anti-government civil campaign that has gripped Iraq since October.

In late December, Salih formally declined to nominate the governor of the oil-rich province of Basra, Assaad al-Aidani, saying he would be too "controversial".

Iraq has grown increasingly unstable since then, with protest-related violence killing more than 480 people and tensions between the US and Iran prompting each to carry out air strikes on Iraqi soil.

Warning of even further deterioration, Salih urged lawmakers to "resume constructive and serious political dialogue in order to agree on a new candidate for the premiership who has the people's approval".

"We believe that the biggest obstacle lies in reaching reasonable parameters to agree on a new candidate for prime minister. Continuing in this current situation is certainly impossible and risks making things more dangerous and complex," he wrote.

Protests erupted in Iraq's capital and Shia-majority south in October in outrage at rampant corruption and unemployment, quickly escalating to calls for the government to resign.

Ali al-Bayati, a member of the semi-governmental Iraqi High Commission for Human Rights (IHCHR), said in a statement on Tuesday that the increasing death toll meant Iraq was at risk of "international intervention" if the government did nothing to stop it.

“The international community is about to internationalise the crackdown on Iraqi protests...after the statement of the 16 countries, and the steps moving towards achieving this goal as an international action," he said, referring to a letter signed by 16 countries on Monday condemning attacks on protesters.

"There is no real national accountability or practical steps to investigate the case of using excessive violence against the demonstrators, whether it is from the government (as was proven in the investigative committee formed after the demonstrations of early October last year) or from other parties.” 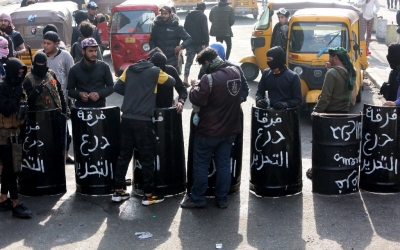 The unprecedented grassroots movement has scored partial wins with the premier's resignation and the passing of a new electoral law, but the bill failed to address many of their demands and Abdul Mahdi remains caretaker premier.

Possible successors that have been floated include an adviser to the president, an intelligence chief, political operatives and former top officials, among others.

Many have been rejected outright by the street, with protesters hanging up their portraits overlaid with large X marks and insisting on a politically independent candidate.

A senior government official told AFP that parties had been unable to reach a consensus because of the absence of two key brokers - Iranian general Qassem Soleimani and Iraqi commander Abu Mahdi al-Muhandis.

Both were killed in a US drone strike near Baghdad's international airport on 3 January that bolstered Iraqi factions' calls for US troops to leave the country.

"Abu Mahdi and Soleimani both played a unifying role in times like this and no one has been able to fill that vacuum yet," the government official said. 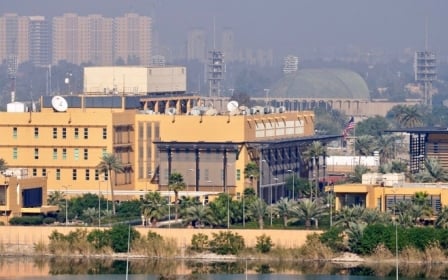 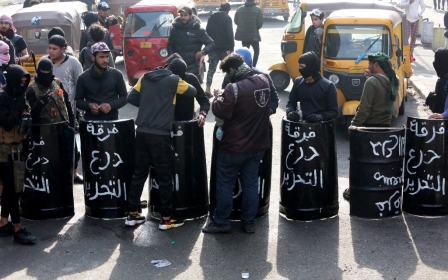