IS says it carried out attack on presidential guard bus, which killed 12 people and forced the government to declare a state of emergency 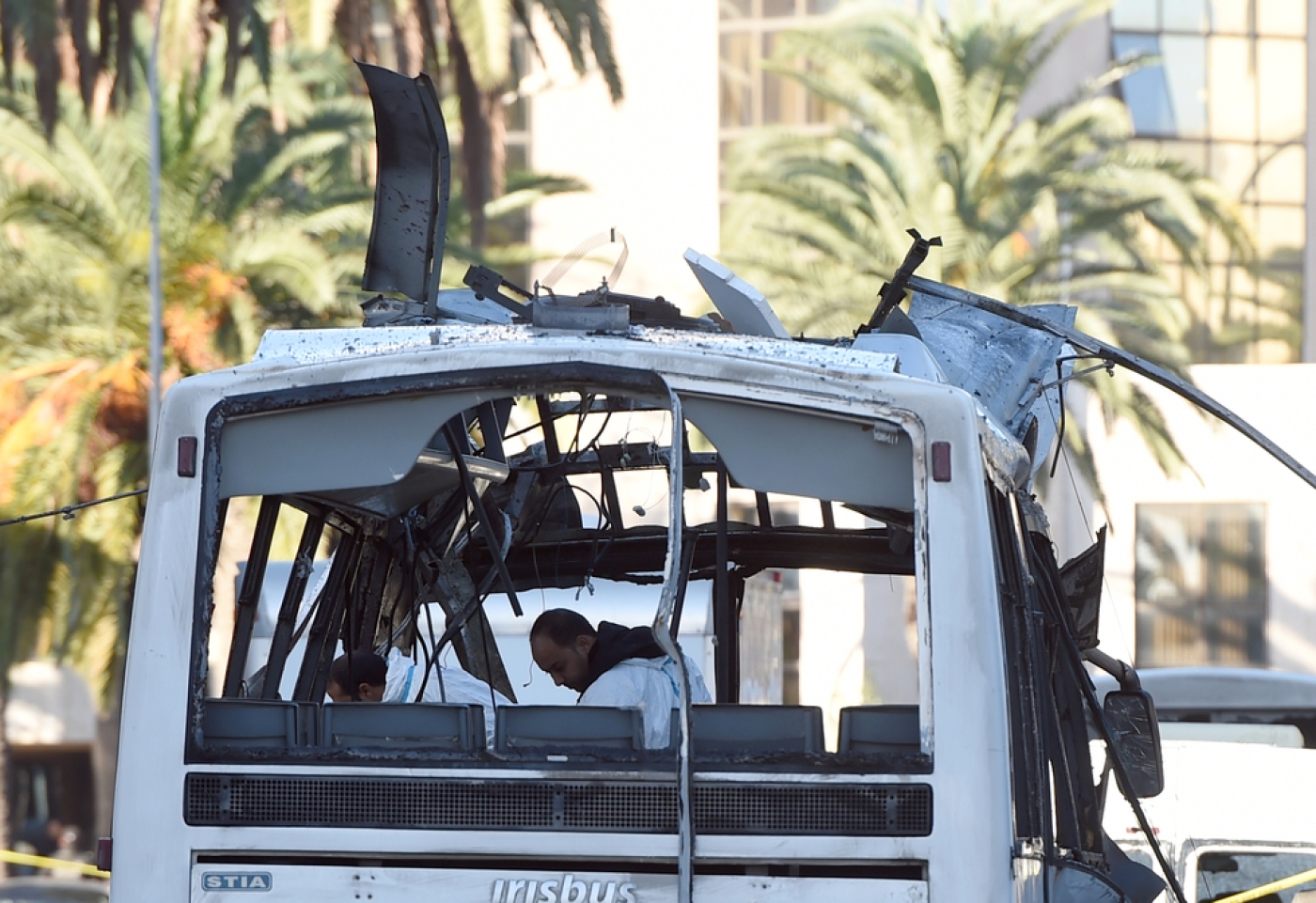 The bombing killed 12 people in central Tunis on Tuesday, 24 November (AFP)
By
MEE and agencies

The Islamic State group on Wednesday claimed it had carried out a suicide bombing of a bus in central Tunis carrying members of Tunisia's presidential guard.

It claimed in a statement that the "tyrants of Tunis will not have peace and we will not rest until the law of God governs in Tunis", the AP news agency reported.

The IS statement said the attacker infiltrated the bus and killed about 30 people, contradicting Tunisia's death toll of 12. The group published a photograph of the attacker dressed in white and wearing an explosives vest, his head and face covered with a scarf.

The Tunisian Interior Ministry said it had found the remains of a 13th unidentified person who was the suspected "terrorist who caused the explosion".

The ministry said the bomb contained 10kg of military explosives, and was either contained in a backpack or a belt.

Tunisia announced on Wednesday it was closing its land border with war-torn Libya for 15 days following a deadly bus bombing in Tunis claimed by the Islamic State jihadist group.

The National Security Council headed by President Beji Caid Essebsi decided to close the frontier from midnight with "reinforced surveillance of maritime borders and in airports", a presidency statement said.

Thousands of Tunisians have travelled to Libya, Iraq and Syria to fight alongside Islamic extremists, according to the authorities.

Tunisia's government on Tuesday declared a month-long state of emergency after the Tunis attack, and deployed troops to the capital.