With Israel's self-imposed deadline to reveal its plans initially set for Wednesday, Palestinians and their supporters are taking to the streets 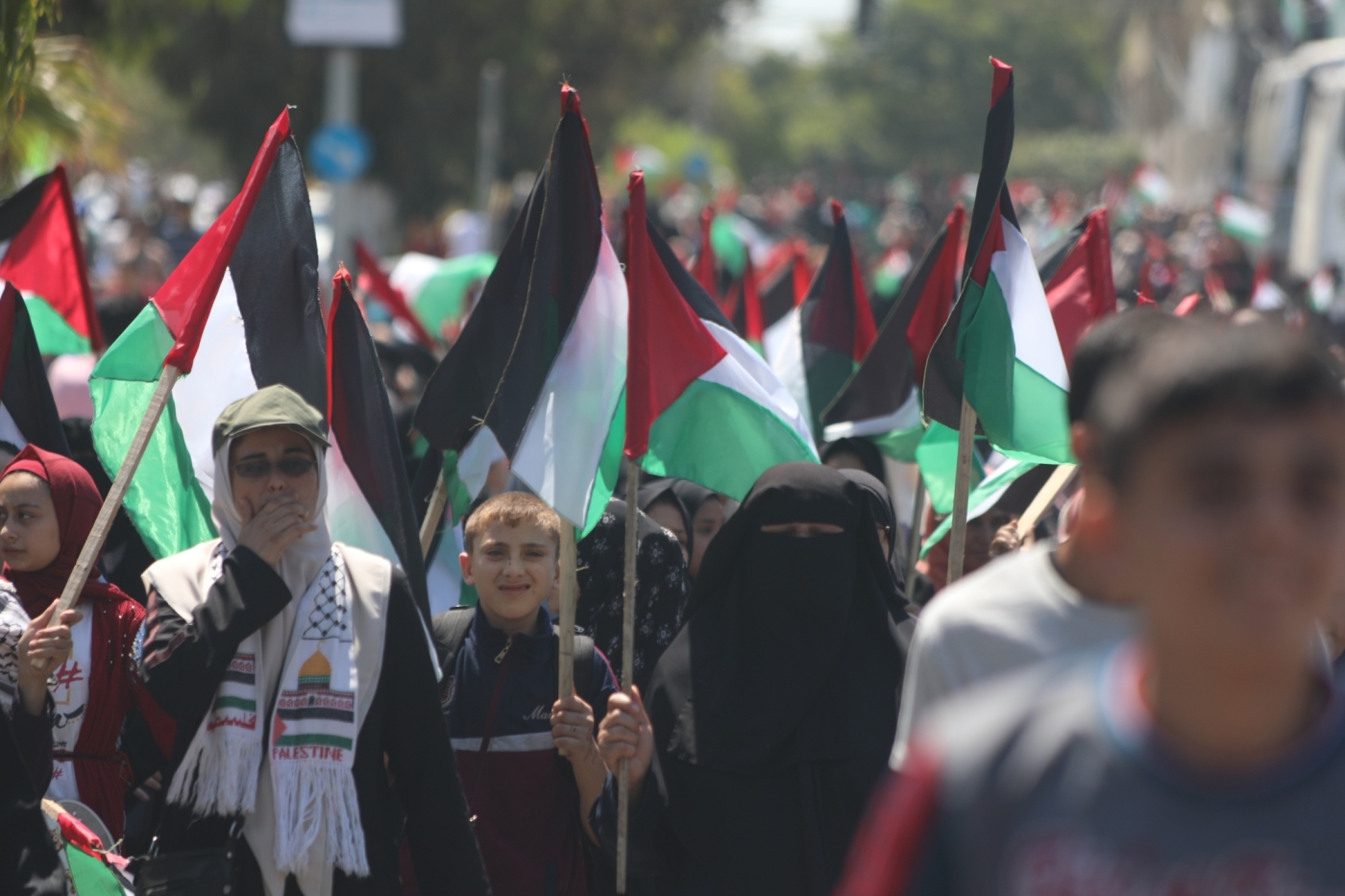 Palestinian political factions and pro-Palestine activists called for a day of protest in the occupied Palestinian territories and abroad on Wednesday against Israel’s plan to unilaterally annex parts of the occupied West Bank, a move that would violate international law and further sink the likelihood of a Palestinian state.

Israeli Prime Minister Benjamin Netanyahu had set a self-imposed deadline to unveil his annexation plan in front of the Knesset on Wednesday - although a few officials implied before and on Wednesday that the declaration could be delayed amid disagreements within Israel's coalition government.

The Israel coalition government has claimed that its plan for annexation is compatible with US President Donald Trump’s much-criticised Israel-Palestine plan.

Revealed in January, the plan by Trump's staunchly pro-Israel administration proposes that Israel stake permanent claims to around one-third of the West Bank - including settlements which are illegal under international law - while offering the Palestinian Authority (PA) limited sovereignty over disjointed patches of land that would supposedly constitute a Palestinian state.

The West Bank-based PA and the de facto Hamas government in the besieged Gaza Strip have rejected and condemned the plan.

Thousands of Palestinians, including leaders of national and Islamic factions, marched in Gaza City on Wednesday, protesting against Trump's so-called "deal of the century", which has been widely seen as paving the way for Israel's annexation of the West Bank.

Activist Amat Wael told Middle East Eye that hundreds of men, women and children came together "to announce their rejection of the unjust annexation project, which allows the occupation to steal more of our Palestinian lands, displace its people and annex it under the Israeli control of their alleged state".

"We demand that the Palestinian Authority take urgent measures on the ground to confront this project and stop all agreements with the Israeli side," Wael said, in reference to the coordination between the PA and Israel, which PA President Mahmoud Abbas suspended in May.

Palestinians in the Gaza Strip enclave have been living for 13 years under a stringent land, sea and air blockade imposed by Israel and upheld by Egypt.

In Bethlehem, a group of young protesters wearing protective masks and gloves gathered in the central 'cinema' market to protest against annexation.

"We came here today to stand against the US 'peace plan' and annexation, and tell the world that we, the Palestinians, oppose these policies," said Ruba Farraj, a 22-year-old resident of Dheisheh refugee camp.

"Annexation is just the first step in a policy of ethnic cleansing. Israel wants to clear this land of all of the Palestinians, and take it for themselves. We need to stand up and defend our land. It is shameful if we don't."

Scores of Palestinians also rallied in the West Bank city of Ramallah, waving flags and holding placards condemning Trump and and the Palestinian Authority.

Najwa Abu Ghosh, who's daughter Mays Abu Ghosh has been imprisoned since August last year, said that she was protesting for the future of her family and other Palestinians.

"Israel has been stealing our lands since its occupation in 1948 and now it is completing it with the annexation project. Today we stand against this project. If it passes while we are silent, what will we say to our families, including my daughter, what shall we say to the martyrs."

Kazem al-Haj Muhammad, a farmer from the nearby village of al-Mughair, said he was also voicing his anger against the Palestinian Authority due to its long-standing relationship with the Israeli government.

"There are thousands of acres of land in the village threatened to be turned into outposts [for the Israeli army]... but we will continue to defend it until the very last of all of us."

Samidoun, the Palestinian Prisoner Solidarity Network which organised the protest, said the event "expressed the rejection of Israel's settlement projects."

Protests in solidarity with Palestinians were scheduled in a number of countries on Wednesday.

Dozens of pro-Palestine activists gathered to protest in front of the US consulate in the South African city of Sandton.

We have gathered today in solidarity outside the US Consulate in Sandton, calling for the freedom of the people of Palestine. @Africa4Pal #FreePalestine. #EndAnnexation of sections of Palestine pic.twitter.com/ShuQu6Zw1M

Protesters, wearing masks due to coronavirus pandemic, waved Palestine flags and carried banners calling for the “freedom of people of Palestine”.

One of the protesters reportedly told the crowd: “You should know that you are not free until Palestine is free. The annexation basically means the creation of bantustan… it's a slow killing and slow ethnic cleansing of the area that will force Palestinians to die off or go away, so Israel can take over.”

Thank you to all those who demonstrated in South Korea today against the Israeli annexation plan.#StopAnnexation #NoToAnnexation #Palestine pic.twitter.com/QkaCKa1cdC

Protests in Jordan, which has threatened to take action should Israel move forward with its plans, have meanwhile been postponed to Saturday, activists said on social media.

Reporting from Gaza by Mohammed al-Hajjar, Bethlehem by Akram al-Waara, and Ramallah by MEE correspondent. 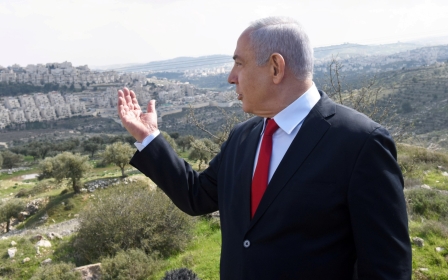 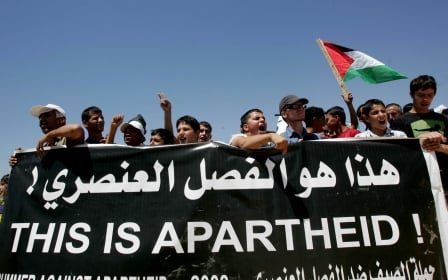 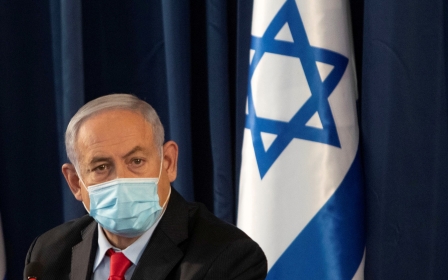