The deal would see the Tiran and Sanafir islands handed over to Riyadh, while the Saudi kingdom would allow Israeli flights to use Saudi airspace, according to Axios 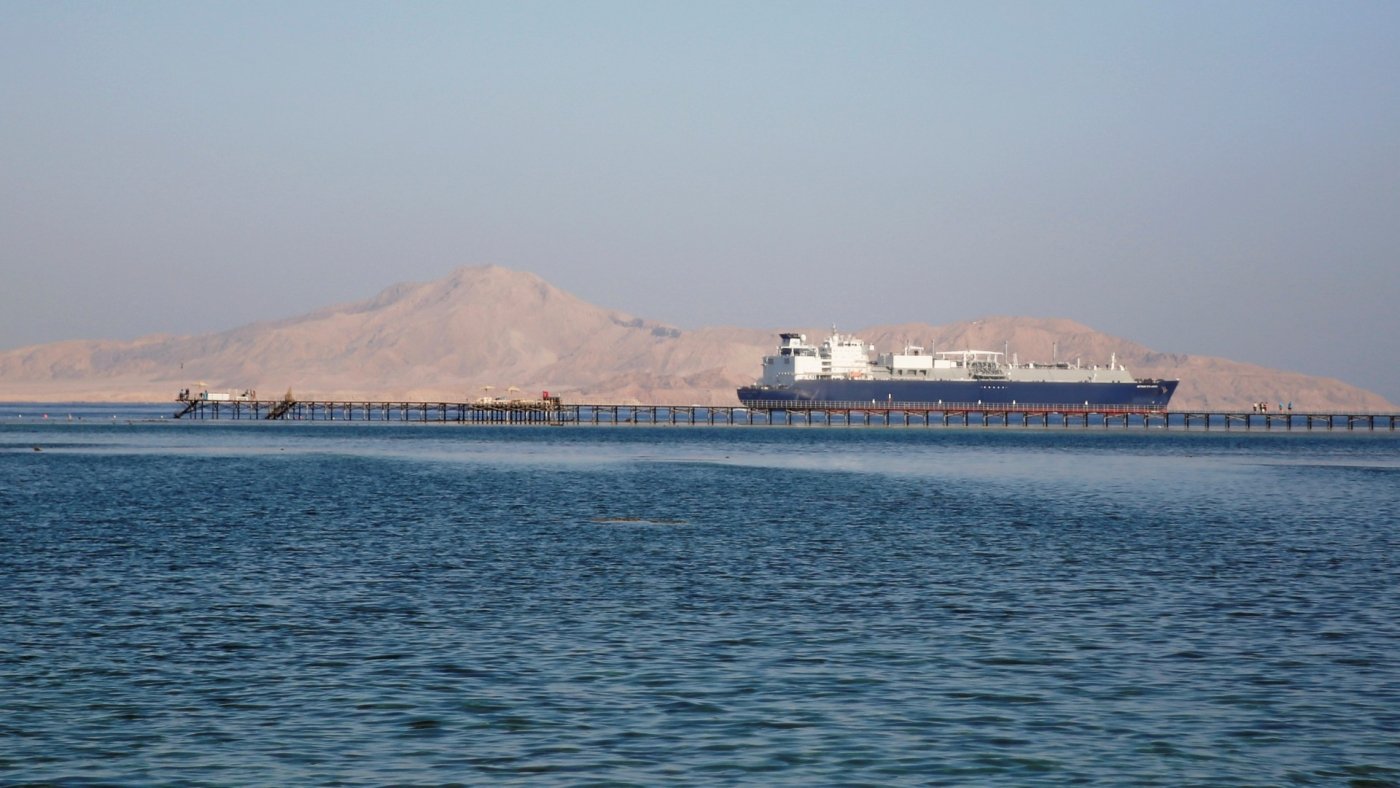 Israel on Thursday approved the outline of a deal that would cede control of two strategic Red Sea islands from Egypt to Saudi Arabia, potentially paving the way for Riyadh to take steps towards normalising relations with Israel.

Israeli officials told Axios they had given the green light for the Tiran and Sanafir islands deal to the US on Thursday. The parameters of the deal over the two islands were approved by the Israeli prime minister's office, as well as the foreign and defence ministries, the Israeli officials said.

Tiran and Sanafir, lying at the entrance of the Gulf of Aqaba, were due to be transferred from Egyptian control to Saudi Arabia in 2018, but the deal required Israel's sign-off due to the 1979 Israel-Egypt peace treaty - which required international observers to be stationed on the strategic islands. Riyadh, however, wanted to the observers to leave.

The new agreement would see them moved to new positions on Egypt's Sinai peninsula, as well as the installation of cameras to monitor activity on the islands and within the Strait of Tiran, the officials said.

The officials added that the steps were expected to be announced during President Biden's visit to Saudi Arabia over the weekend.

The deal, which the US has been quietly negotiating for months and was previously reported in June, will also allow for a separate agreement with Saudi Arabia to allow Israeli airlines to use its air space for eastbound flights to India and China.

It would also allow direct charter flights from Israel to Saudi Arabia for Muslim pilgrims who want to visit the holy cities of Mecca and Medina. Currently, only Israeli flights to the United Arab Emirates and Bahrain can fly over the kingdom, as well as Air India flights to and from Israel.

Axios reported that as a part of the deal, Saudi Arabia will pledge to the US that it will maintain freedom of navigation in the Strait of Tiran for Israeli ships. Meanwhile, the US will give Israel security guarantees about maritime freedom based on the Saudi commitments. 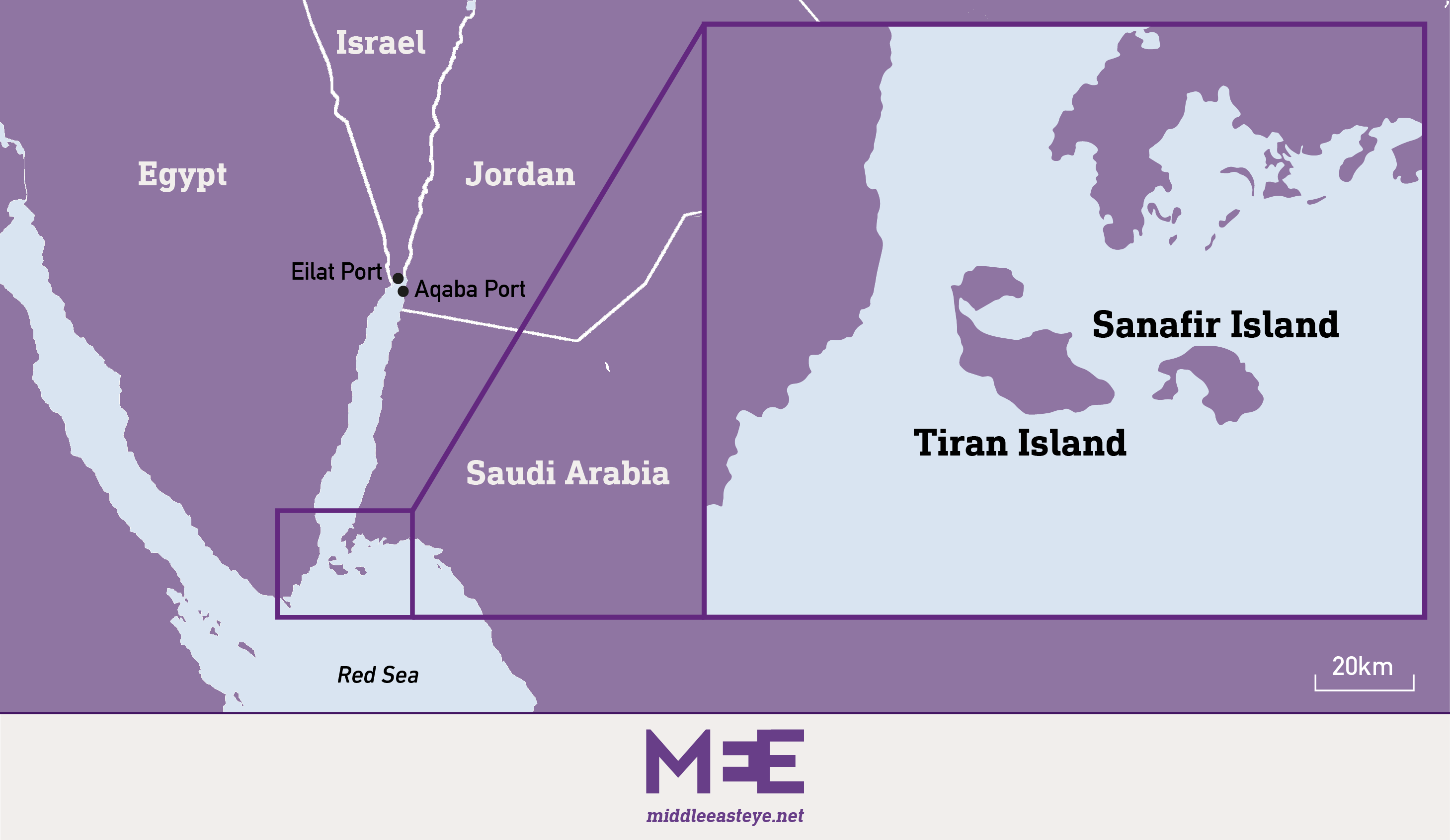 The Tiran and Sanafir islands - strategically located at the sea passage to the ports of Aqaba in Jordan and Eilat in Israel - were occupied by Israel in 1967 during the Six Day War, before being handed back to Egyptian control in 1982, four years after the two sides signed the Camp David peace accords.

Saudi Arabia has long claimed ownership of the islands and Egypt has administered them since 1950 for protection at the request of Riyadh.

In 2017, Egypt's Supreme Court approved a deal between the two countries that ceded the islands to Saudi Arabia despite public anger against the move.

During a news conference on Thursday with Israeli caretaker Prime Minister Yair Lapid, US President Joe Biden said he was "optimistic" about normalisation between Saudi Arabia and Israel. The US president is travelling to Saudi Arabia on Friday, where he will attend a regional summit of Arab leaders in the Saudi Arabian port city of Jeddah.

Saudi Arabian officials have recently spoken about potentially normalising ties with Israel, but insist the country will not move forward until progress has been made on addressing Israel's ongoing occupation of Palestinian territory. 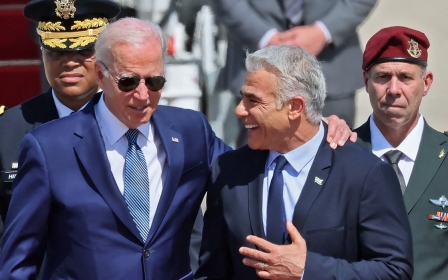 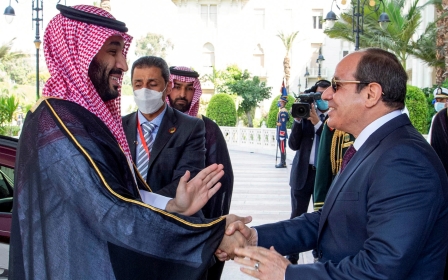 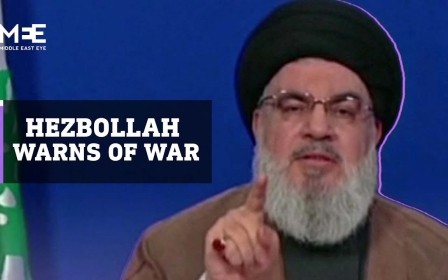