Bahrain and Oman could be the next Gulf countries to follow the United Arab Emirates (UAE) in formalising ties with Israel, Israel's intelligence minister said on Sunday.

Israel and the UAE on Thursday agreed to normalise relations, a move Palestinians saw as a betrayal of their cause by the Gulf country.

Under the agreement, Israel said it had agreed to suspend the annexation of parts of the occupied West Bank.

"In the wake of this agreement will come additional agreements, both with more Gulf countries and with Muslim countries in Africa," Israel Intelligence Minister Eli Cohen told Army Radio.

"I think that Bahrain and Oman are definitely on the agenda. In addition, in my assessment, there is a chance that already in the coming year there will be a peace deal with additional countries in Africa, chief among them, Sudan," he said.

Both Bahrain and Oman praised the US-sponsored accord, but neither has commented on its own prospects for normalised relations or responded to requests for comment on the subject.

The report did not give any details of the phone call, news of which was cleared for publication by Israel's military censor.

Netanyahu has met with Omani and Sudanese leaders in the past two years, including a visit to Oman in October 2018.

"I expect more countries will be joining us in the peace circle," Netanyahu told cabinet ministers on Sunday, according to a statement from his office.

"This is a historic change which advances peace with the Arab world and will eventually advance a real, sober and secure peace with the Palestinians," he said.

Palestinians across the occupied territories demonstrated against the agreement over the weekend.

Hundreds took to the streets in the occupied West Bank, East Jerusalem and Gaza Strip, decrying what they called an act of "treason" and "betrayal".

Israel signed peace agreements with Egypt in 1979 and Jordan in 1994.

Mauritania, a member of the Arab League, said it trusts the "wisdom and good judgment" of the UAE leadership for signing the accord with Israel, UAE state news agency WAM said on Sunday.

"The UAE possesses absolute sovereignty and complete independence in conducting its relations and assessing the positions it takes in accordance with its national interest and the interests of Arabs and Muslims," WAM quoted a statement from Mauritania's foreign ministry as saying.

Mauritania used to have full diplomatic ties with Israel, but froze relations in 2009 in response to the 2008-09 Gaza war. 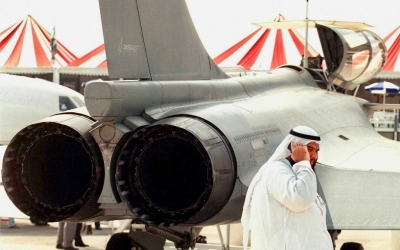 A close ally of Saudi Arabia, which has not yet commented on the UAE-Israel accord, Bahrain hosted a senior Israeli official at a security conference in 2019 as well as a US-led conference on boosting the Palestinian economy as part US President Donald Trump's Middle East plan.

Government sources in Kuwait said its position towards Israel is unchanged, and it will be the last country to normalise relations, local newspaper al-Qabas reported.

Luxembourg's foreign minister on Friday lambasted the UAE over the agreement.

"I also know because I have many contacts in this region that there is a fear of Iran, but I think you can't just let your own brothers down in order to pursue economic interests and perhaps also have more security for yourself," said Jean Asselborn in an interview with the Deutschlandfunk broadcasting network.

"One can see for quite some time that solidarity with the Palestinians is no longer a priority, especially in the Gulf," the minister said.