Moshe Hogeg was arrested with seven others by an anti-corruption unit, leading FC Barcelona to cancel a contract with Ownix, the NFT marketplace he advises 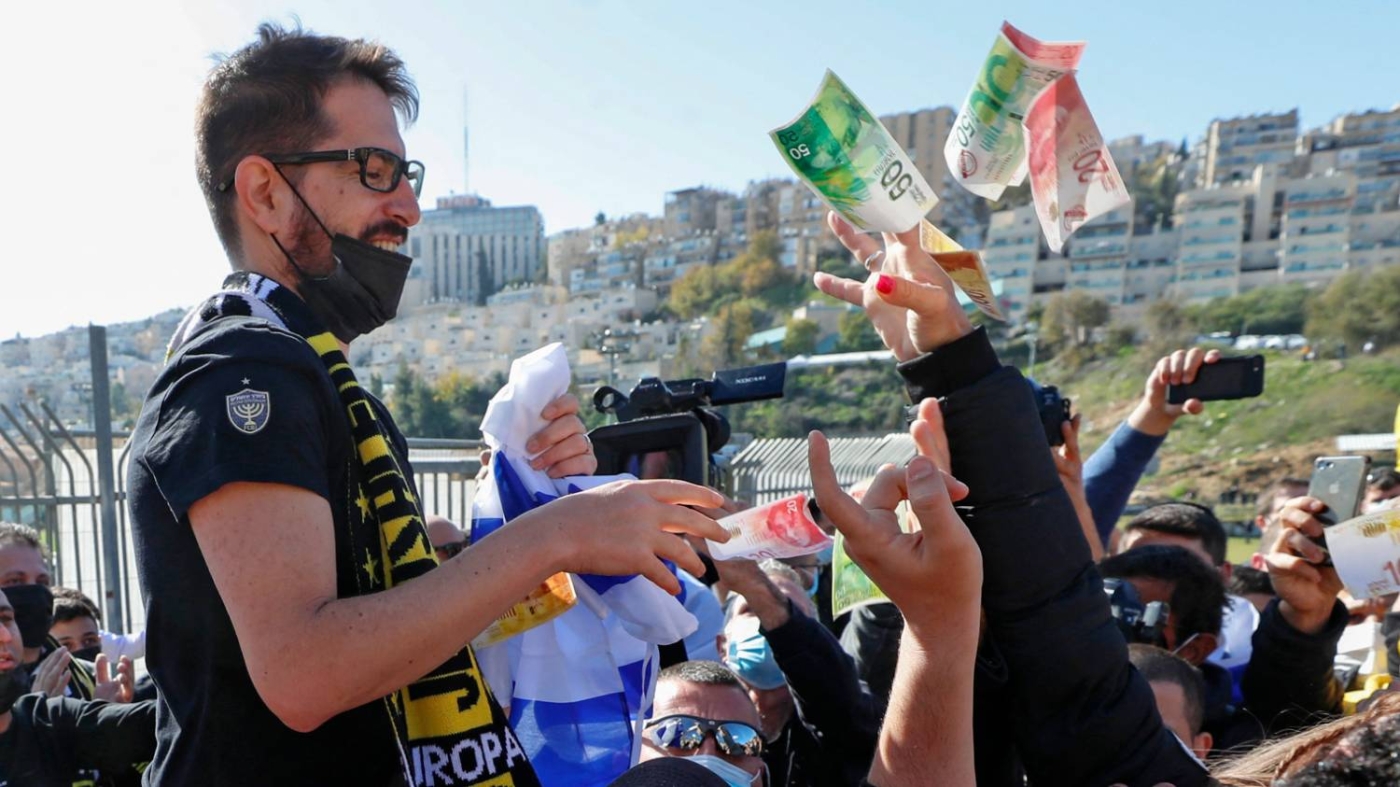 Hogeg, who bought Beitar Jerusalem in 2018, one of Israel's top football clubs, was arrested with seven other businesspeople on Thursday, following extensive investigations by Lahav 433, a police anti-corruption unit that tackles financial crimes.

Lahav 433 said the suspects had pocketed tens of millions of shekels through deception and tricking investors into pouring money into cryptocurrency investments that Hogeg had opened.

The Israeli police arrested Hogeg and a family member at Beitar Jerusalem's office. Homes and offices of the other suspects were also raided, to collect evidence. 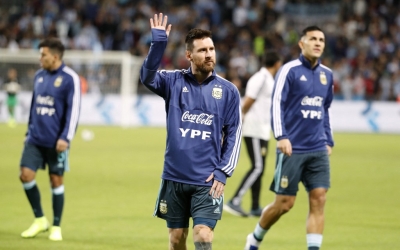 The Israeli police said the group, of which Hogeg was a ringleader, defrauded investors for extended periods "in a number of projects in the field of cryptocurrencies.

"Each pocketed millions of shekels, while making false presentations to potential investors to invest in seemingly profitable ventures," the Israeli police said.

His lawyers, Moshe Mazor and Amit Hadad, said in a joint statement that "Hogeg vehemently denies the suspicions against him and is cooperating fully with the investigators. We are sure that at the end of the investigation it will become clear that there is no basis for the allegations against him."

Following news of the arrests on Thursday, FC Barcelona said that it decided to cancel a contract to "create and market NFT digital assets with Ownix with immediate effect". Hogeg is reportedly an adviser to Ownix, a marketplace for non-fungible tokens (NFT), digital assets bought and sold online. FC Barcelona said its decision came “in light of information received today that goes against the Club’s values".

Hogeg had announced in September that Beitar's management would be transferred to a trustee as of January, in a bid to find a new buyer for the club.

Hogeg made a fortune trading cryptocurrency, and described himself as a "CryptoPunk", before venturing into football ownership - ambitious enough to want to change the image of Beitar Jerusalem, the racist, anti-Palestinian and anti-Muslim football club.

In December 2020 he flew to Dubai to seal a 300m shekel (almost $92m) investment over a 10-year period with UAE businessman and royal Hamad Bin Khalifa Al Nahyan. However, the deal - in which Nahayan bought 50 percent of Beitar - was frozen and it collapsed last February, as Israel's Football Association raised questions over "significant gaps" in the Emirati's financial situation.

The deal had been hailed as an example of agreements that could be inked between Israel and the UAE to deepen their diplomatic, military and commercial ties, after the two countries signed the US-led normalisation deals in Washington in September 2020. 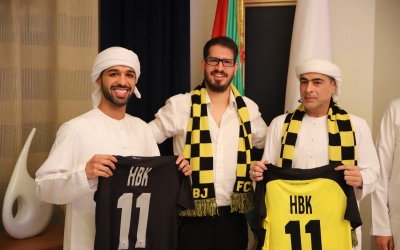 Some Beitar fans expressed their anger over the deal, spraying graffiti on the outer wall of Beitar Jerusalem's stadium: "Muhammad is Dead", "Death to Arabs", "Fuck Dubai", and "You can't buy us!!! $ Don't fuck with us!"

Beitar Jerusalem fans are known for racist chants against Palestinians, Arabs and Muslims. It is the only club in the Israeli Premier League never to have signed a player from the Palestinian community in Israel, which comprises 20 percent of the country's population.

In 2013, the club had its offices torched after it decided to sign two Muslim Chechen players, Gabriel Kadiev and Zaur Sadayev, from the Russian league. Fans were so incensed by the signings that some walked out of a game, despite one of the Chechens scoring.

Beitar's hardcore fan base, known as La Familia, is notoriously abusive towards opposing players, routinely taunting them with racist and anti-Arab chants. One chant goes: "Here we are, the most racist team in the country."

Fans of the club have been seen flying giant banners at their ground, depicting a man carrying a gun and emblazoned with the words "WAR!" and "La Familia". 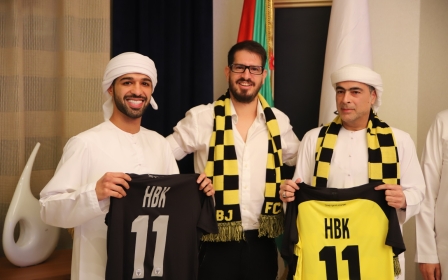 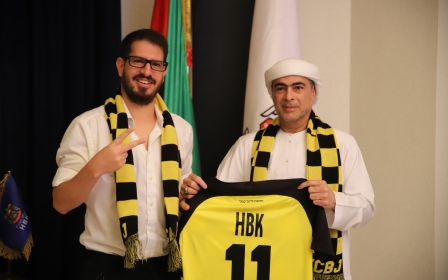 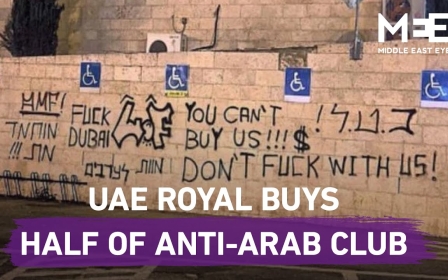