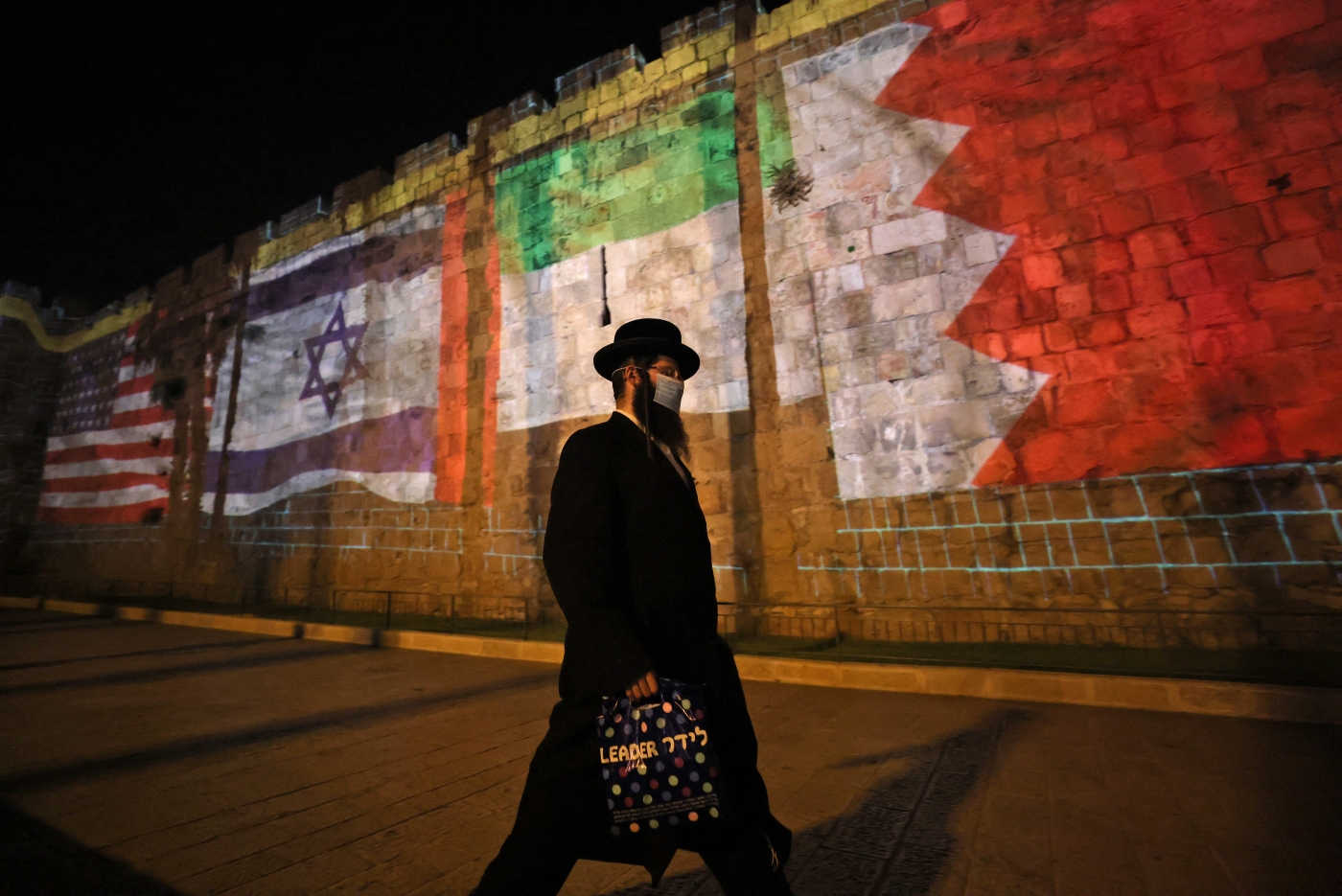 The flags of the US, Israel, United Arab Emirates, and Bahrain are projected on a section of the walls surrounding Jerusalem's Old City in a show of support for the normalisation deals on 15 September 2020 (AFP)
By
MEE staff

The Biden administration said on Friday that it will encourage more Arab and Muslim nations to normalise ties with Israel during a ceremony commemorating the first anniversary of former President Donald Trump's "Abraham Accords".

"We will encourage more countries to follow the lead of the Emirates, Bahrain and Morocco," US Secretary of State Antony Blinken said in a virtual meeting with ministers of the three countries as well as Israel.

"We want to widen the circle of peaceful diplomacy, because it is in the interests of countries across the region, and around the world, for Israel to be treated like any other country." "One of our goals, our common goals, is to make sure that other countries will follow suit and join us in this course and in this new era of cooperation and friendship," he said.

The UAE agreed to normalise ties with Israel last September during the final months of the Trump administration.

Bahrain, Sudan and Morocco all followed suit, in deals that shattered a longstanding Arab consensus that there should be no normalisation with Israel until it reaches a comprehensive peace deal with the Palestinians.

Following the agreements, the Trump administration validated Morocco's claim to the contested Western Sahara region. Sudan was removed from the US list of state sponsors of terrorism, and the UAE secured a deal for advanced F-35 fighter jets - but that deal was subsequently frozen by the Biden administration.

'We all must build on these relationships'

During Friday's ceremony, Blinken, who has sought to repair ties with the Palestinians badly damaged under Trump, said: "We all must build on these relationships and growing normalisation to make tangible improvements in the lives of Palestinians, and to make progress toward the long-standing goal of advancing negotiated peace between Israelis and Palestinians."

Moroccan Foreign Minister Nasser Bourita echoed Blinken's remarks, saying normalisation was no substitute for an accord between the Israelis and the Palestinians.

"Morocco believes that there is no other alternative to a two-state solution with an independent Palestinian state," he said.

Both the Palestinian Authority (PA) and Hamas, which governs the Gaza Strip, have condemned the normalisation deals as a "stab in the back" of their people.

Also during the virtual event, Lapid said he would be travelling to Bahrain later this month for what would mark the first such visit by an Israel minister. 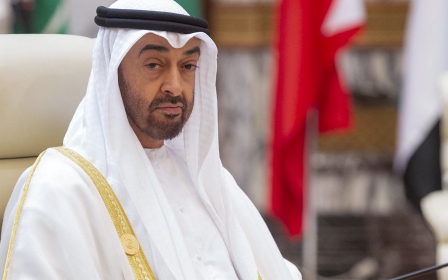 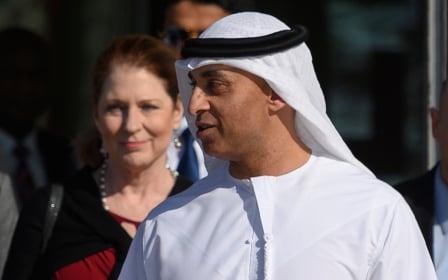 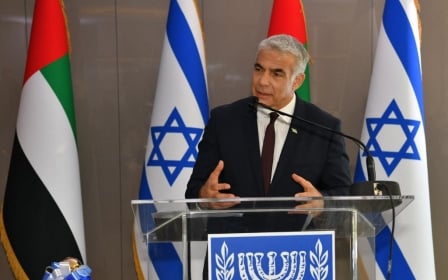