Neither Likud nor Blue and White look able to form a governing coalition, leaving Israel in political limbo 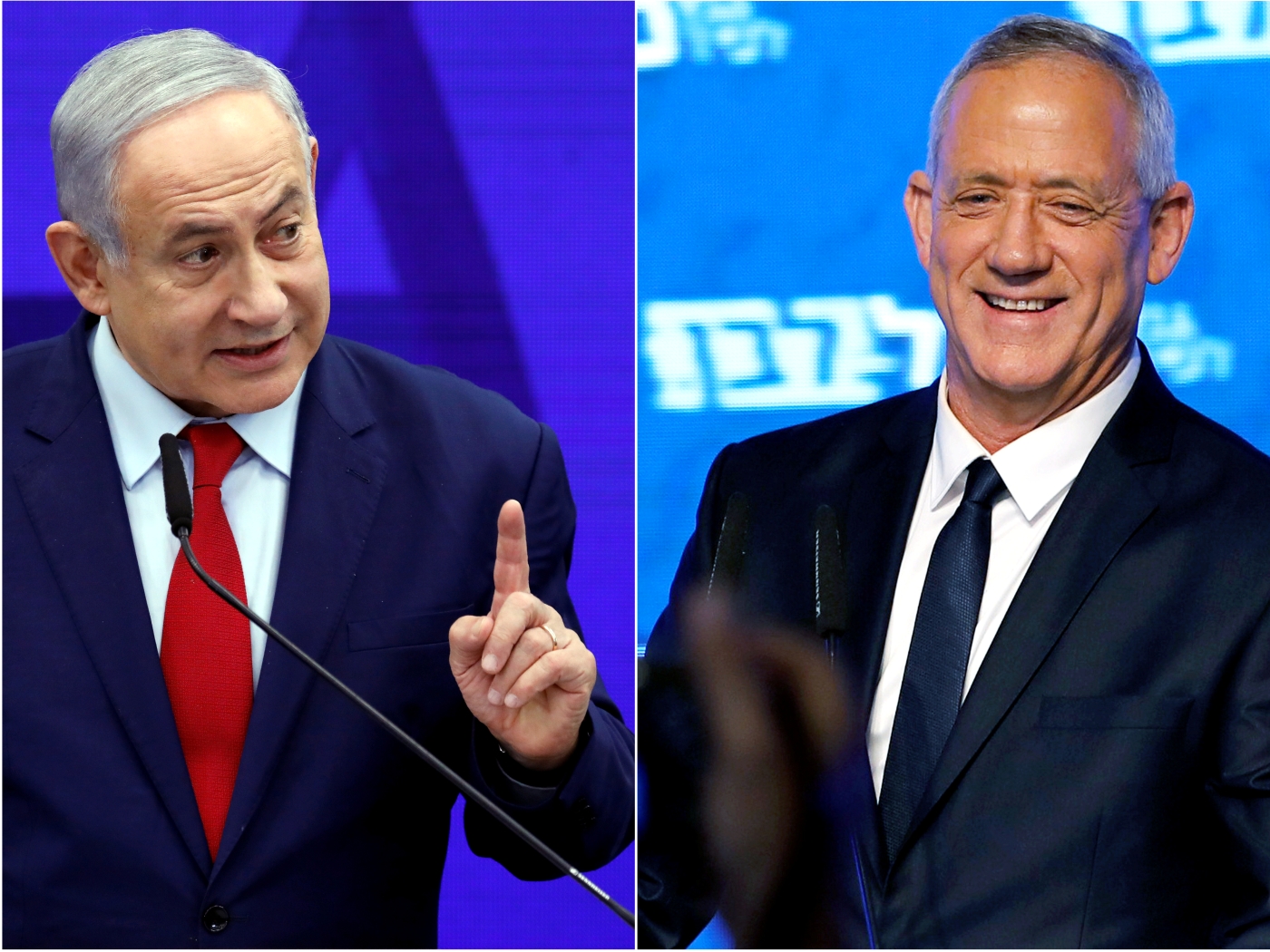 Both candidates must now rely on smaller parties to build a coalition - something that Prime Minister Benjamin Netanyahu was not able to achieve earlier this year (Reuters/File photo)
By
Lubna Masarwa
, Noa Borstein
, Daniel Hilton

Exit polls are showing Prime Minister Benjamin Netanyahu's Likud party in a virtual tie with Benny Gantz's Blue and White at the end of election day in Israel, making the final outcome of the vote uncertain.

Two out of three polls showed Gantz's party marginally ahead, with one showing both parties neck and neck on 32 seats. Israel's parliament, the Knesset, has 120 seats and 61 are needed for a majority.

Both candidates must now rely on smaller parties to build a coalition - something that the prime minister was not able to achieve earlier this year.

Netanyahu had claimed victory in the last election on 9 April. Still, he was not able to put together a ruling conservative bloc with right-wing parties.

This re-run election appears to have given a near-identical outcome, though final results are not expected to come in until Wednesday morning.

The outcome of Tuesday's election may spell the end of Netanyahu's political career, as he faces multiple investigations into several corruption cases.

Polls showed the third-largest party being the Joint List, which represents Palestinian citizens of Israel. At a predicted 11-13 seats, the Joint List could play a major part in blocking Netanyahu's path to retaining power.

In a post-election rally, Gantz said he was negotiating to form a coalition government, but stopped short of declaring victory after Tuesday's elections.

"We succeeded in our mission and stuck to our path," Gantz said

Netanyahu neither claimed victory nor conceded defeat in a brief speech to supporters early on Wednesday.

Instead, he called for a "strong Zionist government" that would exclude Palestinian Israeli parties.

"There won't and cannot be a government supported by anti-Zionist Arab parties who deny the existence of Israel as a Jewish and democratic state, who glorify bloodthirsty terrorists who murder our soldiers," Netanyahu said, as reported by Haaretz.

The message appeared to warn Gantz and other parties against forming a coalition with the Joint List.

Netanyahu campaigned hard and not always legally throughout Tuesday.

In the final hours of election day, he aired several live videos on social media, with his voice becoming ever more hoarse as he urged voters to come out to the polls.

He gave one interview to the right-wing Kol Chai radio station and another one to the Galey Israel radio station.

The interviews were in breach of Section 129 of Israeli election law, which bars candidates from giving radio and TV interviews while voting is underway, according to Israeli newspaper Haaretz. Future or funeral? Israel's Labor party could be on the verge of extinction
Read More »

On Tuesday, Facebook suspended the automatic message service for Netanyahu’s campaign page for illegally distributing polling data. The feature was reinstated later in the day after Netanyahu promised not to break election law again.

In keeping with the general tone of his campaign so far, which has been accused of being outright racist, Netanyahu on several occasions stoked fears that Palestinian citizens of Israel were voting in high numbers.

It is a tactic that is thought to have swung the 2015 election in his favour, and this year the prime minister appeared in several public locations warning the same.

His social media accounts, too, alleged that voting was low in right-wing neighbourhoods and high in places where Palestinians and left-leaning Israelis voted. Most commentators doubted the veracity of his claims.

"It’s true he's lying sometimes, but he knows what he's doing," Larissa Smasnko, 65, told MEE after casting her vote for Likud in the Mediterranean city of Bat Yam.

Smasnko, who works in the ground staff at Ben Gurion Airport, said she was voting for Netanyahu because of his experience and international renown.

"I think old shoes are more comfortable," she said.

Gantz voted early in his hometown of Rosh Haayin, east of Tel Aviv.

Like Netanyahu, the former army commander flooded social media with pleas for Israelis to vote for him. A video of him leaning out of his car and chatting with a passer-by attracted particular attention.

Surina Pinkus, 62, voted for Blue and White despite being a self-described "veteran Likudnik".

'Netanyahu made me hate the party. He must be replaced to end his fiery and aggressive discourse'

"Netanyahu made me hate the party," Pinkus told MEE. "He must be replaced to end his fiery and aggressive discourse."

In Jaffa, Joint List candidate Sami Abu Shehada said the close race between Likud and Blue and White meant it was more important than ever to vote for smaller parties that can play a decisive role.

Ahead of the election, there were concerns that the turnout among Palestinian citizens of Israel would be low.

Many in the community feel disillusioned and disenfranchised, particularly since the highly controversial nation state law was passed last year enshrining Jewish primacy in the country.

Abu Shehada said the numbers at polling stations had been a pleasant surprise, however.

"This is a much more positive election than the one last April. People are far more encouraged. There is better participation," he told MEE, adding that Netanyahu’s racist incitement against Palestinian citizens of Israel had "pushed people to vote more".

Israelis were handed the day off on Tuesday and provided with intercity free transport. That spurred many to hit the beaches.

The contrast with the occupied West Bank, where half a million Israeli settlers live illegally alongside 2.5 million Palestinians unable to vote, was stark. On Monday, the Israeli army confirmed that all checkpoints and crossings between Israel and the Gaza Strip and the West Bank would be closed for 24 hours on Tuesday during the election, with exceptions made for humanitarian and medical cases.

According to Palestinian Authority (PA) civil affairs spokesman Walid Wahdan, some 150,000 Palestinians with permits to work in Israel were forced to stay home because of the closures.

With unemployment and poverty levels high in the occupied Palestinian territories, and Israel regularly withholding taxes it collects on behalf of the PA, economic journalist Jaafar Sadaqa told MEE that Palestinians working in Israel bring an estimated 10bn shekels ($2.8bn) in much-needed wages into the Palestinian economy.

"Even one day is important and economically influential," Sadaqa said. 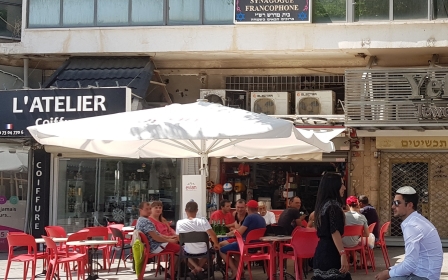