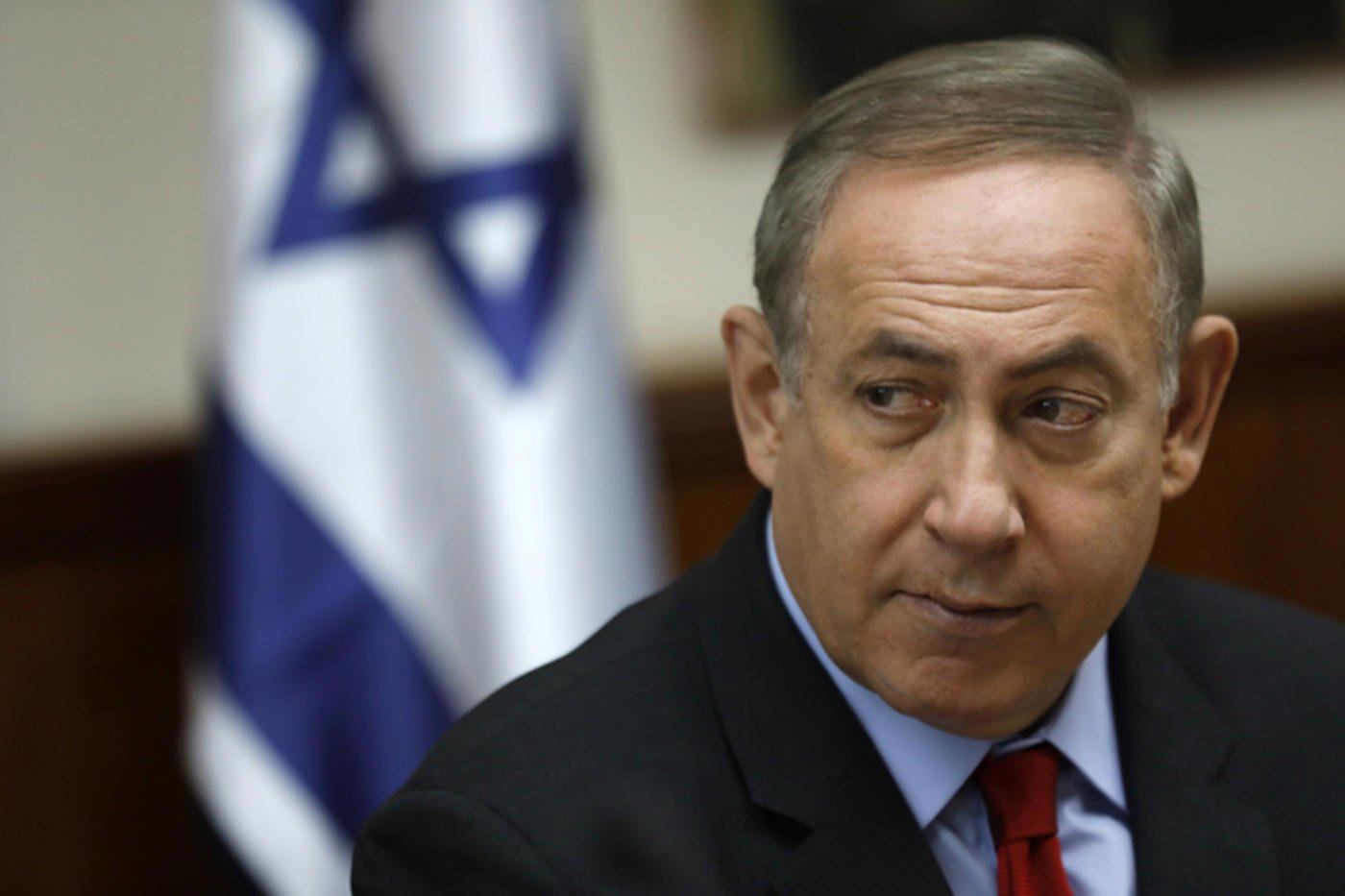 Israeli Attorney-General Avichai Mandelblit has announced that Prime Minister Benjamin Netanyahu will be indicted, pending a hearing, as part of three corruption cases.

“You have hurt the image of public service and public faith in it,” Mandelblit told Netanyahu in his decision. “You acted in a conflict of interests, you abused your authority while taking into account other considerations that relate to your personal interests and the interests of your family. You corrupted public servants working under you.”

The announcement comes just 40 days before a national election in which the Israeli leader was expected to compete for an unprecedented fifth term. Netanyahu’s Likud party had attempted a last-minute ploy to suppress the indictment through an appeal to the Supreme Court, which was rejected.

Falling in the polls

Though the election campaign began with Likud in a commanding lead, matters have taken a turn for the worse. Former Israeli army chief of staff Benny Gantz formed a new party, Resilience, and then merged it with Yair Lapid’s Yesh Atid. They called their new centre-right coalition Blue and White, and it has taken off, according to recent polls.

Even before the indictments, Israeli voters were giving a slight lead to the Gantz-Lapid union; it is likely to grow even larger with Netanyahu facing prosecution.

The police and state prosecutor have been investigating the prime minister for several years on four different sets of charges, known as Cases 1000, 2000, 3000 and 4000. The first involves gifts worth $280,000 from billionaires including Hollywood producer and former Mossad spy Arnon Milchan and Australian businessman James Packer. Each allegedly requested intervention with residency or visa requests and in return showered the Israeli leader and his wife with fine Cuban cigars, pink champagne and stays at luxury hotels.

Will his Likud followers and the other parties in his coalition stand by him, or will they smell blood in the water and force him to resign?

So what happens now? Will Netanyahu attempt to rally his troops and retain his party leadership? Will his Likud followers and the other parties in his coalition stand by him, or will they smell blood in the water and force him to resign? Could that happen before the election?

Though Netanyahu, like US President Donald Trump, instills a combination of fear and loathing in his followers and members of his coalition government, politicians are, above all, survivalists. If they perceive ever-diminishing returns from continuing their allegiance to Netanyahu, they will turn to an unblemished figure, such as Gideon Saar, to lead them.

Whether or not Netanyahu resigns before the election, his coalition looks to be in a perilous predicament. A recent Times of Israel poll found that Israelis may turn to the Blue and White coalition in increasing numbers: 44 seats to Likud’s 25. This would put the former easily in a position to form a new governing coalition.

If Likud forces Netanyahu’s resignation, it could help the party’s chances. Unless the prime minister, a seasoned street fighter and political survivor, pulls a rabbit from his hat, his career may soon be over.

But would that change anything? Even if a new centre-right coalition takes the reins of power, will there be any changes on the issue of Palestine, or on the continuing tensions along Israel’s borders with Lebanon and Syria?

To answer that question, it’s worth noting that two of the three leading figures in Blue and White are former Israeli army chiefs of staff. They didn’t earn their reputations by seeking compromise with Palestinians.

In fact, the video Gantz produced to launch his campaign featured drone footage documenting the Dresden-like ruins of Gaza caused by Israel’s 2014 offensive, under Gantz’s command. The former chief of staff reportedly used the video footage without the permission of its Gaza-based owner, entirely characteristic of Israel’s overall treatment of Palestinians.

Trump’s ‘deal of the century’

The last former Israeli army chief of staff who seriously advocated for peace with Palestinians, Yitzhak Rabin, was assassinated by a settler extremist. His killing led to Netanyahu’s first election victory, and except for a decade-long interval, he’s ruled ever since. That lesson isn’t lost on someone like Gantz.

Trump has infamously called his efforts to negotiate peace in the Middle East the “deal of the century”. His son-in-law, Jared Kushner, has been on a grand tour of the region, with stops in the Gulf, Israel and Turkey. The trip is a prelude to the much-anticipated rollout of the peace plan, which will likely fail to impress those it seeks to entice. 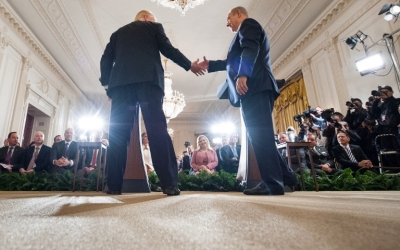 Instead of resolving political disputes or recognising national rights, it will reportedly seek to subsume the entire process into a financial negotiation. According to a report in the New York Times, while the White House has not released details of the economic component, “analysts who have followed its development said that they had been told it will involve investing about $25bn in the West Bank and Gaza over 10 years and another $40bn in Egypt, Jordan and perhaps Lebanon, depending on their performance meeting certain goals”.

In return, Arab parties would, presumably, be expected to relinquish any claims on Israel, including the resettlement of Palestinian refugees in their midst.

When he was in Israel, Kushner made this fairy-tale-like statement, revealing his poor grasp of this conflict: “The political plan, which is very detailed, is really about establishing borders and resolving final status issues.

"The goal of resolving these borders is really to eliminate the borders. If you can eliminate borders and have peace and less fear of terror, you could have freer flow of goods, freer flow of people and that would create a lot more opportunities.”

This sounds more like hocus-pocus than international diplomacy. How can you “establish a border” that somehow eliminates borders and miraculously creates a financial windfall for all? There is no recognition here that neither trade nor freedom of movement are the key, or even among the most critical, sticking points in the conflict. Those, of course, are political and national rights.

In other words, Kushner sees the Israeli-Palestinian conflict as a commercial transaction. If you funnel enough money into the deal, each side will come away with something and leave, if not happy, at least financially sated. That may be how real estate deals operate, but it’s not how Middle East politics works.

The failure of the Trump plan - and fail it will - lets Israel off the hook. In the absence of any serious political negotiations, Israel maintains the status quo. There will be little pressure to take any initiative, since Israel can point to the US plan and say that it tried and failed.