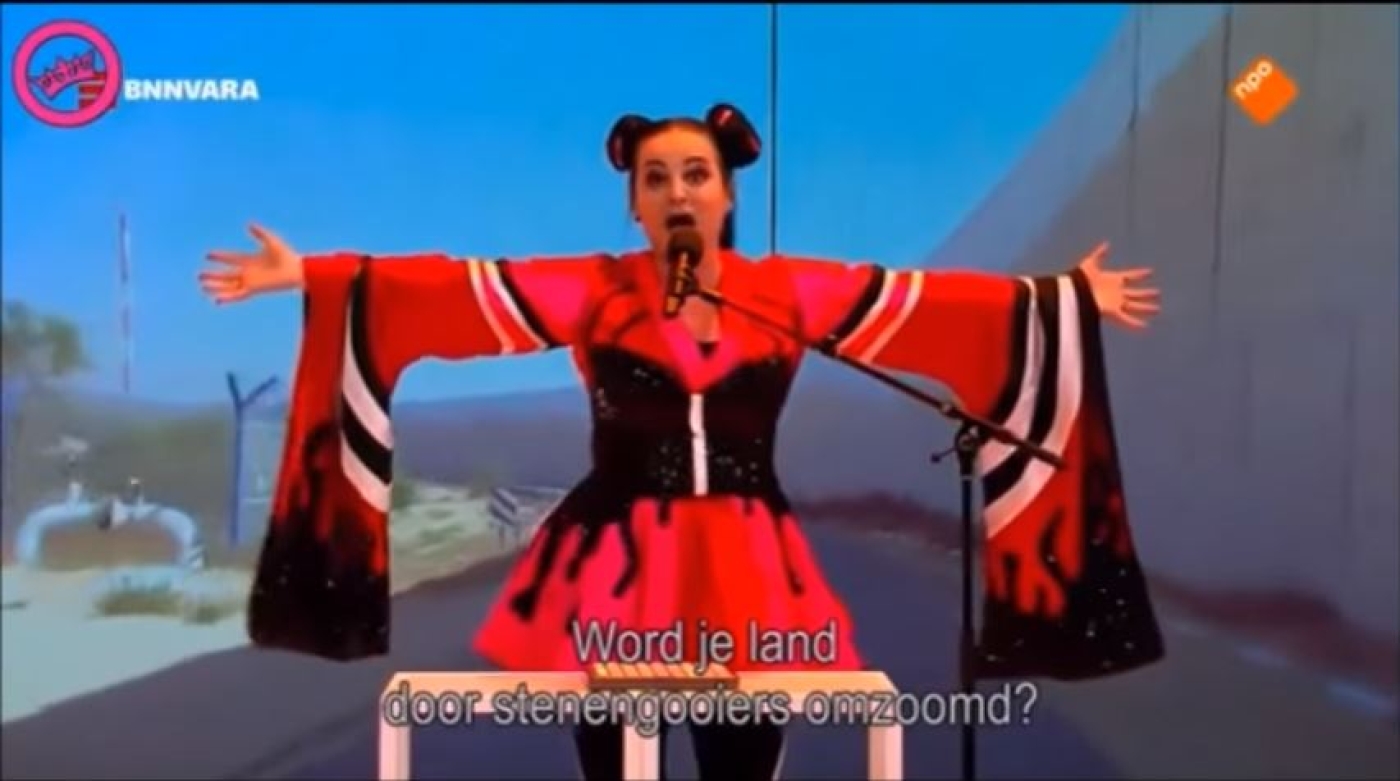 Israel has formally complained over a Dutch comedian's parody of Israel's Eurovision song contest winner. The parody criticises Israeli treatment of Palestinians and was branded 'anti-Semitic' by some viewers.

De Vries sang her parody in front of images of protests in the Gaza Strip on 14 May, the same day as the US opened its embassy in west Jerusalem. The comedian also used the song to say the US move was a money making venture.

Footage of the separation wall, Israeli soldiers firing at crowds, and "March of Return" protests also featured in the background.

Some Dutch viewers claimed on Twitter that the song was "anti-Israel" and also "anti-Semitic".

“Is this what my taxes go on?” one Twitter user asked. “Once again anti-Semitism has returned to the mainstream! How sad,” another complained.

“Now you have really been exposed,” wrote another. “You don’t have the courage to condemn Islam.”

The Israeli embassy in the Netherlands submitted a formal complaint to the television station that broadcast the parody. The complaint was also sent to the Dutch foreign ministry and to a leading Jewish community group.

The details of the formal Israeli complaint were not made clear.

De Vries's lyrics said: "Look at me, I am such a cute country; World leaders all eat out of my hand; I make all fires disappear with a kiss; We are having a party, you wanna come?

"In al-Aqsa mosque, which will soon be empty; From Haifa to the Dead Sea; there is kosher food and drink; So come and dance with me." 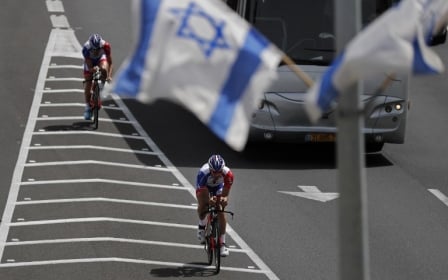