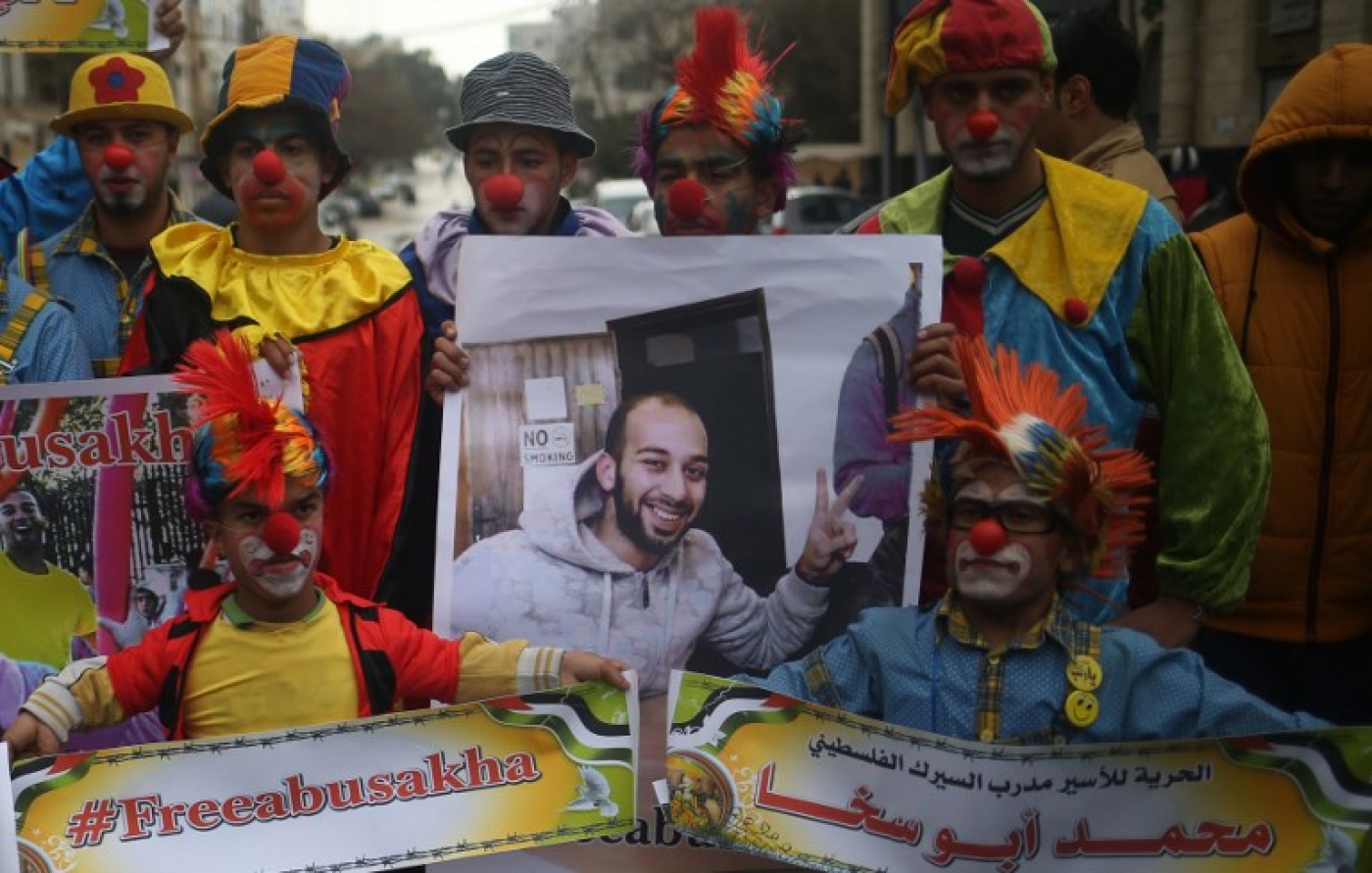 WEST BANK, Palestine - It was a gift just in time for Eid – and a gift of the best kind. After nearly two years in an Israeli prison without charge or trial, Palestinian clown Mohammed Abu Sakha, was released on Wednesday and returned to his family.

A group of friends from the Palestinian Circus School, where he used to work, met him at a checkpoint in the south of the occupied West Bank and then took him to his home in Jenin.

Abu Sakha, 26, told Middle East Eye that he had mixed feelings about being released from administrative detention, a controversial measure under which Israel detains suspects without trial for periods of several months.

'I’m happy to be released, but I know that there are many people in the same position as me still inside'

“I’m happy to be released … but I know that there are many people in the same position as me still inside, so I’m sad at the same time,” said Abu Sakha.

“The people inside have a very difficult situation. There are always searches, in the morning, at midnight. There’s no possibility of a personal life inside.”

Abu Sakha was arrested at an Israeli checkpoint on 14 December 2015, and held since then under a series of administrative orders.

Israel's Shin Bet security agency accused him of being a member of the leftist Popular Front for the Liberation of Palestine, which the Jewish state considers a terrorist group because of its armed wing.

But Abu Sakha denied the allegations and said Israeli forces never told him the exact reason for his arrest or how long he would be detained.

'When I saw how many people loved him enough to celebrate his release, it made me very happy'

Abu Sakha’s mother was ecstatic about her son’s return home.

“When I saw how many people loved him enough to celebrate his release, it made me very happy.”

Before his arrest Abu Sakha had worked as a trainer at the Palestinian Circus School in Bir Zeit in the occupied West Bank.

His imprisonment had sparked a high-profile campaign for his release, with support from circus performers and activists around the world, with Amnesty international calling for him to be "charged with a crime or released".

“I heard that there were people working for my release, and that made me happy,” Abu Sakha said. “For people to work for the end of administrative detention – that’s something very important to all Palestinian prisoners.”

Shadi Zmorrod, the founder of the circus school, and one of the organisers of the campaign, told MEE that with Abu Sakha’s release he felt like he could breathe again, but that he still felt angry.

“It’s shocking to see how someone can be imprisoned for 21 months, without charge, and at the end be released without being charged with any crime at all. They took away 21 months of his life, and 21 months from those that needed him.”

Abu Sakha was one of the hundreds of Palestinian prisoners who joined a mass hunger strike earlier this year, and his mother went on strike in solidarity along with him.

“I want to be as close as possible to my son in his pain,” Rajaa said at the time of her strike.

'They took away 21 months of his life, and 21 months from those that needed him'

“It’s impossible to think of yourself, and only yourself, after an experience like that.”

According to Zmorrod, Abu Sakha’s absence had been keenly felt by the children with mental disabilities that he had taught before his imprisonment.

“Before, whenever they needed him, he was always there. So, when they took him away, it was like taking away a big brother,” Zmorrod said.

“To these children, who attach a lot of importance to their emotions, it [the arrest] was incredibly hurtful.”

Abu Sakha told MEE that he was looking forward to returning to work soon and making a difference in his community.

'Before, whenever they [disabled children] needed him, he was always there'

“We also now have a war of ideas in our society. Extremist ideas are easily accessed on the internet: if the kid is with us, then we can work with them, and prevent them from falling for their ideas.”

But Zmorrod said that despite his friend’s enthusiasm, Abu Sakha would require a substantial amount of physical rehabilitation after being a jail cell for so long.

“He won’t be the same as he used to be, because in prison you’re just sat on your bed… [with no exercise] and there was his 40-day hunger strike as well.

“That experience will have had a big negative effect on him. But we will work hard at the school to turn it into a positive one.”

Arbitrary detentions on the rise

Although it was a moment of joy for this particular family, Abu Sakha’s release came against the backdrop of a stark rise in the number of those newly detained without charge or trial by Israel.

The Palestinian Prisoners Society, an NGO, told MEE that 45 new orders had been issued in just the first half of August. That compared to just 19 issued in the whole of June, they said.

According to figures provided by the Israel Prison Service to the NGO Hamoked, the total number of administrative detainees in August was 465.

An Israeli army official confirmed the rise in the number of detentions to Israeli newspaper Haaretz.

They said that the rise was related to an increase in tension that followed a deadly attack on 21 July, when a Palestinian stabbed three Israeli civilians to death in their home in a West Bank settlement.

Although administrative detention is technically legal under international law, human rights groups have criticised its use by Israel as not having the strict safeguards attached that would make it legitimate.

Amnesty International, during its campaign on Abu Sakha’s behalf, said that they opposed administrative detention, “because it violates the right to liberty and to a fair trial”.

“Amnesty International also considers that Israel’s use of administrative detention itself may amount to cruel, inhuman and degrading treatment, given the detainee’s inability to know why they are being detained or when they will be released,” the group said in a statement.

Rajaa, his mother, hopes to make his homecoming a memorable one. “I’m going to make him all the food he’s missed.” 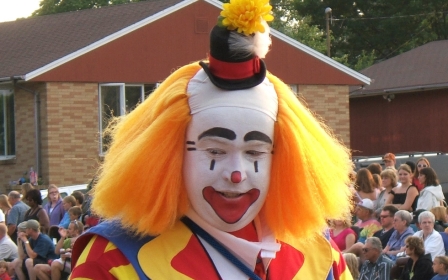 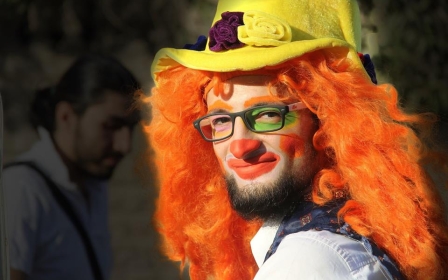 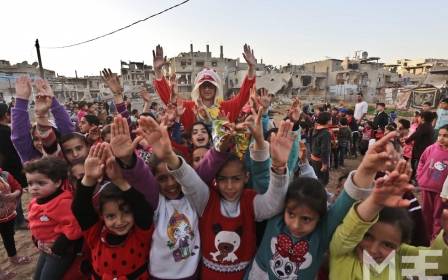