US: Kamala Harris serves wine made in illegal Israeli settlement during Passover seder

Vice president's adviser says wine's presence not an expression of policy, but advocates say it reveals 'serious contempt for Palestinians' 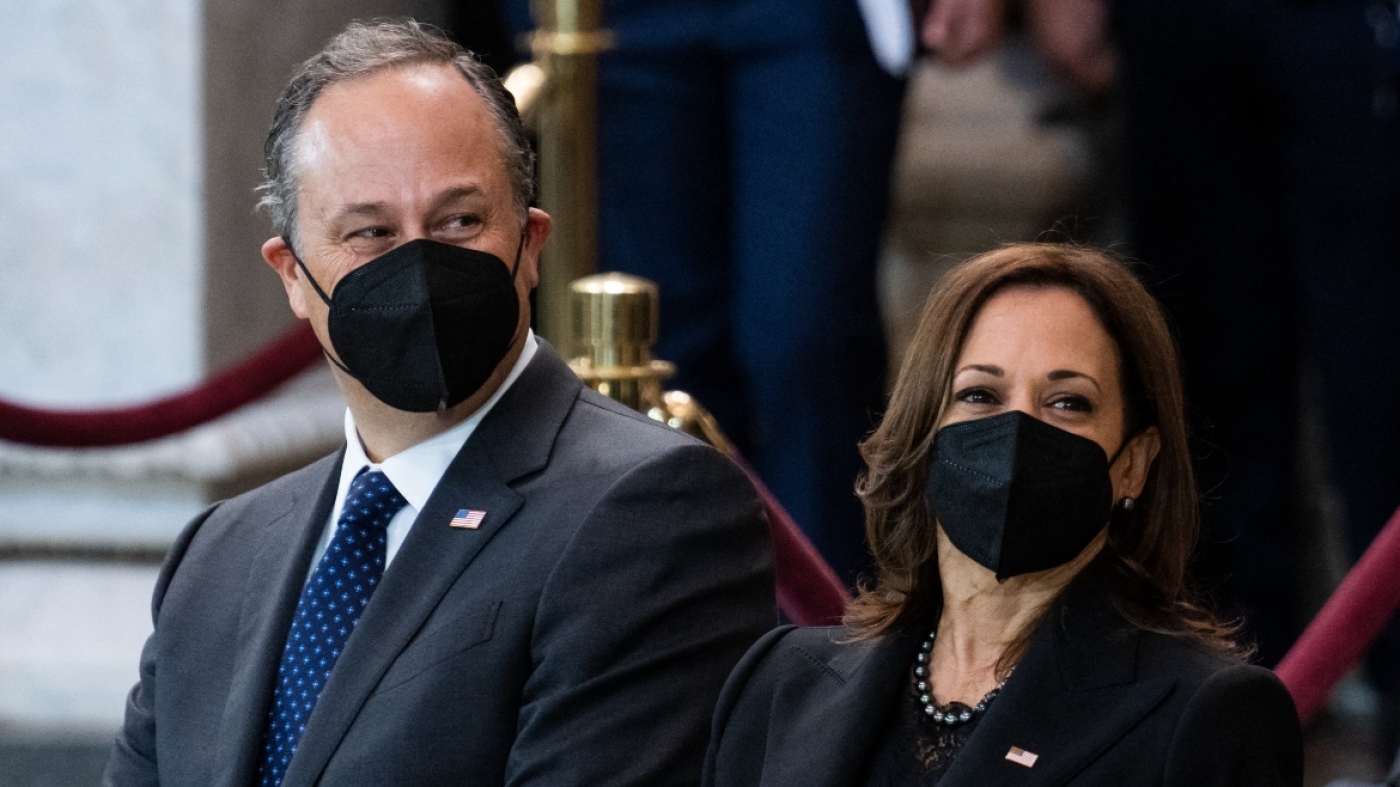 Kamala Harris and her husband Doug Emhoff, the first Jewish spouse of any vice president, in the US Capitol Rotunda, on 12 January 2022 (AFP)
By
MEE staff

US Vice President Kamala Harris served wine that was produced in an illegal Israeli settlement in the occupied West Bank during a Passover seder she hosted over the weekend, sparking outrage from Palestine advocates and Jewish groups.

Harris and her husband Doug Emhoff, the first Jewish spouse of any US president or vice president, hosted the celebration at their residence in Washington, and Emhoff tweeted a photo of the seder, which included Jewish members of the vice president's staff.

A reporter with Channel 12 News pointed out that the wine on the table was from the Psagot Winery in the occupied West Bank.

Herbie Ziskend, a senior communications adviser to the vice presidency, took to Twitter to say that the wine served during the seder was "in no way intended to be an expression of policy".

However, pro-Palestinian groups criticised the presence of the wine, saying the use of it itself demonstrates "contempt for Palestinians" and that international policy towards the Israeli settlements is merely "lip service".

"Kamala Harris [sic] served wine from Psagot at her Passover Seder. It is produced in an illegal Israeli settlement which is colonizing the occupied West Bank. This demonstrates serious contempt for Palestinians and int’l law," Michael Bueckert, vice president of Canadians for Justice and Peace in the Middle East, said on Twitter.

It’s not surprising that @VP Kamala Harris is serving Israeli settlement wine at her Seder dinner.

The policy that Israeli settlements are illegal is lip service across the board. https://t.co/LyP03nYYrE

The wine's presence at the seder also sparked a petition created by Americans for Peace Now, a liberal Zionist organisation in the US that aims to find a solution to the Israel-Palestinian conflict.

"West Bank settlements are not in Israel. They were constructed in occupied territory, under Israeli military occupation, with the stated objective of preventing the creation of a Palestinian state, to sabotage a future Israeli-Palestinian two-state peace agreement," said the petition, addressed to Secretary of State Antony Blinken.

"We urge you and the Biden administration to overturn the Trump-era State Department guidance that allows products manufactured in West Bank settlements to be labeled 'Made in Israel'.

"Doing so would rectify a misguided, damaging policy, and would be a significant contribution to advancing a future Israeli-Palestinian peace agreement."

The Psagot settlement was established in 1981 on the lands of al-Bireh, just outside Ramallah city in the central West Bank.

The hill where the settlement is built is known by Palestinians as Jabal al-Taweel and is the site of dozens of acres of privately-owned Palestinian land.

The winery had made headlines several years ago when it named a wine after former US secretary of state Mike Pompeo. In 2019, Pompeo declared that Israel's settlements in the West Bank were not inconsistent with international law, a move that drew widespread criticism from Palestinians. 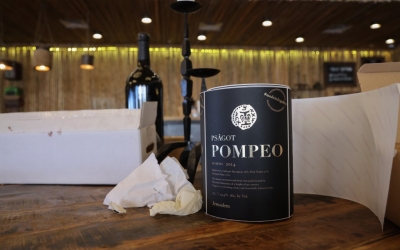 In December 2020, the former Donald Trump administration further required that any products made in Israeli settlements, built contrary to international law in the occupied Palestinian territories, be labelled "Made in Israel".

The policy decision, however, did not create any similar changes within the international community, which continues to acknowledge that Israeli settlements on occupied Palestinian land are illegal.

The major policy shift was condemned by Palestinian and progressive Jewish organisations, who have since called for the Biden administration to reverse it. 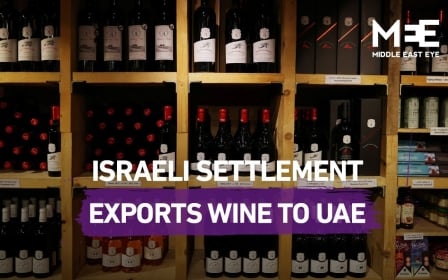 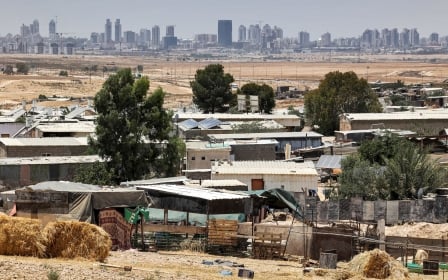 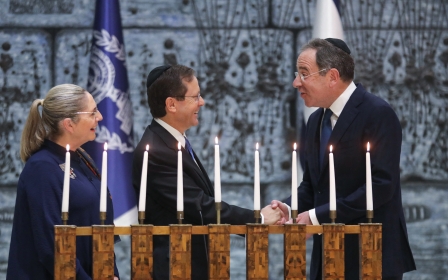 Diplomacy
US Ambassador rules out visits to West Bank settlements