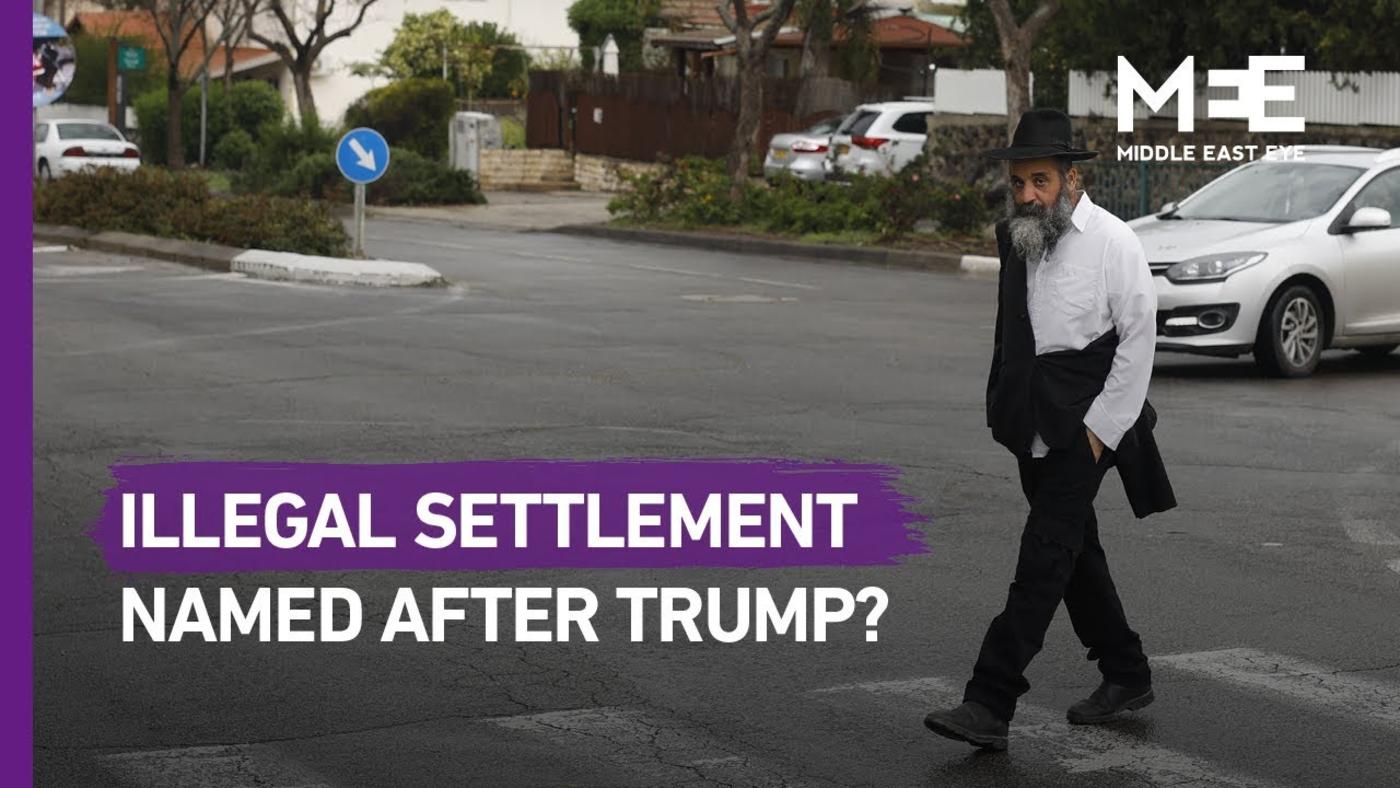 Israeli Prime Minister Benjamin Netanyahu said on Tuesday he would be putting forward a resolution to name a new illegal settlement in the occupied Golan Heights after US President Donald Trump.

Netanyahu said the move comes in recognition of Trump's decision last month to support Israel's sovereignty over the Golan Heights.

The move was an unprecedented change to long-standing US policy.

"All Israelis were deeply moved when President Trump made his historic decision," Netanyahu said in a video statement on the Golan Heights.

"After the Passover holiday I intend to bring to the government a resolution calling for a new community on the Golan Heights named after President Donald J. Trump," he continued.

Trump's move in the Golan Heights followed his decision in December 2017 to recognise Jerusalem as the Israeli capital, breaking with decades of foreign policy over the status of a divided city contested by the Palestinians.

Israel has said separately that, in appreciation of the US president, it intends to name a proposed train station near Jerusalem's Western Wall after him.

The Golan Heights was taken from Syria in 1967 and annexed by Israel, in a move that was not recognised internationally.